MAD PROPS to young(ish) Mr. Duggan for 1-Across! Those [Big-time kudos] are a perfect mate for 16A: [Response to a good dig], or “OH, SNAP!” It may be inappropriate for one of my age to use these expressions but I do love them so.

I don’t know about you, but I got through this puzzle faster than Friday’s puzzle. Did Will Shortz flip-flop the days? We’re back within range of the usual Saturday L.A. Times crossword’s difficulty level—this one took me as long as a Wednesday-to-Thursday NYT puzzle. There’s some odd fill that requires reliance on the crossings (yes, even for the world’s 13th best solver of American crosswords), and there are some clues that venture far afield of mere definitions. (Such clues tend to be my favorites.)

I said hi to Brad Wilber at the ACPT and told him that although plenty of people have called him their nemesis lately, I don’t think he’s that tough. And I don’t. If you handle the other Saturday constructors, you can tackle Brad. Don’t be scared! He’s totally non-scary in person. He’s alibrarian, for Pete’s sake. You’re not going to be afraid of a librarian who’s not going to fine you for returning a book late, are you? He toasts with a salt shaker! 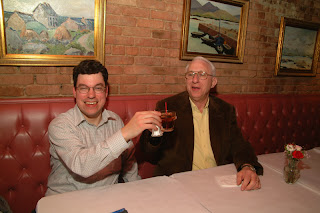 Take for a carnival ride anyway. Except for changing the ride number, Sarah clues her four theme phrases identically, and each one names a midway- or amusement park-favorite. (You may remember that in her last puzzle, Sarah used a variation of this same one-clue-fits-all technique.) Get yer tickets and use ’em to enjoy:

As a kid, I loved Baltimore’s local amusement park, Gwynn Oak, but it was only in reading this little Wiki piece that I learned a part of its less-than-proud history of resisting integration… Still, I have fond memories of this more homespun place which is so unlike today’s massive theme/amusement parks. I’ve never been to one. Are they fun? A guilty pleasure perhaps?

What’s fun to me are the films starring Groucho, Harpo, Chico, Zeppo and Gummo MARX [Surname of comedic brothers]. Especially on OFF DAYS [When things aren’t going very well]. There’s also retail therapy of course, which can be enjoyed at [Large retail stores] EMPORIA. (How do small retail stores stay in business these days?! Like the local amusement park, this seems to be a dying breed.) Best to get a [Big ticket ___] ITEM when it’s part of a SALE [Shopping event, perhaps].

I loved seeing LUSTY clued as [Powerful, as a singing voice]. This makes me think of some old-timey Broadway/Hollywood leading men (Howard Keel, John Raitt, Gordon MacRae, Richard Kiley), but I also found the word describing Wilson Pickett (“In the Midnight Hour”) who died four years ago. Here’s a picture of him with the Boss and Paul Shaffer. I think Paul can safely be described as (rarely-to-) [Never needing a haircut], or BALD…

PuzzleGirl’s sister met Doug Peterson at the ACPT last weekend, and she said she was no longer going to blame Doug for insoluble Stumpers and would instead blame editor Stan Newman. I dunno…this one killed me. I rarely ever pause the clock and take a break before coming back at a puzzle afresh, but the northeast corner? It killed me. Somehow that corner came together in about a minute on my return trip, but oy. I think there’s enough blame to go around for both Doug and Stan. *shakes fist*

I had pieced together 8D: [Cashew kin]/POISON IVY and figured 9D: [Common middle name] was probably ANN. I had 23A: [Rustic], the noun form, CLODHOPPER. And then…this 4×5 block of utterly empty squares. Thinking that Steve JOBS might be the 13D: [Exec who acquired Pixar] was no help, because PA***J* looked utterly wrong for 8A: [Stew ingredient]. During my solving break, I ran a few clues by my husband, who suggested PAPRIKA for the stew; eventually PARSNIP emerged. Who the hell is putting PARSNIP in their stew? Not too many people, I venture. The exec at 13D is Disney’s Robert IGER.

Other things in that corner it took me forever to suss out:

Parts of this puzzle that (a) did not kill me and (b) I liked:

59A: [Brute] seems off-kilter as a clue for CRITTER. Both are animals, but while a grizzly bear may be a brute, a ground squirrel is a CRITTER. Where’s the overlap?

Take note: Besides ESTES Park, Colorado, and opera’s Simon ESTES, we might see more of 51A: [Newbery Medal winner Eleanor] ESTES. Let’s take a peek at Wikipedia to learn more, shall we? She won the Newbery for 1951’s Ginger Pye, but…I’ve never heard of her before. I don’t know her other books, either, so here’s hoping we don’t see her in future ESTES clues. If you weren’t a parent or child in the ’50s, you might never have heard of this author.