No time to write up the NYT puzzle before heading out for Indian food. Here’s the grid. Great theme! This week must be spell-words-backwards-and-see-what-else-they-make week. I like it! The theme can be summed up as “long partial phrases that fill in the blank, where the blank is replaced by the word something, but the clue phrases are in the language”:

I like how the clues all read so naturally, but the theme answers felt so stilted going in the grid. Props to Merl for the stacking of long theme entries, too—that’s one of his hallmarks. Overall, though, I didn’t find a boatload of Merlesque whimsy in this puzzle.

There were some ugly bits that might stymie some solvers: Hey, I had fun doing this puzzle. Lots of contemporary pop culture, entertaining clues, and surprises in the fill. Here are the parts I liked most:

There’s other pop culture from the ’90s and earlier, too—YMA, NIL, SOPHIA LOREN, ALF, and FROST. It shouldn’t surprise you to learn (if you didn’t already know) that Trip has published a book called Pop Culture Crosswords. The puzzles in that book are easier than this one, so don’t let this weekend’s Post Puzzler scare you off from Trip’s collection if you like pop culture puzzles.
Later Saturday night: The title suggests football, but this puzzle’s all about bowling. Hook builds a puzzle around nine (not ten?) names and phrases that contain terms from bowling. As a sporadic kegler, this theme was right up my…oh, never mind.

In college, I had to complete three P.E. courses to get my undergraduate degree. I took archery, golf, and bowling. I did the best in bowling, largely because most of the grade was based on being able to keep score. (That’s right, I’m a physical specimen.)

Back to the puzzle. Here are the theme entries:

The mix of names and phrases as theme entries feels a bit uneven to me. I think I might have preferred seeing “lane,” “alley,” and “ball” in phrases too, just from the standpoint of consistency. But I still really liked how Hook “framed” this puzzle, mostly because of the fill and clues. I love LIP-SYNC, I INSIST, I SAID NO, WHIZGIG, IN A LINE, and BONANZA. Some might subtract points for a grid with both JOB ONE, the [Business priority], and LUBE JOB, the [Mechanic’s task], but I didn’t even notice the repetition until I was making a list of my favorite fill from this puzzle. There were a few clunkers, namely ORDERER, EBAYERS, and the abbreviations SEL (for “selection”?!?) and SYN (for “synonym”). On a personal note, I liked the shout-out to KALEY [Cuoco of “The Big Bang Theory”], my new favorite sitcom. I was thrilled to see Jim Parsons get a well-deserved Emmy for his portrayal of Dr. Sheldon Cooper, one of the best characters to appear on TV in a long time.

Every Hook puzzle has some great clues, and my favorites here included [Ride on a spaceship?] for SALLY (Sally Ride), [Advice for a university rejectee] as a lively clue for the otherwise drab REAPPLY, [Bedtime story?] for DREAM, [Pyramid, possibly] for TOMB, and, perhaps my favorite, [Man of letters?] for “Wheel of Fortune” host Pat SAJAK.

Every Hook puzzle also presents its own uniquely vexing moments, so we have much to cover in this week’s Brushes with Lame. (Use of “Brushes of Lame” without the express written consent of Major League Baseball and Samuel A. Donaldson is strictly prohibited.) An innovative grid from Bruce Venzke today for the CrosSynergy “Sunday Challenge” — two 15-letter entries run parallel to each other in the center of the grid, separated only by a single line. (That line had the minimum 2 3-letter entries, EOE and SOB, but that was a SMALL PRICE TO PAY). The second entry, “Sign seen Sundays at many barbershops,” though probably appropriate for SORRY WE’RE CLOSED, seems a bit old-timey to me, and oddly specific to a type of establishment. 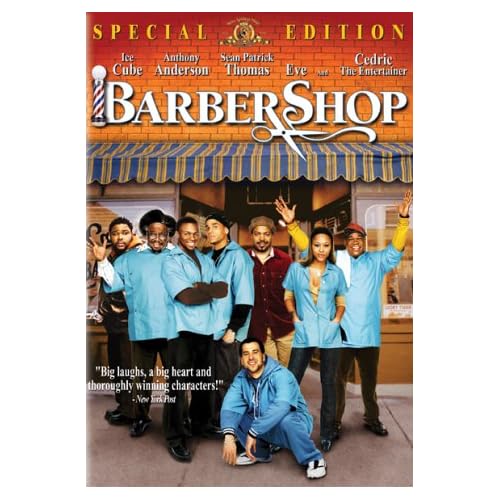 In fact, there were quite a few entries that only OLDSTERS (comme moi) would be familiar with–SPATS (“Footwear for W.C. Fields”) dates back to the golden age of film, whereas STARSKY (he hitched with HUTCH) is a bit more recent, but still in us oldsters’ wheelhouses (and that is even despite the 2004 remake with Ben Stiller and Owen Wilson that I hope no one paid good money to see).

The fill is rather sparse in terms of high-value Scrabble letters, a few too many of the set of letters contestants are given in the final round of Wheel of Fortune for my taste, but it did lead to a solve that was A SNAP. I seem to remember RAMADAS from a recent puzzle, here they are clued as “Some inns” which I found easier than the prior reference to dome-shamed open shelters with thatched roofs.

My only sticking point was with SHANK, clued as “Certain part of the evening, slangily.” I know to shank a golf shot is mishit it, there’s also a lamb shank, and there’s even the Shawshank Redemption, but what part of the evening is this referring to, pray tell?

One final clue I liked a lot was “Horse trailer?” for SENSE, referring to the phrase “horse sense,” or something so obvious even a horse would know it. The theme entries are straightforward nouns that are places, clued as if they have an occupational bent suggested by a key word:

It’s a light, easy theme that doesn’t require too much thinking.