Sporting a new tan and recharged batteries, Our Fearless Leader is on the way home from vacation. That means you get most of the rest of Team Fiend covering the Sunday puzzles. (Joon is busy figuring out the Matt Gaffney meta, but he sends along his wishes for a happy new year.) Here’s the current leader for the coveted honor of “Best Sunday NYT Puzzle of 2011.”  David Levinson Wilk takes seven relatively famous titles containing “[thing] in [place name]” and clues them as how one would actually say the thing in the native language of said place name.  Because three of the titles use foreign alphabets, however, those solving in Across Lite are instead served with English-letter transliterations.  I’m going to follow suit here, as the insertion of foreign alphabets into an English blogpost is well outside my limited technical capabilities.  With that disclaimer aside, here are the theme entries:

I really enjoyed the theme, especially its mix of literature, music, and movies.  The fill kind of dampened my enthusiasm, however.  While there are some nice touches like PHONE TAG, clued as [Failure to communicate?], and I’M WAITING, clued with the terrific [“Any day now”], there’s also a lot of ugly parts like MSGR, O IS, ANIS (my inner 10 year-old giggles every time I see that), ITALO, SRTA, OLEN Steinhauser, ISSEI, ICI, and others.  I suppose the heavier-than-usual concentration of foreign words is acceptable in puzzle with this theme, but it did little to help my enjoyment while solving. One line review for those in a hurry: The answers may be frigid but my pencil is smoking in a very quickly solved puzzle. Regular solvers know that quality crosswords conform to several basic rules, including diagonal symmetry, maximum word and black square counts, and avoidance of so-called “unchecked” squares (that is, every letter in the grid must be used in both an Across and a Down entry).  The rule against unchecked squares is, in my view, less about elegance and more about fairness to solvers—every puzzle should give the solver two chances to get the correct letter in each square.  Inexperienced solvers who see ?ARE clued as [Swiss river], for instance, can use the crossing to suss out the correct first letter.  If that first letter does not have a crossing, however, the solver has no choice but to shrug shoulders and guess, and that’s a little less satisfying.

Here we have a puzzle with eight unchecked letters along the border of the grid (two on each side), but that’s intentional.  How is one supposed to know what goes in those squares?  Well, 65-Across gives a hint: [What the eight uncrossed border letters do, reading clockwise] is SPELL CHECKERS.  Indeed, starting in the northwest corner, the uncrossed letters in the 19-letter entries that form the borders of this grid spell the word C-H-E-C-K-E-R-S. Let’s check out those entries:

This is a great example of how seasoned puzzle makers like Cox and Rathvon can make a difficult construction look easy.  Their gimmick uses eight unchecked letters, two per side.  Those unchecked squares appear five letters in from the start and end of the theme entry, meaning the two lines immediately adjacent to the theme entries must have double stacks of six- and seven-letter entries.  A lesser constructor (I have in mind myself) would have to resort to more awkward six- and seven-letter entries to pull it off, but the choices here are generally so smooth that most solvers probably don’t even see how challenging it must have been to construct.  The constraints, coupled with the use of relatively few black squares, make for a grid with a very open feel.

The only rough patch was in the southwest, where one must conquer ATACAMA, the [Desert in Chile], AMANITA, the [Poison mushroom genus], DACHAS, the [Russian country homes] and AO DAI, the [Da Nang dress], to claim victory.  Fortunately my mother used to tell me the tale of the Vietnamese girl who, while donning a traditional ao dai, accidentally ingested some amanita ‘shrooms while staying at her Russian friend’s dacha, causing the girl to have hallucinations about roaming the Atacama.  The moral, of course, was not to ingest ‘shrooms at a friend’s house—advice I have followed to this day. Speaking of the southwest corner, I liked the shout out to NPR personality and [Travel writer Rick] STEVES.  He’s a Seattle boy, too.  And I love any reference to GLEE, the [Series about a choir].  Jane Lynch’s cheerleader coach, Sue Sylvester, may have the best zingers, but Heather Morris’s wonderful portrayal of ditzy Cheerio Brittany steals the show.

My new word of the day is OROGENY, clued here as a [Mountain-making process].  Let Wikipedia tell you more:  “Orogeny refers to forces and events leading to a severe structural deformation of the Earth’s crust due to the engagement of tectonic plates. … [It] is the primary mechanism by which mountains are built on continents.”  Climbers will tell you that the peaks around orogenous zones are breathtaking and toe-curling.

And that’s my time!  You’ve been a terrific audience.  And now, please welcome Janie to the stage.

Thank you for that intro, Sam.

Now, see that clue/fill combo at 9-Down? [Completely unfamiliar]/ALIEN? Well, that’s what a lot of today’s clues ‘n’ fill were to me. Mind you I started off decently enough with grid-opposite gimmes MESSIAH and DAUPHIN, then DAHLIA and PALISADES off of the latter. But the easily gettable stuff basically ground to a halt right there. I made some well-calculated guesses (STIRRINGS, TEA CAKE, IODINE) and by chipping away and chipping away brought this down (mostly) sans artificial intelligence. As in the best challenges, so much was (gratifyingly) inferrable. What clues were alien to me? Well, the list would have to include:

[Rich Danko’s group]. But yeah, I know THE BAND. “The Weight,” anyone?

[Its soccer team is nicknamed La Verde] for BOLIVIA. I know Bolivia, but not by its soccer team… Nice, too, how Karen’s included its administrative capital city LA PAZ [Illimani overlooks it]. And while we’re in that part of the world, nope, never heard of [Quiteños, for example] either. But they’re ANDEANS. Ohhhhh—people from Quito. D’oh.

[Old name for Kazakhstan’s former capital]. Uh-oh. More unfamiliar geography. I don’t even know the new name for Kazakhstan’s former capital—not to mention its present capital… In order, that’d be ALMA-ATA, Almaty and Astana. Not that I’ll remember… This was double hard for me as I drew a blank at the crossing of [Berkeley’s] HAAS [School of Business].

Never hearda her, but have hearda her mom dad (and the strip) “Hägar the Horrible.” Visually speaking, she does pair up nicely with [Cow-horned goddess] ISIS. And while we’re in mythology-land, say hey to ARES [Son of Zeus and Hera].

But look at all the beauties that inhabit the grid. For this I gotta start with the fabulous “I” that anchors the grid as a whole: the grid-spanning SNIDELY WHIPLASH [1999 role for Alfred Molina], the vertical WARM FUZZIES [Good feelings] and the bottom grid-spanner (a fave phrase of my father’s) “DON’T BE A STRANGER” [“You’re always welcome“]. Terrific stuff all.

Ditto EXPEDITES, TONE DEAF, (the previously mentioned) TEA CAKE (clued today as [Scone alternative], but resonant of Zora Neale Hurston’s Their Eyes Were Watching God, too), and the snappy ZOOT SUIT with its snappy clue [Reet pleat’s place]. Speaking of Ms. Hurston, here’s a link to her Glossary of Harlem Slang. Be sure to scroll to the end (where zoot suit and “reet pleat” live).

All in all, one challenging and terrific puzzle. Love the Sunday WaPo team! Theme: Add an “E” sound to famous literary titles with funny results.
Theme answers:
23A. [Specific item in a sleepwear collection?] – TWELFTH NIGHTIE
47A. [How a rock band’s equipment damage was blamed?] – ON THE ROADIE
68A. [Amazonian oddsmaker?] – THE JUNGLE BOOKIE
95A. [Dressing room sprite?] – VANITY FAIRY
120A. [Fabric softener delivered overseas?] – WATERSHIP DOWNY
17D. [Goat’s friend?] – BILLY BUDDY
74D. [Aboriginal Walkman?] – NATIVE SONY. Please explain Walkmans to the kids and joon.
90D. [How a youngster might watch a parade, with “on”] – TIPPY TOE (not really a theme answer, and yet…)

One line review for those in a hurry: FairlY amusingie themey answersies.

Other stuff:
27A. [Robert who played Roderigo in Welles’s “Othello”] – COOTE. When it takes that much explanation, you are in obscureville.
37A. [Indy car’s lack] – REAR SEAT. Wouldn’t you like to see a race with the driver’s mother-in-law in the REAR SEAT?
56A. [Jazz trumpeter’s nickname] – SATCH
60A. [Jazz trumpeter’s nickname] – DIZ
66A. [Fax forerunner] – TELETYPE. Please explain to the kids and joon.
87A. [Kathy of country] – MATTEA
99A. [__ Trophy: biennial European golf event] – SEVE. Named after the famous golfer Arnold Trophy.
3D. [Smooch in the shadows] – STEAL A KISS. Cool answer.
7D. [Narcissus snubbed her] – ECHO
8D. [“The Nutcracker __”] – SUITE Very smooth 64-worder from constructor Randolph Ross; a mere 27 black squares were used in the 15×15 grid. (I know that’s not in record territory, but impressive all the same. Kids, don’t try this at home!) The challenging areas were the triple stacks that frame the top and bottom of the grid:

Continuing our Roman theme, the bottom of the grid, like Gaul, is divided into three parts: 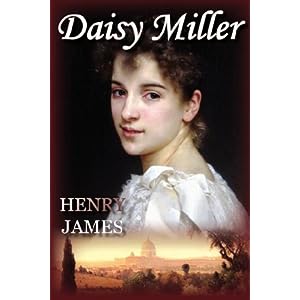 Four other 11-letter entries hold the center in place: two names (DAISY MILLER from the brief novella by

Henry James of the same title, and wife of Bush 43 veep LYNNE CHENEY), TOASTMASTER, clued by actor George Jessel, and what I think would make a great drag queen name, LOOSE CHANGE. The nickname MEL C for “Sporty Spice” (née Melanie Chisholm) was new to me. The rage that was the Spice Girls seems so long ago, you only hear anything about Posh these days, mainly due to her association with Becks and appearances on American Idol. Finally, why is an Arnold Palmer considered LEMONY you ask? Well, it’s because it’s a drink made of half lemonade and half iced tea. What, no alcohol? I can’t see that being very popular in the clubhouses. Small demerits for B-TO-B (short for “Business-to-Business”), the well-past-its-prime comment from Mr. Moto, AH SO, the overly sibilant PSSST and one of the oddest of “odd jobs” SHADER.