Meh. This theme means well, but the phrasing is stilted:

I am dispensing with the flowers and gift and call, but spending Mother’s Day with both my mom and my mother-in-law, giving them their cards and hugs in person.

This puzzle is chock full of fill that skews old. ADELA, ELIA, Mr. MOTO, ERROL, UAR, ASTA, DOGFACE, ERLE … crosswordese EELER and LOA … even Kelly RIPA clued by way of a sitcom (which ended 7 years ago) that is no longer her most prominent TV job, when she is on TV every weekday morning with big-name stars making regular appearances. And HEP! Clued as if it’s just a word people use to mean [Not square]. Yeah, sure—maybe 50 years ago. Dictionary labels it an “old-fashioned” term for hip. I hereby declare this puzzle unhep. OH, ME. Wait, does anyone say those [Words of woe]? It’s right there with AH ME in the ranks of terrible “spoken language” crossword fill that is fiendishly hard to find people actually using.

I do like ALL RILED UP, and although HAROLD [Lloyd of the silents] is also a name from long-ago pop culture, he’s about as legendary as Buster Keaton so I am keeping him out of the ERLE ASTA class.

2.66 stars. The ungrammaticalness of two theme answers while the other two sound natural doesn’t work for me, and the fill left me lukewarm at best.

I’m sure I’m not alone in my admiration for the work of constructor Lynn Lempel, who seems to consistently construct smart grids with very smooth fill. Today’s theme is no exception–she twists the meaning of the title “Nursery Rhymes” a bit by taking items found in a nursery and then attaching a rhyming word to them. To wit: 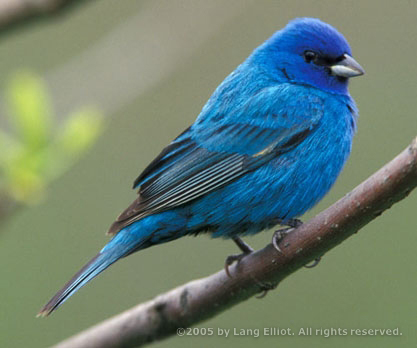 Four solid entries (with the minor exception of how closely “walk” rhymes with “hawk”) and a fun theme. My FAVE clue/entry was [Where a kite might alight] was a NEST. (I’m assuming the constructor is referring to the bird and not what Ben Franklin flew.) My UNFAVE is my confusion over the clue [Handmade floor covering] for HOOKE DRUG. Wouldn’t [Theory of springs physicist’s opiate?] be a lot more appropriate? Simple theme today: PAPERTRAILS, interpreted as “The last word in each theme

Our other items of interest:

That’s all I’ve got! I’d call it a 3 star puzzle: Well-constructed, typical early-week crossword. Difficult to capture its flavour on screen!—Gareth Nifty theme this week. PAC-MAN is an [Arcade game in which characters can pass through tunnels to get to the other side of the screen], and the circled squares contain the names of three of the game’s characters (PAC-MAN and two ghosts, PINKY and CLYDE), going off the grid at the right and continuing in from the left edge. The right-side-then-left-side theme answers are made-up phrases crafted to accommodate the game characters.

I will dock the puzzle some points for repeating PAC-MAN in a straightforward grid entry and in the circled squares. But the puzzle picks up points for lively fill like ZOMG, the never-heard-of-it [Fubu alternative, in urban clothing] G-STAR RAW (expensive!), JAILBAIT, SVEDKA vodka ([Liquor with futuristic sexy robot ads]), KRAUT, JIFFY POP, TUSKEGEE University, and SIPPY CUP. Overall, let’s call it 3.8 stars.