Thursday ushers in the month of August, and you know what that means—a brand-new puzzle from Patrick Blindauer. Look for that on Thursday, and then look for Matt’s review of the puzzle in Friday’s post. Really a cool theme, and it took a while for the trick to dawn on me. Each theme phrase ends with a word that can be defined with a formula in physics terms, and the “X over (or divided by) Y” formula is presented visually with the words in circled squares.

How neat is that? I give the theme 5 stars, but the 72 theme squares, if I counted right, clamp down on the constructor’s wiggle room for the fill. ERECTOR SET ([Old A. C. Gilbert toy]), BAR CAR, and FLUENCY are quite nice, but then there’s Roman CMI, [Colgate product for men] AFTA, LODI … And the unusual word form ENVIRON ([Form a ring around]). And an ERG in the middle of this physics puzzle, dangling uselessly apart from the theme.

Trickiest clue, for me: 18d. [Stitch]. I put in DARN and the middle two letters were right, which kept me from seeing that CRACK in the theme answer. It’s CARD, as in “funny person,” not “sew.”

Least familiar answer, aside from ENVIRON: 41a. [British poet laureate ___ Day-Lewis], CECIL. Never heard of him. Here’s a site devoted to his works, if you’re interested in exploring. Apparently he was Daniel Day-Lewis’s dad. The actor’s married to filmmaker Rebecca Miller, whose dad was also a noted writer—playwright Arthur Miller. It took a couple minutes for the theme to dawn on me.

Looking at the title might have tipped me over the edge to comprehension, but I was too distracted by the hint that was sent with the puzzle: each square is 3 1/3 meters. Pull up the calculator widget, multiply 15 squares by 3.33, and get 49.99. Aha! Fifty meters four times, the individual 200m medley in swimming. ButterFLY stroke across the pool, BACKstroke back to the starting point, BREASTstroke out again, and bring it home with FREEstyle. Pretty cool, eh?

But the pop culture junkie in me appreciated KEVIN SORBO and BRET McKenzie, and LASER LEMON and MR. YUK were fun too.

4.25 stars, breaking down pretty much like the NYT rating—terrific theme, fill not quite up to its level. Well… That’s certainly an unusual grid Jeffrey Wechsler designed! Your options are kind of limited when you want to put 13-letter theme answers in the 3rd and 13 rows, to allow two central theme answers, 7 & 15 letters, into the middle of the grid. About this theme, I don’t think I’m getting it at all. Each of the answers is in the format OPTION A or OPTION B and has a weird clue. After that I’m a bit clueless…

First off, PUTUPORSHUTUP is colourful, in-the-language phrase, but I don’t understand how it applies to gamblers.

LOVEITORLEAVEIT sounds off to me as a phrase. It doesn’t google well at all either, not one of the results on the first page shows the phrase itself. LOVEMEORLEAVEME is how I’ve encountered it. Secondly, the clue references “super-patriots”, and seems to be evoking crotchety old men in the comments section of news sites who assert that any fellow American who disagrees with them should leave the country; so that was a bit distasteful.

FISHORCUTBAIT I haven’t heard of either, but this one seems to be a common Americanism; just not one used on TV, films etc. (probably too rural, since the media is dominated by urban types), such that I’d have encountered it… It sounds like this originally did apply to anglers in a literal manner; this would make it different to the first answer, which I don’t think ever applied to gamblers literally?

The last theme answer is DOORDIE which is clued in the way it’s actually used by or directed at those “out of options”. In conclusion, this theme seems to be a mess but it’s possible (probable?) I’m just not seeing how it all ties together!

Big white swathes abound in this grid: bringing opportunities for lively long answers, and the danger or short clunkers. We got both

My favourite answers were the clechoed IGUANA and TORTOISE tied together by the Galapagos citizenship! KIDSTUFF is also fun, but seems to be missing an “‘s”. While solving, I was expecting this to be part of the then unknown theme, but now I suspect it’s yet another quirk of American dialect. STUPIDME is another great answer as are VITAMINA, TILAPIA and FASTSELLER. PEPINIII (the short) was unexpected: interesting, but tough European history. On the other hand, I learned about him in grade 9 when I was doing an American syllabus during my homeschooling; so that probably means a lot of you learned about him too (and in all likelihood all-but forgot about him until this puzzle, like myself.)

I’m not going to list the weaker short fill; you can make your own minds up about what it constitutes, there seemed to be more of it than usual, but mostly it was pretty tame as these things go… Instead, I’ll highlight a few more mystifying things in the puzzle (there were quite a few today!) IMSOOLD is clued in a way suggesting it’s a 7-letter partial. I assume this line is some sort of repeated phrase in Bob Hope’s monologue, which would make it a fun answer; problem is, I’ve never watched / listened to his stand-up so I have no idea! Another mystery is in the clue for DUSTY mentioning the “white-glove test”. No idea! Who owns white gloves apart from the late Michael Jackson anyway??

I’m not understanding this puzzle at all, so I’m not going to form a conclusion about it. Feel free to explain what I’ve missed in the comments.

Hey look at that, it’s August already. Days are getting noticeably shorter up here, now the sun sets around 8pm, which is still a pretty long day. Today’s CrosSynergy puzzle offers us four phrases that begin with a word that can prefix -NUT: 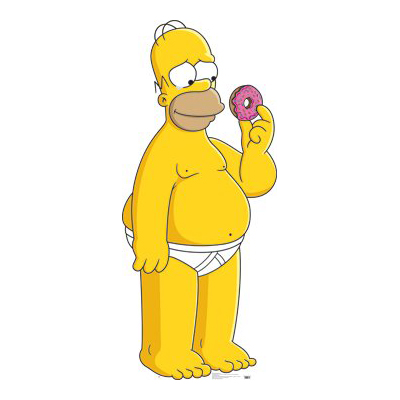 I wonder if DOUGHBOY was considered as an additional theme entry? Pretty solid set here, though, and like the title implies, these nuts are truly “assorted.” I liked YOOHOOS, but wished it had been clued as the chocolate drink instead of [Attention-getting calls]. My FAVE entry was [Aquatic five-pointer] for STARFISH, which initially had me thinking of the sport of water polo. THRUM, as in [Pluck idly, as a guitar] was also unexpected, likely as many of you, I put in STRUM at first. And speaking of strumming, [They’re played with plectrums] for ZITHERS was also nice, a “plectrum” is the name for that plastic triangular thingy that plucks guitars and other string instruments.

Though I remember Arthur TREACHER, for whom a seafood chain is named, I wonder if many will and whether this chain is still around, so that gets my UNFAVE award today for its relative obscurity. May August live up to its synonym of grandeur for you all! Cute title—it looks like the puzzle will be about the process of writing and editing one’s work, but what’s being “ripped” is something more evanescent:

Cute theme! Is this too “edgy” for a daily newspaper? Because it’s clever, and it’s 2013, and everyone has intestinal gas unless they lack intestines altogether.

Crosswordese! 12d. [Bay window], ORIEL—hey, “bay window” is slang for a big belly, you know. You could call a paunch an oriel and only crossworders would have any idea what you were getting at. Also 46d. [Like some ancient markers], STELAR. Adjective form of STELE/STELA, oy.

Four stars, despite ORIEL and STELAR. Put this in the category of “puzzle titles you should pay attention to”: the answers to the five question-marked theme clues are familiar phrases in which the Ns have been rotated 90° to become Zs. PAT BOOZE, or [Alcohol that’s exactly right?], plays on straight-arrow Pat Boone. A crane operator on a construction site turns into CRAZE OPERATOR, or [Fad runner?]. [What the bearded lady has?] is a FUZZY FACE (funny face). The L.A. Times crossword had both NIT and ZIT, and this puzzle converts one into the other with HAS A ZIT TO PICK, or [Sporting a whitehead?]. Ick. The alliterative [Vermin’s verve?] clues RAT’S ZEST (nest). It took me a while to see what was going on in the theme entries, what with paying no mind to the title, but when I saw boozy Pat Boone in the puzzle, the payoff was good. Seven Zs in this puzzle, six in BEQ’s Onion puzzle.

Please don’t grumble that PAT BOOZE and basketball’s Carlos BOOZER cross. They’re not the same word. BOOZER clued as a sot would be a duplication; this isn’t.

Favorite clues: [Overnight] shipping is NEXT-DAY. [Court do-over] is a RETRIAL, as this is not a tennis court we’re talking about.