What a perfect Tuesday theme. Gather up some words that mean “steal,” find phrases that begin with those words in other contexts, and clue them as if everything is felonious:

I always like a Lynn Lempel puzzle, and this one’s no exception. Highlights in the fill:

4.25 stars. Very good example of how a Tuesday puzzle should look and feel.

After I solved this one (and that was after getting “this close” (holding thumb and forefinger up) to giving up in the middle left around SINECURE), I panicked a bit as I was unable to relate the theme entries to each other or the title. Finally, I noticed each one is three words beginning with the initials B.A.R.: 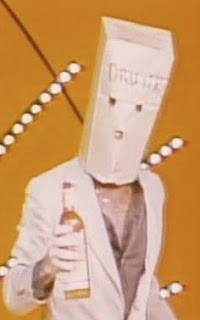 Kind of an odd premise for a theme, and other than “bump and run,” the phrases didn’t leap out at me. SINECURE ([Nice work if you can get it] is certainly a great word, but hard to see when I was having trouble with baba au rhum as well as the simple TREES for [Ashes, e.g.]. (I was thinking of cricket matches.) My FAVE entry was [Prop on a Chuck Barris game show] for GONG, as it made me smile thinking of the Unknown Comic. And I also enjoyed the crossing of [Popular winter footwear brand] for UGGS with [Clash of heavyweights] for SUMO as I tried to imagine those guys in fleecy footwear when competing. I’ve never seen the monogram GRF in a puzzle before, I guess because Ford served for a shortened term and was never elected to office by the Electoral College.

I’m gonna take a wild stab here and say that I bet this week’s was a BUMPIER solve than the last few. But I’ll also guess that with its crazy-quilt of cultural references, high-brow and low- (not only in the theme fill but throughout the grid), it was one of the more satisfying ones as well. As we’ve often heard said, your mileage may vary (YMMV), but for me this puzzle delivered a multitude of highlights. Some directly, some by association. But let me start with the themers and not get too far ahead of myself. And let me start in the middle of them, with the reveal, which is…

So the titular “series enders” are the FINAL FOUR of… the alphabet: (the scrabbly) W, X, Y and Z. And given the particular way they’ve been called out, I’d say this makes for one very tight theme—and one eclectic group of theme phrases.

The puzzle does have its share of less-than-ideal (if still legit!) fill in places (lookin’ at you, ABBR, APOC, OOM, STA, ALG…) but sometimes there’s just no easy way around this. And with a theme that’s as well put-together as today’s (in concept and execution), neither should the baby be thrown out with the bathwater: the bigger picture becomes more important. Which is why I keep going back to citing those high-brow/low-brow cultural references Liz has laced through the puzzle: at the one end (in addition to Velázquez and His Holiness), there’s Sir Walter Scott’s IVANHOE, RUDYARD Kipling, Sylvia PLATH, Brokeback Mountain‘s ENNIS Del Mar, and (in another realm) for the physical scientists out there—LEPTONS; at the other (move over Messrs. HAMM and Pitt [and WW Z]), Ed Norton’s wife TRIXIE, DESI Arnaz, Sue Grafton’s C IS for Corpse and (given how long the show that made her popular has been running on B’way [25 years, but who’s counting?]…) probably even The Phantom…’s Miss Christine DAAÉ.

This puzzle’s other main asset? As I suggested at the beginning,

the way a given word will trigger a memory, an association that brings it into higher relief. Again—YMMV. My mom lived in SARASOTA for many years, and in my visits down there I came to really love and appreciate the beauty of the Gulf Coast. Despite its political usage today, the sight of the word CAUCUSED took me right back to the Caucus Race in Alice in Wonderland. I first encountered the word ROUÉ as a 13- or 14-year-old in the Oscar Hammerstein lyric, “Eager young lads and roués and cads will offer you food and wine.” (“You are Sixteen,” The Sound of Music). Ooh. They sound interesting! And even the more earthbound N. DAK., that [State next to Minn.], brought back memories of the Coen brothers’ classic Fargo.

So, once again, I’ve gone on at length… and once again, I leave on a high note, saying “NICE ONE!” about this week’s puzzle—and looking forward to the next! Great theme—three disparate things are bundled together because the same pop artist painted them all.

So today would have been Warhol’s 85th birthday.

Highlights in the fill include the long entries DE GAULLE, CLOUD COVER, TRY AGAIN, and OUTWEIGHED.

Similar to Lynn Lempel’s NYT today, this puzzle’s got an excellent theme, interesting long fill, and no Scowl-o-Meter action. Four stars from me. Matt takes the T off the front of a few song titles for this week’s theme:

The corners full of 6s and 7s are good. I’m particularly fond of YIDDISH, MAKES DO, and CROATIA.