I wanted to love this puzzle but then it threw me off with some irregularities and knocked itself down to the liking level. 41a. [Instrument that hints at the missing parts of certain answers in this puzzle] clues CLOCK, and twelve entries need a number to be complete. The numbers travel from 1 to 12 around the perimeter of the puzzle, but the number spots don’t match up so nicely. Oh, wait! I see the concept now. Rather than sneaking a numeral into the appropriate spot, Tom and Victor want us to treat each word around the grid’s perimeter as a clock number:

So you can disregard the numerals I added in on my grid, which felt so unsatisfactory with 10/11 wedged into a single square. We don’t usually have themes in which an entry’s location is key to parsing the entry itself. Very neat! I may be back to loving the puzzle.

This crossword’s also got cool long fill, such as SIAMESE CAT, SHIPSHAPE, DEATH STAR, I AM A CAMERA, BOLO TIES, and GO TO SLEEP. None of the other fill really bugged me. This one is not for me. I am a musical illiterate. Plus, I’m cranky that 31d, [“___ blimey” (surprised British explanation)] clues GOR and not COR. I had COR, as you see in my answer grid. At least one dictionary offers cor and cor blimey but not gor or gor blimey. Oxford Dictionaries Online has two-word cor blimey and one-word gorblimey. I will grant you that Brendan’s wife is British and he probably has it on good authority that “GOR blimey” works, but dammit, I had COR. Which left me asking my husband what on earth CDEFCABC was, musically. So he was humming/singsonging it, trying to identify it. Whereas KEYS TO THE CITY and BUILDS TO SCALE suggest that it’s just the scale, and if you plunk in GOR, you get CDEFGABC, the full octavy gamut. But I had COR! Which is entirely valid! And the only cross-checking of that letter requires basic musical knowledge, which, if you don’t have it and you’re looking at the incorrect sequence, you are stuck. All very annoying.

But I’m sure those of you who actually understand music found this theme and the piano-key-style layout in the center of the grid to be quite charming. The audience for this theme is not me.

Disclosure: I had to Google 27d: [Guided By Voices guitarist Sprout]. TOBIN? Whatever. Again, a crossing with a musical note, plus a weird 26a crossing. Really, [Philly mass transit system] is SEPTA? I would honestly rather have that clued scientifically, as the plural of septum.

Favorite clue: 9d. [Charles Bukowski’s is “Don’t Try”] for EPITAPH. What an inspiration to us all.

Three stars from me, with points deducted for the TOBIN/SEPTA and COR/GOR bits. I am not explicitly deducting for the whole musical thing, which is just not for me.

Three phrases where the first word can precede the word PASS: 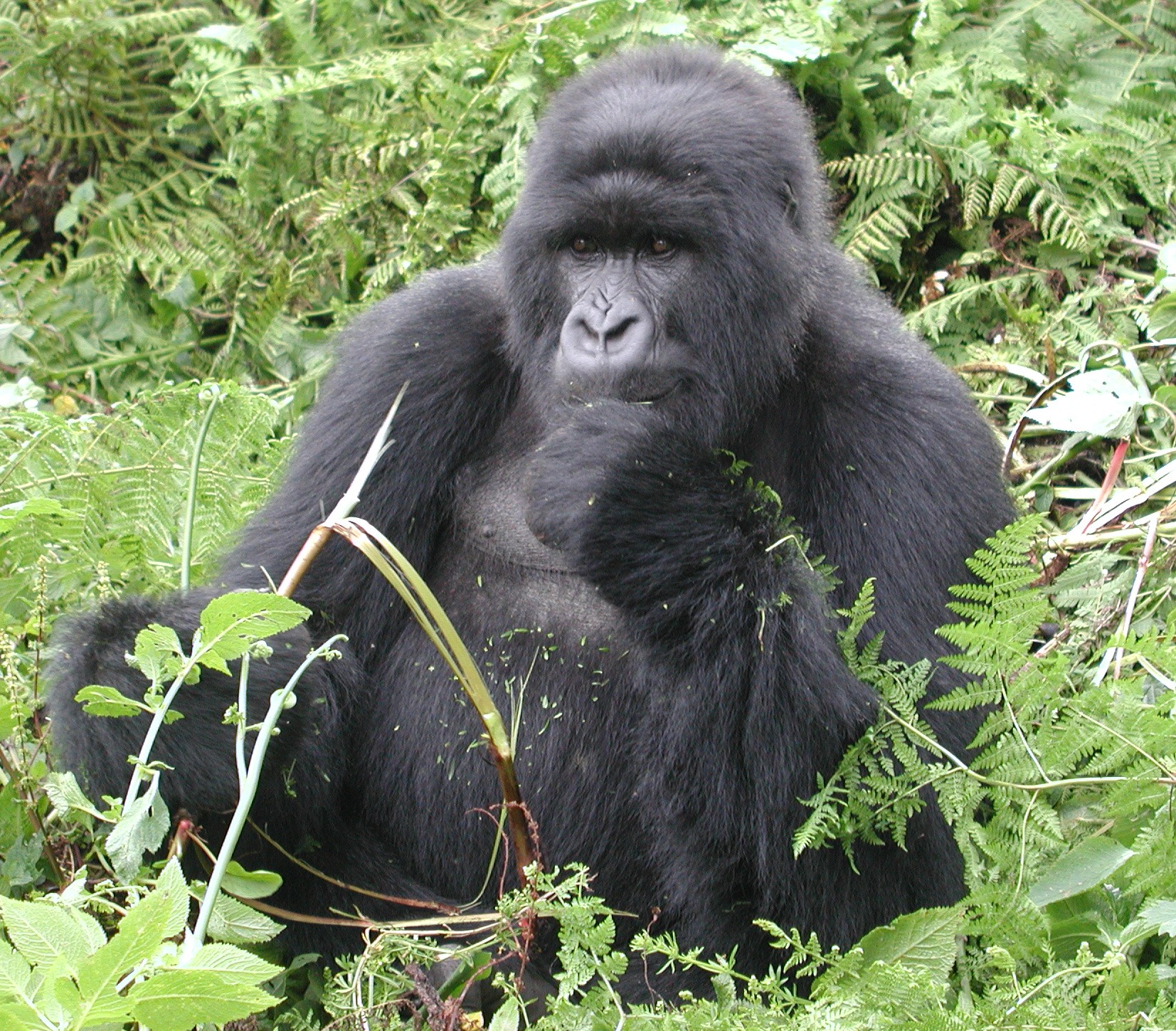 Decent theme idea and interesting phrases to back it up. I think I’m in the camp where I prefer fewer theme entries if that means the fill will be improved; hard to say how this one might’ve suffered with the addition of say DONNER AND BLITZEN, but I see that wouldn’t even fit at 16 letters, so forget that one. I’m not sure I’d call the fill in this as it is DELUXE, but it was certainly serviceable with few clunkers. I liked BAFFLE, The Beatles’ LET IT BE and the double-D action of the ADDAMS family. I have to award an UNFAVE today, though, to the [Narrow shoe specification] or AAAA. Can you really buy a shoe that narrow? My shoe width is a B and I think my feet are pretty narrow. This theme features clues that are mild oaths, but also have at least one other meaning. Their other meaning, or at least one of them, is defined in the answer. As far as definition themes go, it is at least more interesting having different words defined than the same word each time. Also, I think this puzzle works best with to the point definitions, which are the case here except for the first answer, PIEDPIPERSTRAIL.

Dense theme (as these so often are) with 5 answers and 69 theme squares. This means, as I’ve said before, that the rest of the puzzle is more about containment than anything else. It mostly achieves that aim, although the top-left opens with TBARS/ORDIE which was not auspicious. Also up there we have an unusually old-school clue for ADELE, [Jane Eyre’s charge]. TAUR is the other big clunker; I’m not a fan of prefixes with their trailing vowel lopped off, even though some dictionaries do list them. My favourite answer today was [Computerized city people] for SIMS: as in Maxis’ long-running Sim City and The Sims series.

There is also a tricky TV name mini-theme scattered throughout the grid today: REES is [Roger who played Lord Marbury on “The West Wing”] – also Cheers; [“Eight Is Enough” actor Willie] AAMES – also Charles in Charge; [Former “Entertainment Tonight” co-anchor] is TESH; not the same guy as the New Age musician, I assume.

This puzzle was mostly about the theme, which was somewhat interesting. 3 Stars Grinned when I realized what the theme was here, since I’ve long had this exact idea but have never acted on it. And there’s my name at 1-a! Eerie.

Brendan takes base phrases that include an -LL word, adds an apostrophe to form a contraction, and defines the new phrases:

And there’s a kicker across the middle at 37-a: [Labor-management problem, or an alternate title for this puzzle] = CONTRACT DISPUTE. Hmm, lukewarm on this revealer. They’re “contractions,” but I don’t know that one is said to “contract” the words that form them. Might be technically true but not familiar. And “dispute” is a bit off as well. So good theme overall but dinged a bit for the reveal, which was probably best omitted.

I didn’t grok the title until the author explained it to me (and gave credit to this guy for coming up with it). In each of the four theme entries you’re shortening a phrase with the word “will” in it, so “Will Shorts.” Excellent, and nice to see the underexposed Shortz get his chance in the limelight.

***From T???IS clued as [Rally game] I plunked in TETRIS, assuming that was the name of the company that had made it. D’oh! It was TENNIS. For me, this is almost as bad as missing a clue for CHESS.

***For ZON? clued as [Fall dead asleep, with “out”] I put ZONE, then was mystified as to how STORES could be clued as [Creatures on baby announcement cards]. D’oh!! ***Couldn’t think who this musician SCHULZ was who played at Woodstock. Drummer of some band? Looked it up and…D’oh!!! (See book cover)

Not much long fill, but Brendan is deadly from close range, too: NPR, NO-DOZ, USSR, JEW, FRITZ, DANZA, COPOUTS, NEHRU and the aforementioned TENNIS and SCHULZ. Yay! I love Frank’s vowelless puzzles. I was churning right through most of the puzzle, but I hit the skids in the 7d to 10d zone. I also had myself convinced that two answers did omit a verboten Y, but 56a is eSPioNaGe, not SPyiNG, and of course the plural at 13a is CouNTieS, not CouNTyS. (Durrr…)

I did the puzzle before bed last night (and then was too sleepy to blog it), so just looking at the grid, I’m amusing myself by pondering alternative revowelings. 13d: auToMoTiVe eNGiNe? Why not ToMaTo VaNaGoN? Okay, so really, that was the only one. Wait, one more: DNSRBNS is clearly DeNiSe RuBeNS, right? She’s famous? No, DiNoSauR BoNeS. PRiSoN aMPeRe? PeRSiaN eMPiRe.

There’s not much to say about a vowelless crossword other than “This is challenging” and either “I love the challenge” or “I really don’t enjoy this sort of challenge.” I’m a lover: 5 stars from me.