It all feels a bit strained, but it also feels about right for a Monday thing. At least the longer non-theme entries were interesting: CRÉPE PAPER, SPIKE JONES (clued in reference to his City Slickers), PROCLAIM and FLIP BOOK.

The rest of the puzzle is rather uneventful, with a low CAP Quotient™ and not much to get excited about, positively or negatively.

A fair amount of the cluing felt rather simplistic, in away that seems calculated to be inclusive of new solvers. I’m of two minds about this, but ultimately come down on the side of inclusion (rather than snobbery). PURE (59a) Monday-level crossword, solid and cohesive enough theme to be interesting with a minimum of off-putting fill along the CAP Quotient™ lines (crosswordese, abbrevs., partials).

So not only is the theme well-executed, but the remaining fill and clues are strong. Spiffy long entries in the mix: CLOSE-KNIT, OPEN FIRE, SWALLOWS, REGATTAS. Elegant touches such as getting both Obama children—SASHA and MALIA—in the grid, clued in parallel with their Secret Service code names (Rosebud and Radiance, respectively); [Lady lobster] HEN / [Gander or gobbler] MALE; [Whole bunch] PASSEL / [Parcels (out)] METES.

A well-above average Monday, nigh on unimpeachable.

I hear today is the busiest shopping day for the Chinese; it likely stems from the good fortune of having both the month and day today be the number 11. (Lucky numbers seem to be of great importance to their culture, but also increasingly important to us as casinos sprout up across the country.) Back to the puzzle commentary, the word IT is imbedded into two-word phrases to (hopefully) humorous effect: 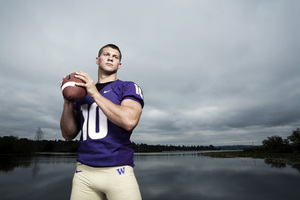 I wish there weren’t the two entries about deadly sit-ins or tubal ligation, but the puzzle did finish strong with a couple of more felicitous concepts. ARONI as in Rice-A-Roni has got to be one of my most UNFAVEs of all time; I’m hoping there were no better alternatives given the theme density in this one. I enjoyed the double-I action of AIOLI, LICIT and RADII; and speaking of sports, we have LANCE and FAVRE sharing quarters in the lower left. Seeing both Palm TREOS and the word TRIOS near each other gave me a bit of pause, but the former probably has nothing to do with the latter other than being almost a homophone. (I’m guessing it’s pronounce “tray-ohs,” but I don’t think I’ve heard the word spoken and only have encountered the PDA in crosswords.) Did not know Dirty South rapper PETEY Pablo, country singer JANA Kramer, or football’s PASS ROUTE. I had some crossings when I got to 32a. [Maker of the Xperia tablet], but wouldn’t have known it was SONY.

Four stars, solid Themeless Monday, a hair on the easy side.