Alrighty, we’ve got a double quad-stack puzzle formed by welding one of Martin’s stacks to one of Joe’s, and the solder in the middle has the same gritty mouthfeel as the short crossings of the quad-stacks. There are definitely some lively bits, yes, but also some things I did not enjoy.

First up, the highlights:

ADELAIDE’S LAMENT, the [Frank Loesser show tune], felt crosswordily familiar as well; Joe used it in a 2012 NYT themeless. And the outdated-sounding GASOLINE STATION also rang a bell; 2013 Krozel puzzle! Now, Martin made an April Fools Day puzzle with A LOT ON ONE’S PLATE and SCARLET TANAGERS in it, plus AMY, REX, and DEB in the center row, so it is no secret that bloggers may take note when those big, sprawly 15s make repeat appearances. SATELLITE STATES: two Ashwood-Smiths, one Krozel. MARINE INSURANCE: one from Martin. Guys! We noticed again. I dunno—it must be tremendously rewarding for the contructors to wrangle 15s like jigsaw puzzle pieces and make them fit, but the appeal of turning to many of the same 15s with favorable letter patterns is lost on me.

SINGING TOGETHER feels contrived to me … which may account for its absence in the Cruciverb database.

There were a bunch of things I just plain did not know—far more than in the typical Friday or even Saturday NYT.

Last weekend Martin mentioned this upcoming puzzle on his Facebook page. I good-naturedly predicted “at least one ONE’Sie, and at least seven 4s I would put in the ‘rather grievous’ category.” Let us take stock and see. Fragments (suffixes, prefixes): IDIO, ENCE, STER, AIRE. Abbrevs ID NO. and SAMS (surface-to-air missiles). Foreign MAPA. Weird RIMY. Ding, ding, ding! We have eight, and that’s not even taking into account the 3s, 5s, and 6s (TARED, TERNES, TENTER). And TEN HOURS is arbitrary; EIGHT HOURS is a thing.

I really don’t think I unfairly have it in for these stacked themelesses. Any other puzzle that dished out ENCE STER MAPA IDNO TERNES would come in for the same critique. It’s just easier to predict what we’re going to encounter in a puzzle whose raison d’être is “look what I made” rather than “ooh, these words are juicy” or “I hope this wordplay theme entertains the solvers.” And I know that there’s a subset of solvers who are enchanted by “look what I made” grids, but I am generally not among them.

So, first off, it’s announcement day at DOACF. This will be my final week of CrosSynergy commentaries, as I will be handing over the reins to Adesina Koiki, whose work in the sports field can be enjoyed here. I hope you’ll be looking forward to his unique slant on these daily puzzles as much as I am. Those of you who have been following Amy’s blog for many years will remember Janie Smulyan and I sharing this responsibility prior to Sam Donaldson’s stint and now I’m completing a solo run that will be just a few weeks shy of a year. Best wishes to Addie who will continue the tradition!

On to today’s puzzle! Constructor Gail Grabowski parses the title “Enter Key” as an imperative to add KY to base theme phrases: 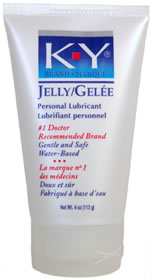 Though a couple of the base phrases felt like partials, I do have to hand it to the constructor for coming up with some pretty wacKY and enjoyable phrases. Interesting grid construction with that string of 5-letter words marching from right to left down the center section, making for a rather impenetrable wall from the northwest into the rest of the puzzle. CRESS as a [Pungent salad green] seemed a bit unusual to me as I’ve heard of “watercress,” but not sure if this is the same thing. SET LOOSE, DAY CAMP and FOREMAN were highlights of the mid-range fill. The write-up will be brief, although it’s a very unusual LAT and probably deserves more! From looking at the grid, one could see it wasn’t going to have normal long theme entries. That was confirmed when SADLZLE* emerged from the first corner. *I had ZEUS not DEUS, but I’m sure many of you did! That meant it took longer for me to grasp the theme. A pair of intersecting words imply a phrase with the pattern “a ‘in the’ b” with their positions implying the “in the” part. The only downside to this is it means 5 in effect unchecked squares – a big no-no in general, but the phrases are all very common so no harm no foul. We get BACK “in the” SADDLE, RUNS “in the” FAMILY, MONEY “in the” BANK, LOOK “in the” MIRROR, and DROP “in the” BUCKET.

This ends a sequence of 3 very unusual and imaginative LA Times puzzle from Wednesday to Friday! I think that theme-wise, this was the best sequence of second-half-of-the-week puzzles since I’ve been blogging! Oh, nothing. Just a breezy, fun theme. Imagined (31d [Headline material]) NEWS headlines, all beginning with a surname possessive and comprised of three rhyming words (possessive, noun, verb). Each of one syllable, for punch.

The proceedings are further enlivened by the very varied spellings of the words which nevertheless all rhyme. For me, anyway; but I honestly can’t imagine any regional accent for which the triumvirate members don’t rhyme with each other (i.e., internally) – though the TRIOs (126a) themselves might not rhyme from one accent to another.

Very good puzzle. I think I want a pickle now. For the second week in a row, I’m giving the CHE crossword short shrift. I hope YOU all will EXCUSE me for that. In addition to similar reasons as last time—surprisingly busy personal schedule, relatively low popularity as judged by comments, picnic, lightning)—and despite the fact that I have a genuine fondness for the puzzle (one of my favorites of each week), this time I can’t see the theme and consequently have much less to babble about.

The theme answers, as helpfully indicated by asterisks, are

Aside from the obvious repetition of the puzzle’s title for the opening themer, I don’t perceive any connection among all of the answers. The first four are spoken phrases, the final two are names of people, one fictional and one real. One seems to have a sympathetic non-theme clue.

My only real association for the phrase “operator order” is from mathematics, where in the absence of parenthesis or brackets, there is an order of precedence for different functions, as indicated by operators. The sequence is: exponents/roots, multiplication/division, addition/subtraction. Six operators, six theme answers, yet I don’t see a deeper connection beyond that simple correlation. What have I missed?

Moving along, the ballast fill is solid, and I especially liked the longdowns ATOMIC AGE (see also, 56d [Manhattan Project scientist Szilard] LEO*) and STRIP CLUB. At first I wanted TAIL for 14a [Tracking dog’s indicator] but it was soon revealed to be an ODOR; however, much like my experience with the WSJ, that answer appeared elsewhere in-grid: 59a [Comet part] TAIL (which works both for the cosmic body or the legendary reindeer).

Trivia! 12d [Hunt who won an Emmy and an Oscar in the same year] HELEN. For Mad About You and As Good as It Gets, respectively.

31d [WSJ alternative] NYT. 41d [Where Dantes was held in “The Count of Monte Cristo”] DUNGEON; ah but was it an oubliette? I don’t recall, or perhaps I’ve never known. 46d [Conspirator against Caesar] CASCA / 9d [“Julius Caesar” setting] IDES.

That’s it. My non-theme-enlightening PRATTLE (29d) is at an end. I think it’s a fine crossword, despite a distinct lack of awareness.

* lamest anagram ever of LIZARDS