Alan Arbesfeld is back even though he was just here with last Thursday’s “How Upsetting!“. That one was a bit of a crud-fest, but this one cleaned up nicely.

The title, “X Games”, hints that something will be happening with the letter X. Usually that means we’ll be seeing a lot of Xs throughout the puzzle, but not in this case. Here, the Xs have been replaced by the letter-string CKS. Or, putting it another way, words that have Xs in them are replaced with their homophones without Xs. To be honest, I mostly skipped the theme and solved the rest of the puzzle without looking at those entries. It wasn’t until I was done that I stopped to see what was going on.

The entries are fine, they just don’t do it for me. It seems like there’s a really good potential for humor here, but it’s just not coming through.

The best thing about the puzzle are the 9-letter vertical stacks in the NW and SE. Up top we get ACTS OF GOD, THAT’S A LIE, and LOCAL CALL with only an AT LAW, STA, and DELE for trade-offs. Pretty darn good! Down below we get CAME LATER (if ever an entry needed the AVCX treatment, this might be it!), ABOUT FACE, and NO PROBLEM. Lovely! But I’m less fond of the REECE / ROREM stack in the very corner. Still…gettable. 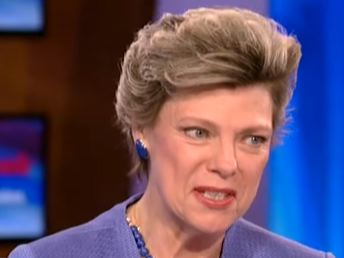 Finally, if geriatric romance isn’t your thing, look away.  COKIE Roberts and Casey KASEM have hooked up in the south. What a kooky couple! Zhouqin’s theme this time is that SINKING / FEELING, [an “uh-oh” sensation … or an apt title for this puzzle]. The four long Down answers contain circled letters spelling out the feelings of HOPE, RAGE, LOVE, and LOSS. They’re “sinking” in that they proceed downward in the grid.

The entries that hide the feelings are a solid batch: FRENCH OPEN, a TENDER AGE, DROOL OVER, and CARLOS SLIM. I don’t know if Señor Slim checks the crossword or not, but he does own 16.8% of the New York Times.

The circled squares make it fairly obvious where the theme answers are, so it’s not so troubling that there are six 7- to 10-letter Acrosses. The abysmal DANE COOK, solid WENT TOO FAR/CAPE COD/ROBERTA, and fresh “LET ME SEE” and STEAL A KISS are good fill. The short-range stuff has some dull bits like RANI, RAH, plural OLES, and TSU, but just four short answers I don’t like isn’t bad for a puzzle with six theme entries and a bunch of long fill.

Here’s another Gorski charmer of the “wordplay” variety. The “play” today involves sound, and is accomplished by replacing a key word’s initial “W-” (or in one case, “WH-“) sound with a “SKW-“—or “SQU-” (as we write it in conventional English…)—in two well-known phrases and two well-known titles. I have a soft spot for this kind of puzzle because of the kind of the punny, funny entertainment it provides. I smiled a lot while solving this one and am hoping you did, too.

Adding to the enjoyment factor is the quality of so much of the longer fill. Lookin’ first at you, STATUETTES (and not STAR ACTORS), those [Oscar night figures], and that twinned [American and Swiss locale?]. It’s not on any map. No, it’s the casual-reception-ubiquitous CHEESE TRAY. Then there’re the stealthy ON THE QT and PHANTOM, and the more boisterous CAROUSE.

“YES’M,” I also like a lotto those sixes, too: GOLFED, mostly because of its visually ambiguous [Drove on grass] clue, but also the olfactorily clued WOODSY [Like a pine sachet scent]. And I got a laugh (okay, I’m easily [if inappropriately] amused…) from the image I saw of the vertically-gridded SEESAW [Board that children sit on] atop the horizontally-placed WEE ONE [Tot]. “MOM!!!”

Loved seeing SEDONA in the grid, but because it’s a town of some repute in its own right (with a long native American history to boot), am not convinced that [Spiritual Arizona resort] is the best way to clue it. It’s a town with resorts, and those red rock formations (and deep-rooted native American history) contribute mightily to its AURA of spirituality, but not—as I read it—a “resort” per se. So maybe [Spiritual Arizona resort-town]? Am I being too literal? Wouldn’t be the first time…

And even though they’re clued so as to be etymologically different ([Survey part: Abbr.] and [Juan’s “What?”]), wasn’t way keen for seeing both QUES. and “QUE?” in the same grid. Given the challenge of finding crossings for four theme-connected “Q”s, however, I suppose a little leeway is in order. I also posit that ART is better understood not so much as a [Monet supply] as [Monet creation] or maybe [Monet output]. Yes, he was most prolific. But a “supply” of art devalues the creation (imoo…) and is a word I’m more likely to attach to the work of this guy.

Which brings me to the end of this week’s post. If I didn’t GUSH throughout, be of stout heart. I’m definitely in the “thumbs up” camp where this puzzle is concerned. Its merits are far too strong for me to feel otherwise. So, until next week, folks, “Happy solving!” I have seen types of this puzzle before, possibly even with this exact set of anagrams, but no matter: this puzzle is well made and the theme is executed smoothly. The theme is explained at 41A [Puccini title soprano whose name is an anagram of the ends of the four longest puzzles answers] TOSCA. The theme answers do indeed end in a word that anagrams into TOSCA:

Well done. Some puzzles in this style may just have theme answers  where the last five letters form an anagram of a letter set; this one is smartly done. 4.2 stars for such a tight theme execution. A few notes:

Great Tuesday puzzle. See you later this week for the Saturday LAT edition! Ah, the title brings back memories … MC Hammer dancing in his oversized pants, shouting “U Can’t Touch This!” at the crowds … fun times. But this puzzle has really nothing to do with the famously bankrupt rapper! The fie theme entries in the puzzle each have two words, the first starting with the letters HA, the second with the letters MA. Here they are listed:

Not too complicated, but it doesn’t have to be! Answers still amusing, and a fun solve. I sometimes thought back when I constructed more that the theme needed to knock your socks off, but that is not usually the case. I simple, yet tight theme, often works best, as in this case. A solid 3.8 stars.

Again, kudos to Matt for regularly making an enjoyable solving experience. Until next week!