Hi, everyone! As Amy said so nicely, I’m Erin, and I’ll be blogging the Wednesday NYT. I’m excited to give back a little to the crossword community by posting both here and at the brand new site with the shiny link above! Now let’s get down to business…

Joel Fagliano has really mixed things up by creating a crossword/Hangman hybrid! (CrossMan? HangWord? I think I like HangWord better.) The theme entries are guesses for the letters in the Hangman word, which is all by itself at the bottom of the grid.

This appears to be a novel concept worthy of a spot in the NYT’s New Ideas Week. The lack of rotational symmetry and high black square count were immediate tip-offs that something strange is going on. The smiley face was a little disturbing…did it grin because it knew there was a fun solve ahead, or was there more sinister intent behind those pixellated eyes? The Face seemed to mock me initially, as the theme clues made no sense. Then the puzzle took on a Wheel of Fortune vibe as several of the down crossings fell. The Hangman component clicked after I filled in a few of the letters below, and it was a neat aha moment. The Face was a friendly one after all.

It must have been difficult to clue “What about this letter?” five different odd-numbered ways and not greatly sacrifice the fill. My two main issues with the remainder of the grid were ANO at 48d [2015, por ejemplo] as the meaning of “ano” is quite different then the meaning of “año,” and the clue for HOOD at 33d [Place with homies]. For the former, the alternative ways to clue it lead to partials, but there are other, more neutral ways to clue the latter.

I really enjoyed NSFW and FRYCOOK, although FRYCOOK crossing MEAT made me want to sneak out to the nearest diner.

Overall, this was a entertaining solve, and it ended with two smiles. 3.75 stars!

Things with LOCKS and things with KEYS. That’s our theme for today from Colin Gale (one of Mike Shenk’s “Collegian” aliases). And there’s a trunkful of theme material: Four things with LOCKS, four with KEYS, and the two revealers themselves at 46D and 53D, each crossing one of the themers. Four entries up top have the clue [Member of Set 1]. These are: 6A SAFE, 16A HEAD OF HAIR, 24A LUGGAGE, and 30A PANAMA CANAL. Two of these have what we normally think of when we hear the word LOCK, i.e. a securing device (SAFE and LUGGAGE). One uses LOCK as in a bit of HAIR, and one uses it as part of a CANAL. So a small demerit for the inconsistency of having two entries with the same meaning of LOCK.

At the bottom of the grid we have four [Member of Set 2] clues. These are: 40A HARPSICHORD, 45A FLORIDA, 56A TYPEWRITER, and 63A CODE. HARPSICHORD and TYPEWRITER are similar in that they have KEYS that are pressed. FLORIDA has island KEYS, and a CODE has a KEY to encrypt or decrypt. None of these uses the KEY that we normally think of when we hear the word (i.e. a tool to unlock a LOCK). For consistency’s sake, I would have liked to have seen either HARPSICHORD or TYPEWRITER dropped in favor of someone or something with actual door-opening KEYS, like JANITOR maybe. 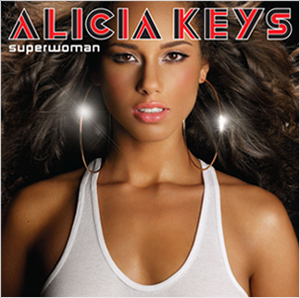 With the revealers going Down in the lower half of the grid (in addition to the Set 2 entries), you would think that bottom portion would be the most strained. But it’s not. We get SHOWTIME and ANTISOVIET (which was really hard for me to come up with given the clue [Like some Reagan rhetoric]; I wanted something akin to “folksy”). The short stuff is nothing to write home about, but it’s generally fine.

And the entire center span from the NE down to the SW is mostly good, as wide open as it is. We get HERE AND NOW with the aforementioned ANTISOVIET. Not bad. 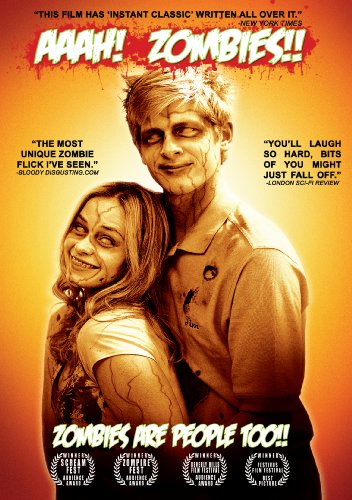 No, the real problem is in the center north where we have a tiny but brutal section. The placement of themer SAFE two rows about HAIR makes for an unfortunate pattern of letters that gives the constructor no good options. If this was the best that could be done up there, I’d say rip it out and find something else. SCHUL next to the bastardized massage sound AAAH next to the abbreviated FRI all crossing a proper name (CARR) that only football fans will know?!? SCHUL has appeared four times in a major publication since 1993 and is usually marked as a variant. And AAAH has appeared exactly zero times. I prefer AHH to AAH, so AAAH to me is just horrific. It makes me want to say AAAAAGH! That section is a mess (and I can’t stop looking at it).

It makes me think that I’m missing something because it’s so unusual for Mike Shenk to leave such sub-par fill in a grid. Am I?

So I like the idea behind the theme just fine, but the execution is just a little off. I would say get rid of SAFE and CODE (they’re not really needed and SAFE is just causing too many problems) and, to make the letter counts match up, replace PANAMA CANAL with ERIE CANAL and HARPSICHORD with CUSTODIAN, and there ya go. Open and shut.

Byron Walden’s AVCX crossword, “One for the Road” — Ben’s Review I’m not entirely sure why, but this week’s quote-based AVCX puzzle stumped me longer than it should have.  My baseball quote knowledge isn’t the best, but the person the puzzle in tribute to wasn’t just known for their skills on the field, but for being a bit of a quipster as well:

Elsewhere in the grid, there was some nice fill this week, with SNOOZE BAR (20A) and GUAVA SEED (49A) making for some fresh entries in the across clues.  I got a little tripped up by the proper names in the down clues this week, struggling to remember either current Yankees coach JOE GIRARDI (11D) or Kipling’s Kim OHARA (25D).

There wasn’t much stale fill in the puzzle, and although I tend to dislike quote puzzles, this one was a nice tribute and had a nice bit of wordplay. Today’s theme from newbie Sam Trabucco is about caffeinated pick-me-ups from STARBUCKS. 24a. [With 49-Across, how 36-Across is taking over America and also this puzzle] clues A CORNER / AT A TIME. Is this something that is frequently said about Starbucks’ business model? Google says a resounding “nope.” So that’s a highly contrived two-part theme answer that winks at the Sbux drink sizes (VENTI, TALL, TRENTA, GRANDE) in the circled squares in the grid’s corners.

The fill overall is decent. Highlights include NEW GIRL, THE REDS, RON ARTEST, and EPIC FAILS (though the latter’s clue is terrible—[Subject of many a hilarious, painful YouTube complilation] would work better without the misspelled final word and with “subject” pluralized). The debit column contains French REINE, plural NOES, crosswordese entr’ACTE, ARG clued as an exclamation (I insist in including an H—though I did see an “arg” from a smart person on Facebook today), semi-crosswordese NEE, plural NOAHS, and boring af abbrev STA. I won’t ding the puzzle for the slang YOLO, HELLA, STEP OFF, MY BAD (though not keen on duplicative [“My b!”] cluing OOPS here), and DAPS.

Least favorite clue: 44d. [Asian capital that’s home to the Dalongdong Baoan Temple and I’m sorry but that first word is hilarious], TAIPEI. The clue says “this puzzle is for juvenile white people who really don’t pay attention to what might offend POC.”

I learned some French here. 53d. [14-across, before finding her Mssr.] clues MLLE, and I hadn’t known that singular Mssr. was a legit abbrev for “monsieur.” I’d only seen M. before. Have there been French queens sans husband?

P.S. Meant to mention a factual error: 12d. [Country that was the focus of Sarah Palin’s 2012 foreign policy experience because of its proximity to her porch], RUSSIA. It was the focus of a Tina Fey/SNL impression of Palin. And Fey said “house,” not “porch.” (Palin referred to Alaskan islands that are near Russian islands.) Also, I learned today that Miley Cyrus’s sister, not brother, is named Noah, so the 48d: NOAHS clue also has an error. Hey, BuzzFeed: All the other crosswords are getting fact-checked before publication. There are 190+ countries and thus a 190+ capitals. I’ll admit Bandar Seri Begawan is difficult to use in a pun. Still, these puns on capitals felt a little uneven. We get DUBLIN (doubling) DOWN; the unparseable PRAGUE(PROG)NOSIS; TUNIS(TUNA)SALADS which is odd to randomly pluralise; and finally SEOUL(SOUL)MATES. That second one particularly seemed an iffy entry.

In general, the rest of the puzzle emphasized quiet cleanliness over splashy answers. GOGOL is about the most difficult answer here…

Random remarks? [Home ec alternative], SHOP is I assume similar to our Woodwork class. I would’ve been happier in home ec the six months I was in a school that had those, but it wasn’t allowed. [Louisville’s KFC Yum! Center, e.g.], ARENA is designed to irk those who hate branded stadium names. this is a really ingenious theme – a WITT (wish i’d thought of that), as jeff chen calls ’em – articles of clothing that begin with parts of a car (tied together with the equally brilliant “Driving Gear” title/revealer):

some other assorted notes:

thanks for reading, and be well!