It’s game on with Ruth Bloomfield Margolin’s second NYT crossword! The note attached to the puzzle (which maybe I should have noticed and read first) reads “The answers to this puzzle’s four starred clues can each precede a hidden word in 16-, 27-, 43- and 59-Across.” Those starred clues are:

Those answers can all precede the word GAME, which is found in the four longest answers:

Fun theme that takes up a large portion of the grid. The only inelegance I found was that GAME spanned both words in one of the 11s, but was fully contained in LIGAMENT in the other, but other than that tiny blip it’s solid. AGAMEMNON and The Iliad in general have had a warm fuzzy spot in my heart since college (I may or may not have named my car at the time Astyanax). Throw in NESTOR and you’ve got an ancient Greek reunion.

The rest of the fill was okay. I enjoyed SNEETCH, ARTOO, SMOCK, ICE AGE, and PANDA. Had not heard about a GRAVE accent before. OLIO, EMAG, and ONEL weren’t my favorites by any means. The one clue which stuck out, however, was [Prefix with zone or trash] for EURO. I appreciate not cluing it as the currency, but from what I’m reading, “Eurotrash” seems to be more of a derogatory label. If anyone else is more familiar with the term, I’d be happy to hear other opinions.

Overall, good theme (as long as the explanatory note is there), decent fill, and here’s a baby PANDA with its mother!

Elizabeth A. Long’s Wall Street Journal crossword, “And Now a Word From Our Sponsor” — Jim’s write-up

The WSJ has gone commercial. Our theme today, from Elizabeth A. Long, is celebrities hawking wares. In most cases, these celebrities end their professional names with a single initial. This initial is also the start of the product’s name. It’s easier to just look at the theme entries than try to explain it. Nice enough theme, although it took me a while to see the FORs in each one. I kept finding, for example, KENNY ___ GQ and couldn’t figure out what could go in the middle. 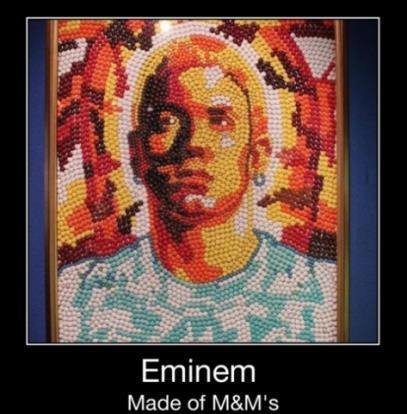 The best theme entries are those where the ending singular initial of the celebrity is also the starting singular initial in the product, for example DR J FOR J CREW and MR T FOR T-BONZ. Two other products (BVDS and GQ) have extraneous initials, so a small deduction for that (but at least they’re symmetrical in the puzzle). And then there’s EMINEM FOR M-AND-MS which doesn’t follow the pattern at all. Instead his whole name sounds like the whole product. So we’re playing fast and loose with the structure of the themers, so let’s just go with it.

For me, the biggest challenge is that I had no idea who MEL B was (and I’m proud of that fact, although sadly, I know now). 17A [You might have a shot at it] looked like it should be PAR so 1D [You might take it out for a spin] kept looking like ALPU_. It took a while for me to realize that 17A was wickedly clued (in a good way) as BAR. 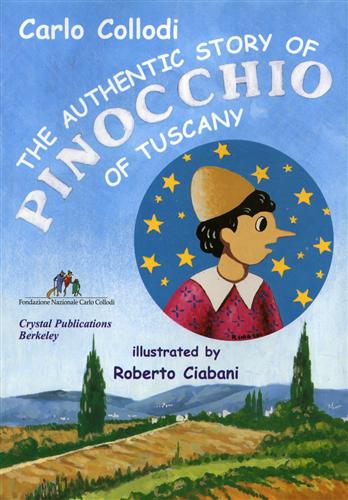 Speaking of wicked clues, 6D [Post-G string] is a great clue for awful, awful fill. (To my credit, I was thinking guitars not garments.)  HIJ is the result of the J in DR J, but I’m certain it could have been avoided. OTOH, I love the shout-out at 5D to Pinocchio creator CARLO Collodi, since I’ve read this to my children.

There are a high number of 3-letter words in the grid: 26 when the limit is usually 20. No doubt this is due to the unusual patterns of Js, Vs, Gs, Qs, and Zs in the theme answers. For the most part, these 3-letter words go unnoticed, except for EEE and the aforementioned HIJ.

Good fill includes RAREFIED (which I wanted to spell RARIFIED), DONE FOR, EARTHA (with MEW not far away), BONGOS, BURRO, DOJOS, and the correctly-spelled AMOEBA.

62A [Shirley of “Goldfinger”] wanted me to write in BASSEY (and I, not remembering the spelling, wrote in BASSY), but there’s another Shirley who got some memorable screen time in that film. Shirley EATON is not a name you’ll remember as a Bond girl, but she played Jill Masterson, and you’ll know her by image immediately. (Incidentally, her actual death by suffocation as a result of the gold paint is an urban legend discounted on snopes.com.)

So, a fun puzzle with some inconsistencies in theme entries, but we’ll let it pass.  On the other hand, if you don’t like commercial products in your puzzle, best skip this one.

Let’s close it out with Shirley Bassey, shall we? Gold-Fing-AHHH! It’s a themeless puzzle from the AV Club this week, with a 4.5/5 difficulty.  I found last week’s puzzle tricky, but I at least had the benefit of the theme clues to give me something to grip onto.  This was a different story entirely.  Luckily, there are a lot of great clues in the grid

There was plenty of fresh fill in the puzzle, and lots of clever cluing, which is what you generally want from a themeless – if you don’t have any gimmicks to hide behind, you should be nailing the details.  There were a few entries that felt a little letter salad-y (ON ABC, OCS, the aforementioned AA CELL), but overall I found this a pretty solid grid. Good morning, everyone! Today’s crossword puzzle is brought to us by Mr. Bob Klahn, and, after solving it, I had to do a double take, and then I told myself, “Wow, I was actually in a pretty good groove with a Klahn puzzle from start to finish!” That’s a rarity, but the deftly written clues were fun, yet easy enough to figure out where you needed your mind to go to get the entry. In today’s grid, the theme is fairly straightforward: each of the theme answers are two-word entries in which the first word could also precede the word “walk.”.

In this grid, I’m probably the most proud of the fact that I was able to get SABBAT from only the “S” being entered in (42A: [Midnight assembly of witches or sorcerers]). No, I won’t be described as a neopagan anytime soon, trust me. Can’t say that I’m too well-versed in Russian literature, so ONEGIN was over my head, and probably the entry that I just had to hope that its crossings would bail me out (20A: [Pushkin protagonist]). Interesting note on the singer MOBY, as I had thought a while ago whether his stage name had something to do with the novel (31A: [One-named musician supposedly descended from Melville]). But, to be honest, I wondered about that almost 15 years ago, and then I never got back to that train of thought until right now. Anyone familiar with the EWE that was named Meryl Sheep on Sesame Street (32A: [Animal whose Sesame Street incarnation is named after Meryl Streep])? Can’t say that I do, but not sure if that character is of more recent vintage or from a while back. Speaking of things popular from a while back, how about seeing KEYTARS in the grid (40A: [Synthesizers worn around the neck and shoulders])?!?!? Yes, at one point, I thought they were cool! I’ll admit it. Does any person who who dabbles in music have a keytar just sitting around in the garage collecting dust?

“Sports will make you smarter” moment of the day: CYCLE (5A: [Single, double, triple, and homer]) – It took 46 years and 7,444 games, but, this past August (Aug 14), outfielder Matt Kemp became the first San Diego Padres player to hit for the CYCLE in franchise history, when he did so against the Colorado Rockies. Here’s hoping you know that there have been fewer instances of cycles hit in Major League Baseball history than no-hitters thrown. Coincidentally enough, before that August night in San Diego, the Padres franchise had not had a cycle nor a no-hitter recorded in franchise history. Poor Padres. The theme features a pinwheel of answers whose first words answer the description FALLGUY – found centre. I think it’s still autumn in your hemisphere, so I assume that’s an additional tie-in. The set make for a colourful, if slightly dated, group. I don’t think I’ve heard anyone referred to as a PIGEON and both PATSY and CHUMP sound quaint. That is not a mark against the puzzle.

Longer multiple-word answers today were: IMHUNGRY, SEEACTION and FOURACES. As clued, FOURACES is completely arbitrary – let’s wait for THREESIXES to appear in a puzzle! However, these guys were something of a big deal once upon a time. Aside, why do I always find myself linking to 50’s music here? In my music appreciation group I am posting System of a Down tomorrow… The poker clueing angle is more accessible though. Similarly clueing NATES as two people called NATE is contrived, but the alternative is a infrequently used term for the backside.