The theme is famous people who share their names with other notables:

I like the theme’s consistency of having one of each pair be an actor. Back in ’03, Byron Walden made a New York Sun crossword where each name was shared by a baseball player and somebody else.

Likes in the fill: EUPHRATES, ON THIN ICE, HIJABS, BURLY.

Dislikes: IRANI, ENDO-, ATH, SSS, GITS, AS NO, MR ED (the show was Mister Ed), and tough-for-Tuesday AQABA and ECKO. Nicely done. SELF WEAR is the weakest, but all in all a nice theme. And Matt’s usually stellar fill is evident in this puzzle as well. A few observations:

Nice puzzle, Matt! A solid 4 stars. Until next week! Another fun Tuesday LAT puzzle, albeit from a constructor I am not as familiar with. Another fairly simple, yet entertaining theme: The four theme answers all start with a word that can be “partnered” with the word dance. Hence, the entry at 35A [Fred Astaire and Ginger Rogers, e.g., and, literally, what the first words of the answers to starred clues can be] DANCE PARTNERS makes sense! Here are the theme entries:

I told you it wasn’t that hard! Square dance, snake dance, break dance, and belly dance. I do wonder, though, why sometimes this theme style uses starred clues and sometimes the directive, in this case at 35A, will actually list the four clue numbers. I prefer the starred clues method much better!

As stated, a fun puzzle. 3.9 stars. Until next Tuesday!

Please bare with us as we work though Matthew Sewell’s nude, I mean, new, puzzle at the WSJ. Prepare to drop trou because we’re lettin’ it all hang out today. Each of the theme answers (minus the revealer) ends with a synonym for derrière or posterior or tushie or heinie or what-have-you.

This is not the tightest revealer for this set of answers. Presumably, when you’re streaking, more of you is visible than just your backside. What about your FUZZY NAVEL or your FREE WILLY or your DRUG BUST or your…? You get the picture.

So I can’t tell what was the impetus for this puzzle. Was it just to have butt synonyms, or was it to pay homage to the song? If it was the former, then the revealer isn’t really necessary (the title is sufficient), and if it’s the latter, then there should be more than butts on display. But I guess this is a family show.

Anyhoo, here is the song in question. I won’t embed it, but you can click through if you like. I think it was funny when I was 7, but it’s just dated and goofy (in a bad way) now. 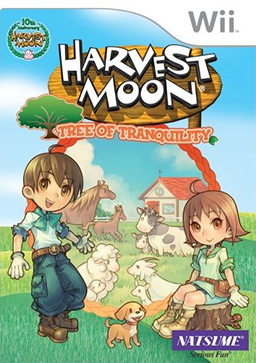 As for the theme answers, they’re a pretty good bunch. SENATE SEAT‘s clue was distracting ([Sexennial objective]) and the HARV of HARVEST MOON kept making me pause and think of my daughter’ friend Harvey. Finally I got to HARVEST M??N and all I could think of was harvestmen. Now, if it was clued as the Natsume farming game, I would have got it right off the bat since my kids have played it.

Did you know that in the UK FANNY is slang for vagina? Be forewarned: don’t go walking around London looking to buy a “fanny pack”. Instead, you’ll need to ask for a “bum bag”.

On the whole, I had difficulty putting this puzzle away. I blame the cold I’ve been fighting and the early hour at which I was trying to solve this. I had GAPE for GAWK (21D [Stare stupidly]) for the longest time and it completely screwed up the middle for me.  It didn’t help that I had STOAT for SHOAT at 29D ([Young pig]). And I couldn’t parse MY AUNT FANNY for the life of me. 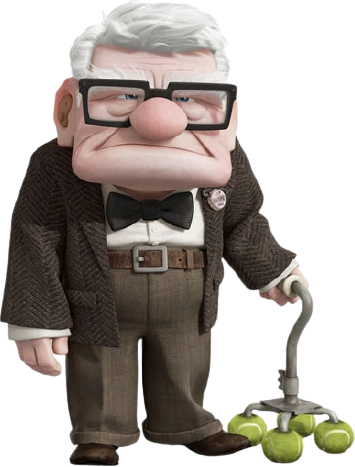 Constructionwise, this puzzle is well-built. Six themers (with two pairs crossing each other) and none of them shorter than 9 letters. Only 12 3-letter words, which is pretty remarkable. Good stuff includes: ED ASNER (I love “Up”), EGGHEAD, BUG-EYED, and BIG DEAL. The NE corner is very nice with ATLAS, PRIZED, and SATYRS going Down and only a TDS as a minus. Not a lot of other bad stuff in the grid either.

So, a solid well-built puzzle. Cute and good for a couple of sophomoric chuckles, but I felt the theme wasn’t quite tight enough.

Heady title, no? But (if it’s not clear from the long themers [including two grid-spanners]) its meaning becomes clear in the centrally-located reveal: THREE-D [Puzzle theme]. As it plays out in the grid, however, not the kind of THREE-D that requires special glasses in order to be best appreciated. Instead, each word of the four three-word themers begins with the letter “D.” And, I’m pleased to say, the resulting theme set is dynamic, dandy and dee-lightful—starting with the uber-surprising and -smile-making

“Repeated letter” themes are pretty basic—and are great for newbs especially, whose “pattern recognition” skills are being honed. Today, by repeating that letter in triplicate, by organizing it all around the THREE-D reveal, by using a title that definitely relates to the reveal yet misdirects us where the actual theme fill is concerned—through all of this we get a puzzle that is great for more seasoned solvers as well. Particularly with those decidedly top-notch themers.

I got a lotta love, too, for seeing skater Tai BABILONIA in the grid. And the oft-maligned ALBATROSS, that [Bird with a large wing span] who’s more frequently associated with being a veritable dead-weight (of remorse) around someone’s neck (thank you, “Rime of the Ancient Mariner”…). We also get symmetrical geographic fill—a state and a city—by way of ARKANSAS (appealingly clued with [Apple Blossom is its state flower]) and SARASOTA, a true Gulf Coast gem about 60 miles SSW of Tampa.

[Ended a solo run?] smartly clues SAID “I DO,“ but I was less taken with its grid opposite, the [Prior to midnight] THIS DAY pairing. That one just has a roll-your own-y feel to it that makes me question it. The Cruciverb.com database tells me that no less a constructor than Bob Klahn has also used this phrase and with a similar clue. But Klahn can be a roll-your-own-y kinda guy. If we’re gonna stretch the definition of what makes for good, acceptable fill, I wish we could also stretch “the rules” for fitbs (fill in the blanks). When I rule the world, a clue like [“…from ___ forward and forevermore”] will make THIS DAY a faaar more welcome grid entry.

[Hampton hit on them] clues VIBES and not people, since this is about vibraphonist extraordinaire, the jazz- and swing-king, the late Lionel Hampton. (Along those musical lines, we also get jazz vocalist Cleo LAINE in the mix.) And we revisit the Sunshine State, specifically EPCOT, the Orlando theme park whose name is an acronym. (Along those “mouse-works” lines, we also get a shout-out to the DISNEY studio, which made The Aristocats [not to be confused with Mighty Cheese Productions, which made The Aristocrats…]).

Finally, provincial me, who doesn’t always look carefully beyond the continent she lives on…who associates the RED SEA with Israel and northern Egypt, and its proximity to the Mediterranean, and hadn’t considered that in fact it’s an [Arm of the Indian Ocean], dividing Africa from Asia. (Along those northern-Africa lines, hello to the Nile’s ASWAN Dam.)

So we get a puzzle with a lot of interconnecting facets today, which I always take as a major plus—not to mention that very solid and very snappy theme set. Keep solvin’, folks, and we’ll do this again next week! I thought today’s Buzzfeed puzzle might be trouble when I loaded it and things seemed…different, but shame on me. This puzzle was a blast, and if you didn’t like it, shake it off (or we’re never ever ever getting back together). If those last two sentences didn’t trip you off, today’s puzzle makes excellent use of the grid to hide a bunch of things related to another song by everyone’s current favorite Taylor (now that Taylor Lautner’s no longer a major thing):

The symmetry of the theme entries in the puzzle was lovely, as were the two bonus Taylor-adjacent clues (29A‘s “Dunham who plays Lucky Fiori in the music video for 32D” [LENA] and 39D‘s “‘It’s a love story/ Baby just ____’ (25A lyric)” [SAY YES]).  I may or may not have sung the hook of the song upon completion of the puzzle, it was that good and that joy-making.  There were a bunch of other nice clues in the puzzle – nothing that felt overly long or jokes that didn’t quite hit:

That’s not to say there weren’t a few nitpicks.  I’m unfamiliar with the usage of 57A‘s ADEPTS as a way to describe a group of “Proficient people”.  I’d tend to say “that group of people over there are adept” vs. “those adepts over there”, but maybe that’s just me.  I also caught a typo in 59A – it’s “imminent weather”, not “immanent weather”.  While it’s nice that the grid represents its blank space in the center, it was also irritating that it didn’t give me 100% completion upon finishing the rest of the grid.  Still, a fantastic puzzle that captures what Buzzfeed should be doing with their puzzles to stand out from the pack. More like this, please!

Clue that sent me down a YouTube wormhole:I’m not going to lie, you guys — I listened to a bunch of Taylor Swift after finishing this puzzle.  And then watched the goat video. Good evening, everyone! I hope you’re well, and that you enjoyed today’s crossword puzzle, brought to us by Mr. Alan Arbesfeld. In it, each of the first three theme answers are multiple-word entries in which the first word also is a type of political party, with the fourth theme, PARTY LINE, acting as the reveal (62A: [Official political philosophy, and what the first words of 17-, 29-, and 48-Across represented in last week’s voting booth]).

Very interesting to see the entry of SLING MUD intersecting “Republican” in the grid, and it was funny to see that entry in a grid that has politics in the overriding theme (26A: [Engage in smear tactics]). Speaking of a possible underlying political theme, or at least the tenor of politics, there’s also NEGATIVE (40D: [Unfavorable, as reviews]) and SCROOGE, which might be more of a stretch in terms of relating it to something political, but you definitely hear people talk about politicians in a light that would make them look like scrooges (9D: [Miserly sort]). On a happier note, I loved seeing the entry of ENDORA, even though she made life borderline hell on Darrin all those times on the show (8D: [Samantha’s mother on “Bewitched”]).