Kameron Austin Collins, one of my favorite newish themeless constructors, talks the talk and walks the walk. In addition to honing his craft with a fresh low-word-count themeless every two weeks via his newsletter, he’s also offering to address the male/female imbalance in themeless bylines by mentoring women interested in making themeless crosswords. You can be a newbie, you can be a seasoned constructor who just hasn’t ventured into making themelesses yet, whatever. This is a terrific and generous offer, and Kameron’s got other volunteer mentors lined up to handle overflow. Details here. I’m disappointed that 21a. [People who are under a lot of pressure] wasn’t STRESS MONKEYS, though. Any of you using that phrase? Different kind of pressure—DEEP SEA DIVERS.

Least favorite fill: AQUIVER. Who says that? I do like SHAFTED, ACEY-DEUCY, “IT’S A PLANE,” HONEST ABE, and “SAY CHEESE.”

Making his BuzzFeed debut today is Natan Last, who has a healthy number of NYT themelesses under his belt. Let’s take a look at what he has on offer today. There are a number of nice things in the grid. RON SWANSON and SHOWMANCE up top, MARIO KART and SOPHMORIC down below. Cutting right through all those is PRINCESS DIARIES with POSSE CUT and BIG MOMMA flanking it symmetrically. Very nice. And the worst thing in those sections (N, S, NE, and SW) is an EMILE.

But this is a very segmented grid. There are four distinct sections. It’s undesirable to have a single square which, if changed into a block, would cut off a whole section of the grid. This is true of the I and O in MARIO KART and their symmetrical partners in SHOWMANCE. With only one way into the NW or SE, if you struggle in there, you’re on your own.

But the worse offense is to have a single square divide the grid in two. Such is the case with the S dead center in CBS TV. The reason being, again, that it’s not entirely fair to the solvers. If they have trouble in a section, they might not have a chance to come at it from a different direction.

Segmentation aside, I like most of the grid. In addition to all the good stuff listed above, BELLA SWAN and ELDER WAND make a fitting partnership in the SE. In the NW, IN TOO DEEP is great. SLUT SHAME and MAN WHORES on the other hand…

I get that it’s hip and edgy to put phrases like these in your puzzle, but there are limits. Just as some felt that yesterday’s PuzzFeed went too far in its pop culture references and slangy clues, there’s a limit to a puzzle’s sex shock-value. I’m no prude, but I bet this back-to-back in-your-facery was a turn-off for more than just me.  One of these is probably fine, but both together add up to a bit much. And while we’re at it, why are we SLUT SHAME-ing MAN WHORES?

Oh yeah. And somehow KELP gets a Spongebob gay sex clue. Wha-huh? (37A [___ Forest, place where Spongebob and Squidward probably go to do shrooms and sex stuff].)

There is an interesting dichotomy in play here. On one side SLUT SHAME (1D [Belittle for having basic sexual urges and acting on them as one sees fit]), and on the opposite side EPISTEMIC (33D [Relating to how you can ever really know something, to philosophers]). We’re asking people to know both those terms? If you put them at opposite ends of a sliding scale representing the breadth of knowledge a solver should have, there probably aren’t that many solvers who can stretch that far. (My own breadth of knowledge didn’t extend to either extreme.) Cluing was extensive. Too extensive. Some editing would have been welcome. For example: 47A [The way you REALLY play is you can’t be driving your character while you’re drinking your beer BUT your beer has to be finished before you cross the finish line]. How about [Game where it’s okay to drink and drive] or [Drinking game that involves some driving]? 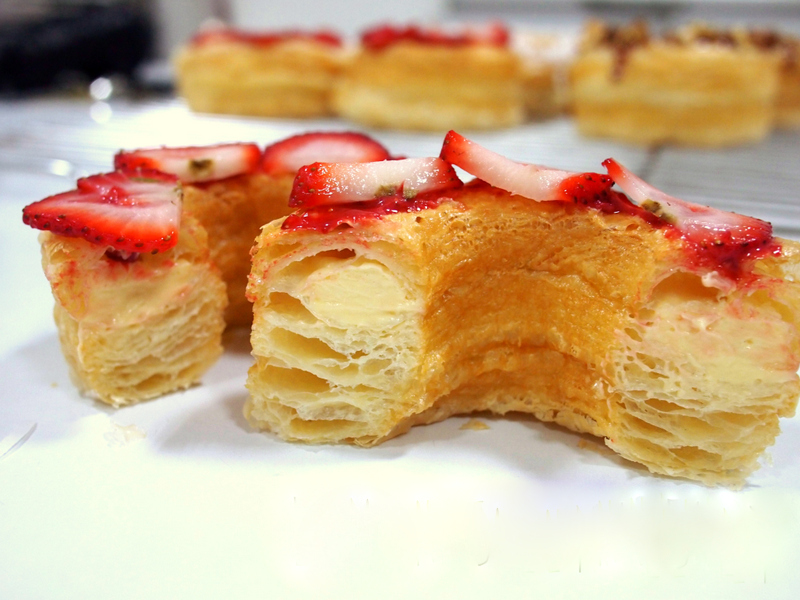 By title alone, this would seem to be a sequel to last week’s CHE (“U. Can Have It Both Ways”), but the theme itself is markedly different.

That said, I wasn’t considering the title during the initial stages of the solve. To wit, the first theme entry, 20-across, TURING CYCLE, [What a Bletchley Park computer pioneer might have ridden to work?], I interpreted as a homophonic pun for touring cycle. Not so!

As you’ve no doubt perceived by now, each possesses the bigram T-U, which has been sneakily thrust into the original versions: [The] Ring Cycle, Hoover Dam, Ohio State, bas-relief. The title is a bilingual pun. Julius Caesar’s famous rejoinder, well-known to crossword solvers, is “ET TU, Brute?” (“And you, Brutus?”); take the and (=’plus’, +) from the English column with the tu from the Latin, and the loose rationale for the title is evident. Oh wait, I’ve only just noticed the revealer (which is one of the standard locations for such entries): 71a [Caesarean cry … or an alternate title for this puzzle] ET TU. I guess the actual title, then, may further be interpreted as “adding two (letters)”?

I can’t say the quartet of theme answers wowed me. Three are proper nouns, while one is a (well-integrated) French loanword. The first one loses surety without the definite article. The third is kind of random, merely requiring a four-letter state name; Ohio State is no more or less prominent than Iowa State, though both probably possess more cachet than Utah State University. Then, smack dab in the center, this crossing: 40a [Wedge-shaped symbol in vector calculus] DEL and 34d [Preceder of Tishri on a calendar] ELUL. A moderately obscure mathematical notation (yes, I realize it’s the Chronicle of Higher Education) intersecting the name of a Hebrew month? Even with the ‘wedge-shaped’ descriptor evoking delta it’s still tough. And besides, it appears that, technically speaking, DEL indicates the function while the symbol itself is more properly called nabla. Honestly, why not reclue 31a [Neighbor of Wash.] IDA as, say, the 2015 Best Foreign Film Oscar winner and delegate the three-letter state abbrev. here, to represent Delaware? Or even a music-related fill-in-the-blank, DEL Shannon/Amitri/tha Funkee Homosapien (yes, I realize this isn’t the BEQ or MMMM)?

Sorry, I just wasn’t feeling it for this one. Mr. Wechsler gives us an interesting variation on the “hybrid” theme type. The left side is a job; the right side is a famous person. They meet as the second half of the occupation is that person (man to be precise)’s name. The clues are all written so as to imply the famous person is doing the job in which his first name is imbedded.

We get APOTHE(CARY CARY)GRANT, WEAT(HERMAN HERMAN)WOUK, TRUM(PETER PETER)BOYLE, and OPTIC(IAN IAN)FLEMING. Two actors, two authors – balanced, if rather unadventurous. I’d like to suggest that Peter Boyle is several orders of magnitude less famous than the other three. Not “doesn’t deserve to be in a puzzle” less famous, just noticeably less celebrated. Still, FINCH and LORRE are about peers in that regard.

The grid is very segmented. The top-right was my favourite – VWJETTA is showy and the crossing JIGSAW intersects two themers. And the ballast fill is clean too. The opposite side has the fun to say BORSCHT. [Red bowlful] had me thinking chilli though!

The weakest of the segments was the middle-left: EXALT and AXIOM give us some X action, but AIDER and TOYOU are less than ideal and that isn’t the best place to introduce [Tony winner Huffman], CADY into the mix…

I appreciated a non-1984 clue for [Fiji’s region], OCEANIA. Amy will probably appreciate the dated clue choice [Here Come the ___”: 1945 college comedy] if not the presence of COEDS in the fill. Happy Friday to you all, crossword lovers. I hope you’re having a good day heading into the weekend, and also hope you’re not feeling some of the emotions that also happen to be the theme of today’s grid, brought to us by Mr. Patrick Jordan. Each of the four theme answers – two across and two down – end with words that also describe feelings similar to that of one seething.

First thing I noticed after completing the grid is the rhyme-time intersection of LAVA (45D: [Obsidian, originally]) and JAVA (54A: [Applet programming language]). Actually, what I should have noticed first is the heartbreak at JILT (54D: [Abandon unfeelingly]) followed by the return to relationship bliss with REMARRY (42D: [Take another spouse]). Throw in SATES (50D: [Appeases fully]) and GLEE to go along with the theme entries and there’s a lot of feelings being shown in this grid (53D: [Fox series set in Lima, Ohio]). Please tell me that someone is still old-fashioned and says FIE (59D: [Old-fashioned “Bah!”]). Isn’t “bah” pretty old-fashioned in its own right?

“Sports will make you smarter” moment of the day: WEBB (32D: [Jack of “Just the facts” fame]) – I’m sure many sports fans remember Spuld WEBB, the former guard in the NBA who played with the Atlanta Hawks and Sacramento Kings who was known for winning the 1986 NBA Slam Dunk Contest during All-Star Weekend in Dallas. So here’s a question for you: Do you know Spud Webb’s given first name? Got it? Give up? OK, enough of the faux suspense. It’s Anthony.

Have a great rest of your Friday and a good weekend to boot! See you tomorrow!