Let’s keep things short and sweet this week, as there is much to do in the Milligan-Milburn household before Friday. We’re keeping up with the Christmas theme today by referencing a classic Charles Dickens work, A CHRISTMAS CAROL [Novella whose final words are found in the shaded squares]. The circled letters found in five across entries spell out “God bless us every one,” the famous quote by TINY TIM, who is adorably situated in a rebus square in the southeast corner [Speaker of the words in the shaded squares, expressed literally]. The quote words were nicely hidden, and their entries were good overall. I’m not sure how much I like seeing the double entendre-named James Bond character PUSSY GALORE in a mainstream crossword, but it allows the presence of THE VERY IDEA, which is a nice debut.

The fill is pretty enjoyable. My giggle moment was reading a fresher clue for ORCA [1977 film described by Leonard Maltin as “For undiscriminating action fans whose idea of entertainment is watching Bo [Derek] getting her leg bitten off”]. I had forgotten about Sid’s dog SCUD in the original “Toy Story” movie (maybe it’s time to watch it again), and seeing ECTO always makes me think of Hi-C Ecto Cooler, which will always be one of those childhood things that I remember as being amazing, but I’m sure if I tried it now, it would be disgusting. Still, that green Slimer color and sickening sweetness will always have a place in my heart.

Hope everyone has had/is having a wonderful holiday season, whatever you celebrate!

Christmas is almost here! So far this week we’ve wrapped presents and visited with elves. Now the big guy himself makes an appearance and he’s checking his LISTs.

Today’s theme adds LIST to the end of certain phrases (69A [Santa’s aid appended in this puzzle’s longest answers]), but it’s not as simple as that. In each case, the LIST changes the meaning of the second word. The L becomes part of that second word (PANE becomes PANEL, PASTE become PASTEL, DUE becomes DUEL) and the IST is the suffix meaning “one who…”  Observe… Nice theme, consistently handled. I’m not sure why we’re adding a LIST. Usually you had to a LIST. But let’s just go with it.

We also get a bonus Christmasy pairing of WASSAILS and REINDEER at 25A and 47A. Despite being 8-letters each, I wasn’t confused into thinking they were part of the theme. I especially like WASSAILS—such a strange word. 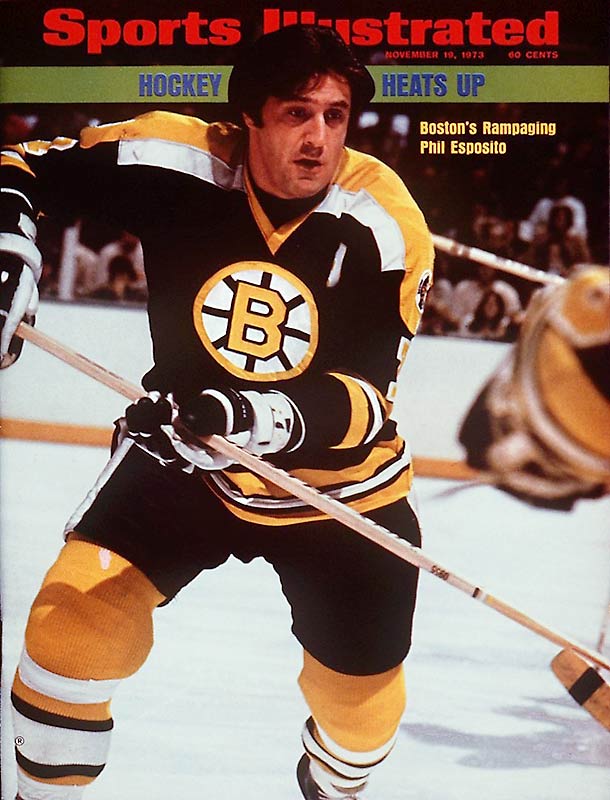 Unfortunately I think that WASSAILS is partly responsible for the north section with ESPOSITO, PART I, and SEINES. I don’t know about you, but I can’t pull a 70s hockey player out of my head unless his name is Orr. Once I got _OSITO, I guessed the top part based on probability. In retrospect, I have heard the name Phil ESPOSITO, but would not be able to give the context to save my life. PART I and SEINES just seem like unfortunate fill. I wonder if they could have been avoided with PALOMINO or GERONIMO in place of ESPOSITO. But perhaps those lead to worse problems.

Other tough fill: The barrage of consecutive proper names starting at 30A [“Sons of Anarchy” creator Kurt] SUTTER, followed by 34A [Soccer player Freddy] ADU and 35A  [“Playtime” director] TATI. I immediately knew 37A [Friend of Spanky and Alfalfa] DARLA, but if you didn’t, those four probably made the middle section challenging to fill.

Nice puzzle. Tougher to fill in than yesterday, but that’s as it should be.

Didn’t know the answer 15A [Guest at the Starretts’ homestead in a 1953 film], adding to the difficulty in that section, but maybe if I’d watched this: (Not sure I’ve seen a crossword title that doesn’t use title capitalization before … but then, titles generally don’t evoke farts.)

This theme is very ungassy and uncrude for a fart theme. Happy holidays, everyone!  I’m currently solving while watching the snow fall from my parents’ place in MN.  It’s lovely, but there’s no alcohol in the house, which may explain why I got through today’s AV Club puzzle as quickly as I did:

All of these sound lovely, as long as the potato pancake is served on the side and 61A’s drink does not involve me actually imbibing myrrh.  Some other clues of note:

Lots of geat cluing and fill in this puzzle, and a fun seasonal theme.  The AV Club always does great around the end of the year, and I’m already looking forward to the extra bonus puzzle they’ve promised us. Good morning/afternoon everybody! Hope you’re doing well on this Christmas Eve eve. Today’s crossword, brought to us by Ms. Lynn Lempel, creates puns out of common phrases and/or proper nouns by adding an “A” to the phrase somewhere inside of it.

Got stuck big time down in the Southwest when I had put in “rashes” instead of ITCHES and didn’t change it for a while (46D: [Poison ivy woes]). Definitely didn’t help that the last three letters are exactly the same for both. Was on the same wavelength with the constructor when seeing the clue for TAME, as I immediately thought about the circus and ringmasters…and the poor animals that have to be put through all of that for show (58D: [Make jump through hoops, maybe]). I liked the near synonyms of DEAD SURE (3D: [Absolutely positive]) and VEHEMENT that were parallel answers in the grid (40D: [Emphatic]). Oh, and I just noticed DOUBT intersecting “dead sure,” which is pretty fun to see (28A: [Uncertainty]). Please tell me that I’m not the only person that’s not caught up in all of the hoopla around ADELE right now (10D: [Singer of the James Bond theme “Skyfall”]). She’s great, I know, but I’m definitely experiencing Adele overload right now from so many people who have links of her music (and other appearances) on Facebook, Twitter, et al. I’ll probably head out of my office now for lunch, and hear a couple of people listen to one of her songs on their iPhones. That’s how my luck works, you know?!

“Sports will make you smarter” moment of the day: EARL (41D: [Manager Weaver in the Baseball Hall of Fame]) – The man who believed in pitching, defense and the three-run home run, longtime Orioles manager Earl Weaver had a winning percentage of over 58 percent as a manager, and won his only World Series with the Orioles in 1970. He also was one to have not-so-nice exchanges with umpires, as he was ejected 98 different times in his career.

Have a good day, everybody, and I’ll see you tomorrow! Today, an EYE is tacked on to the ends of one of the two words in the theme phrases, and wackiness results. The first and last theme entries have an EYE at at the ends of their first words, and the middle pair at the ends of their second. Presumably because EYEs is a repeated, and thus predictable, trigram, this puzzle is running on Wednesday not the more typical Friday. The selections form a pleasant set: [“The 11:00 p.m. flight is now boarding”?], RED(EYE)ALERT; [Inconsolable freshwater fish?], WAILINGWALL(EYE); [Fearful Iowan?], CHICKENHAWK(EYE); [Fictional sailor’s pies?], POP(EYE)TARTS.

3.5 Stars
Gareth
The Honeycombs, anybody?