The theme is six phrases with P.F. initials:

P.F. possibilities not included here: Princess Fiona from the Shrek tales, my hometown Park Forest (population half that of Natick!), “Pac-Man Fever,” Paul Feig, pinky finger, Pope Francis, poker face … clearly there is a huge list of Possible Fill here. The six chosen by the constructor are all solid, zippy enough, though there is no other overriding theme connecting them.

Overall assessment: I probably would have liked this puzzle better with just four crisp theme answers and smoother, more Monday-friendly fill. Six themers is fine, but only if you can avoid fill like EPOS, PSIS, NEGS, and IDEO-. 3.4 stars from me.

Appropriate title for today’s puzzle, because I flew through it. Didn’t stop to suss out the theme until it was all over four minutes later.

Another new name in the byline today. Is this a debut? “Andy Keller” anagrams to Lady Kernel, by the by.

Very simple theme, but cleanly executed. Our themers are five phrases which feature a bird at the beginning. The birds aren’t directly involved in the phrases, though, and none were harmed in the making of this puzzle (in case you were wondering). When I hit 34A and typed in MEADOWLARK LEMON, I got a warm, fuzzy feeling. So timely and wonderful to see his name highlighted at the center of the grid. When I got that answer, this puzzle was a win, no matter what happened in the rest of it.

George “MEADOWLARK” LEMON passed away a week ago Sunday at the age of 83. I remember seeing him, Curly Neal, and the rest of the Globetrotters when I was a kid, and was just amazed at their skill and humor in defeating their patsy opponents, the Washington Generals. At the time, I don’t think I knew it was all staged, but it was so much fun to watch.

So I have nothing bad to say about a puzzle that highlights MEADOWLARK LEMON. Actually, there probably isn’t much bad to say about the puzzle. FAX MODEM makes for pretty dated technology, but it’s interesting in a crossword. ANECDOTE is another nice long Down. SPEAK UP makes for a colorful entry at the center of the grid. 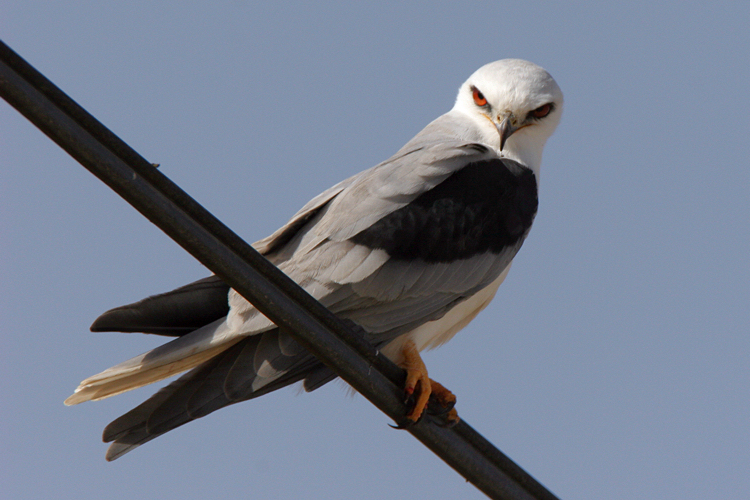 The NW and SE corners are solid, mid-sized open areas with good entries like MARK-UP, NEWTS, RUSSET (my favorite type of apple), WILBUR, PULPIT, and TRYSTS. I didn’t remember the name ARCARO which slowed me down a bit, but it was easy enough with the crosses. Oh, here’s the only nit for the puzzle: A KITE. One, it’s a partial; two, it’s a bird but not part of the theme set. Still, doesn’t bother me none, because MEADOWLARK LEMON.

This is a very nicely constructed puzzle — a simple theme, yes, but I think about just right for a Monday. Let’s close it out with a few minutes from the man himself: Overall, didn’t much care for this one. SQUAD GOALS is awesome, and I like PAUL PIERCE and PETER LORRE in that middle section. IN THE HOLE is great, too.

But the clue for SCHLONGED (a great topical word) clanged—33d. [Failed big-time, vulgarly]. Should be [Beaten big-time, vulgarly], if you believe linguist Ben Zimmer. It’s not that Trump said Hillary schlonged—he said she got schlonged. (This was my first time Googling ben zimmer schlong—the search results were surprisingly unobscene!) The theme revealer is LOOSE ENDS, 52a. [Final details to take care of … and, literally, what the last words of 20-Across and 10- and 29-Down can be]. Those three themers end with words that can follow “loose”:

The theme is of modest size—two 9s and two 10s, 38 theme squares. I’d like to see glass-smooth fill as a result. We do have a smattering of crossword triteness in the grid, though—EMIR, ETON, AERIE, GLEN, ELAN, ULNA, and SSR all feel like they’re overrepresented in crosswords vs. real life. BEEFCAKE, LAVA LAMP, FROLIC, COGNAC, these are all nice. Hello there! How’s everybody to begin the week? Today’s crossword, brought to us by Mr. Ian Livengood, is a slick one, with each of the four theme entries being two-word answers in which each word is an anagram of a city – all world capital cities – in each of the countries mentioned in the pun-filled clues.

Very good execution on the theme, even if the clues had to be wordy at times. Actually didn’t catch on for a while as to what was happening with the themes. Very fitting that there was EXIT VISA in the grid, given all of the different world cities cited in this puzzle (40D: [What’s needed to leave some countries]). I definitely don’t wait until only the winter time to slather on the LOTION, as I pretty much do that every single day (11D: [Winter skin soother]). The proper names in the grid were no problem, getting both PASCAL (46D: [French mathematician Blaise]) and AMANDA pretty easily (12D: [Bynes of Hollywood]). There also was ERNIE, and usually, you see his last name as an entry instead of his first (67A: [Els who won the 2012 British Open]). Oh, and then there’s LAURA, who I’ve seen many more times on That ’70s Show than on OITNB (32D: [Prepon on “Orange Is the New Black”]). Actually, I’ve never watched an episode of OITNB. Yes, you can start throwing tomatoes at me right now for not having done so.

“Sports will make you smarter” moment of the day: ELI (8D: [QB Manning]) – Which NFL team drafted Ole Miss quarterback ELI Manning as the No. 1 overall pick in the 2004 NFL Draft? If you said the New York Giants, you’d actually be wrong. It was the San Diego Chargers, owners of the No. 1 pick that year, that drafted Eli first overall, but the Manning patriarch, Archie, balked at his son possibly playing in San Diego. Three selections later, the New York Giants drafted NC State quarterback Philip Rivers, and the two teams then engineered a trade to swap the quarterbacks.