Welcome back from a two-week holiday hiatus to the weekly Wall Street Journal crossword contest. Biweekly constructor Matt Gaffney is up again and he’s offering us a geographical meta this week. We are asked to name a proper noun, which could be pretty much anything, so let’s see where the theme entries (instructions) lead us. 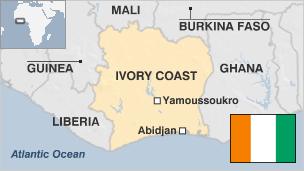 So with 54 countries in Africa, we have 54 national demonyms to choose from. Most demonyms end in the letter N, so it’s a good bet that our “big city” begins with that letter if we were to turn it backwards, as indicated by step 3 of the theme instructions. My first guess at an African city that begins with N was NAIROBI, and if spelled backwards, we get IBORIAN, which is just one letter away from IVORIAN, or the demonym of natives of the Ivory Coast, today’s meta answer. (I see National Geographic Style Manual prefers the French Ivoirian instead.) Fun fact and nice that the demonym and city reside on the same continent. As far as the rest of the puzzle goes, I was ready to email Matt about the clue [Like right away] for COTTON TO, as I guess I was like, in a Valley Girl phase, not seeing the “like” as a verb. But of course, the clue is correct and to “cotton to” something is to “warm up to” something quickly, as cotton does to other fibers when blended to make textiles. Another fun fact was the word FERRET comes to us from the Latin furittus for “little thief,” which is indeed what they can be.