Today’s AV Club puzzle from Erik Agard has a meta contest – we’ll have a writeup next Monday. The theme of today’s NYT SUB-mission is SUBMERGES [Goes underwater … or a hint to the answers on the perimeter of this puzzle]. Each entry at the grid’s perimeter stands alone as a valid English word, but does not match up with its clue. The solver has to “merge” each peripheral entry with the prefix SUB- for the puzzle to make sense. For example, 10a. DUES in no way means [Puts down by force]. SUBDUES, on the other hand, matches this definition perfectly. There are ten themers overall, and they are all strong, common words, both combined with SUB- and on their own. The theme took longer for me to completely grasp than most Wednesday themes, but did not add significantly to my solve time. It was a newer concept for me, and once I got it, I found it delightful.

The trouble with a perimeter theme is the constraints it places on the rest of the grid. The center includes lovely longer entries in TEAHOUSE and PANELIST, and the corners include SASHIMI and UNITARD, but there are also less pleasant entries such as BOURREE and ALIENEE. The shorter fill includes quite a bit of abbreviations/suffixes, but does include a wonderful singer combination in Eartha KITT and KIRI Te Kanawa. Finally, the cluing is rather straightforward, which brings solving time down a bit and counteracts the possible difficulty in discovering the theme mechanism, but is a little dry. Overall, a wonderful theme, but less than stellar fill. 3.2 stars.

Are you ready for your close-up?

Damien Peterson (aka editor Mike Shenk) has added PICs to the end of three phrases, thus giving them a “Photo Finish”. I love it when a title makes perfect sense once you grok the theme. I love the title, but I can’t say I loved the puzzle. The base phrases are “Talking to,” “Hardware,” and “Oakland A’s”. Not exactly scintillating stuff; only one of those makes for interesting crossword fare in my opinion.

HARD WAR EPIC requires such an awkward re-parsing as to be distracting; the other two don’t require any re-parsing at all, so there’s an inconsistency factor as well. And finally, I didn’t know what an ASPIC was until I began writing this review. The clue had me thinking it was a plate or bowl of some kind. Now that I’ve looked it up, I wish that’s all it was. If you don’t know either, it’s a savory dish where various food items are molded into gelatin, making them look like they’ve been encased in solidified grease. If Jabba the Hutt were a foodie, no doubt he’d have made an ASPIC with Han Solo. 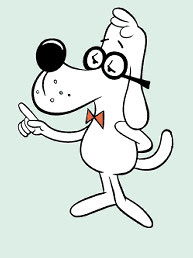 But back to our puzzle. The theme didn’t thrill me, but there’s some great fill: TRACTOR PULL, BALLET SHOES, OPTOMETRY, SWADDLING, SWANEE, ALBINO, DEAR ME, CAST OUT, and ADMIRAL.

I don’t know the play OLEANNA (2D [1992 David Mamet play]), but it just looks like a jumble of crosswordese. RESCANS isn’t great and gets an opaque clue (44D [Corrections by checkers]).

There was no way I was going to know TED KEY (47D [“Hazel” cartoonist]), but now I see he also created Peabody’s Improbable History, which is far more interesting to me. But the fact that the T crosses TRIODE (47A [Early radio component]) just made that southern section unpleasantly difficult.

So this one missed for me. But tomorrow’s another day, and it’s a Thursday which is usually pretty interesting around here. Until then… In social media hashtags, there are various theme days each week. These serve as fodder for a set of puns:

I thought I was paying attention to social media, and yet I was entirely unaware of half the hashtags in this theme. A theme like this is rarely seen in today’s crossword environment. The first syllable in each answer is SIN as revealed by SINFUL. I don’t like that revealer because a) it’s not apt, b) it’s not necessary, c) it repeats the spelling of SINBADTHESAILOR. The theme answers are a mix of words and phrases: synTHESIZE, cynDILAUPER, sinBADTHESAILOR, scinTILLATE, and cinCINNATI.

Mixed feelings: 3 Stars.
Gareth, leaving you with Robert Hazard for some reason… Hello there, everyone! If I remember correctly, our constructor of today’s crossword puzzle, Ms. Donna S. Levin, once resided in New York City, so there’s a good chance she had some of the best bagels in the world while in the Big Apple. Her theme today reflects types of bagels, with those entries being multiple-worders where the first word also happens to be a type of bagel. As for me, I prefer the first more than the other four…or any other type. I know, I know…I’m plain. What can I say?

Didn’t read the title of the puzzle, so was slightly confused when I filled in the first two theme entires and tried to figure out what was happening. Obviously, once I read the title, obviously that all came together. Fortunately, once I saw that, was able to fill in the rest of the theme entries without any crosses, including Miss Montgomery, who I really liked when I watched a few episodes of Without a Trace when she also played a cop. We also had another full name in the grid with ED ASNER (49A: [Lou Grant’s portrayer]). At this moment, I’m sitting in a cafe right across from a Chipotle. What does that have to do with this puzzle, which happens to feature E-COLI (53D: [Bacterium with a bad reputation])? Umm…there’s no correlation…not at all! Honest! Favorite clue of the day is definitely EL DORADO, as who wouldn’t want to think about a vast land plot with a whole lot of gold…that pretty much doesn’t exist (9D: [Utopia visited by Voltaire’s Candide]).

“Sports will make you smarter” moment of the day: SATCH (52A: [Louis Armstrong, to his friends])  –If a former professional basketball player has his number retired by the Boston Celtics, then that player must have been one of the greats to ever play. That definitely was the case with New York City native and 2011 Naismith Hall of Fame inductee Tom “SATCH” Sanders, whose No. 16 is retired by the Celtics. Satch, after a standout college career at NYU, played for 13 seasons with the Celtics (1960-1973) and won eight NBA titles. In 1973, after his playing days ended, Satch was hired as head coach of the Harvard men’s basketball team, becoming the first African-American person to be a head coach in any sport in the Ivy League.

Thank you once again for the time, and I’ll see you tomorrow!