This is one where the title helps a lot to point the solver in the right direction. Each of the final words becomes the name of an actor who has won a Best Actor Oscar by changing the last letter: 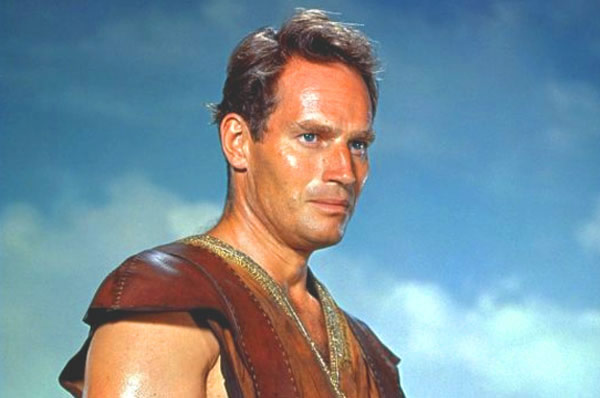 (Notably, both Scott and Brando declined their awards.) Taking these “alternate endings” from top to bottom, we have another Best Actor winner, Charlton HESTON, winner in 1959 for Ben-Hur and our meta solution.

Fun and timely meta; it’s also a nice touch that no anagramming was necessary. The puzzle itself was pretty tough going, though, beginning with 1-Across’s [“The gymnasium of the mind,” to Pascal] for CHESS. Other tough entries were 7-Down’s [Like ___ (enthusiastically)] which is either A SHOT or AS HOT, I’m not sure which; COAT for [Duster, e.g.] (I had FORD at first, even though I see here, it was a Plymouth); probably the hardest clue for EEE you’ll see (referring to the foot-measuring Brannock Device) and the spelling of the song WIMOWEH, or “The Lion Sleeps Tonight.” Take a listen: