The theme answers are pretty straightforward, as the theme lies within the clues. “X and Y” phrases are playfully clued as “double [something],” where the “double ___” phrase is a familiar phrase:

DRAW STARES doesn’t feel quite lexically chunky enough to be a crossword answer, and PER DAY parking rates feels a little off to me (all-day or daily rates feel more in-the-parking-language to me). TAP ON, clued as [Lightly touch, as a shoulder], also feels a little weird. “Tap my shoulder,” “tap me on the shoulder.” The “tap on a shoulder” concept … not wild about it. Hoo boy! This was a doozy, but a goodie!

By my count, this is editor Mike Shenk’s third puzzle this week. No complaints here as they are always of the highest standard. This one in particular is wonderful.

I could not see the theme for the life of me until I was stuck at the end. The answer to the 17a clue [Start of a bridal rhyme] wanted to be SOMETHING OLD which, of course, didn’t fit. So I put in the SOMETHING and looked at 9d which gave me BRUCE LEE (wicked cool non-theme fill BTW), so I was left with SOMETHINGU at 17a. 8d [Map publisher since 1905] worked out to be AAG for me which had me going “huh?”, but I didn’t see my error. In hindsight, I should have caught on immediately to what was going on, but instead I labored through the rest of the puzzle none the wiser.

Similarly, 27a [Relish] worked out to be TAKE DELIGHT _. So I figured something was going on with the last letter of each entry. 43a [“Calm down,” to Brits], I thought, was going to be KEEP YOUR HAT ON, which doesn’t sound particularly British to me, but whatever. I left it as KEEP YOUR HAT _.

Finally it was 57a, after much struggling, that gave me the kick in the pants I needed. I was sure about 49d and 50d, AMPLE and LOBES, which gave me PB at the end of the themer. I worked out the first portion to be AUTOMOBI, plus the PB at the end. Finally I figured out it should be an AUTOMOBILE AD, which led (ha!) to my aha! moment of realizing the metal LEAD was at the end of the themer and was represented by its chemical symbol of PB.

Whew! Got that? It’s much simpler than I made it out to be. Four phrases end in a letter string equivalent to a metal. That string is replaced by the chemical symbol. Ergo… This really was a test of my memory of metallic symbols as I couldn’t come up with SN for tin, and the crossings were no help.

So I love the theme! What about the rest of the grid? 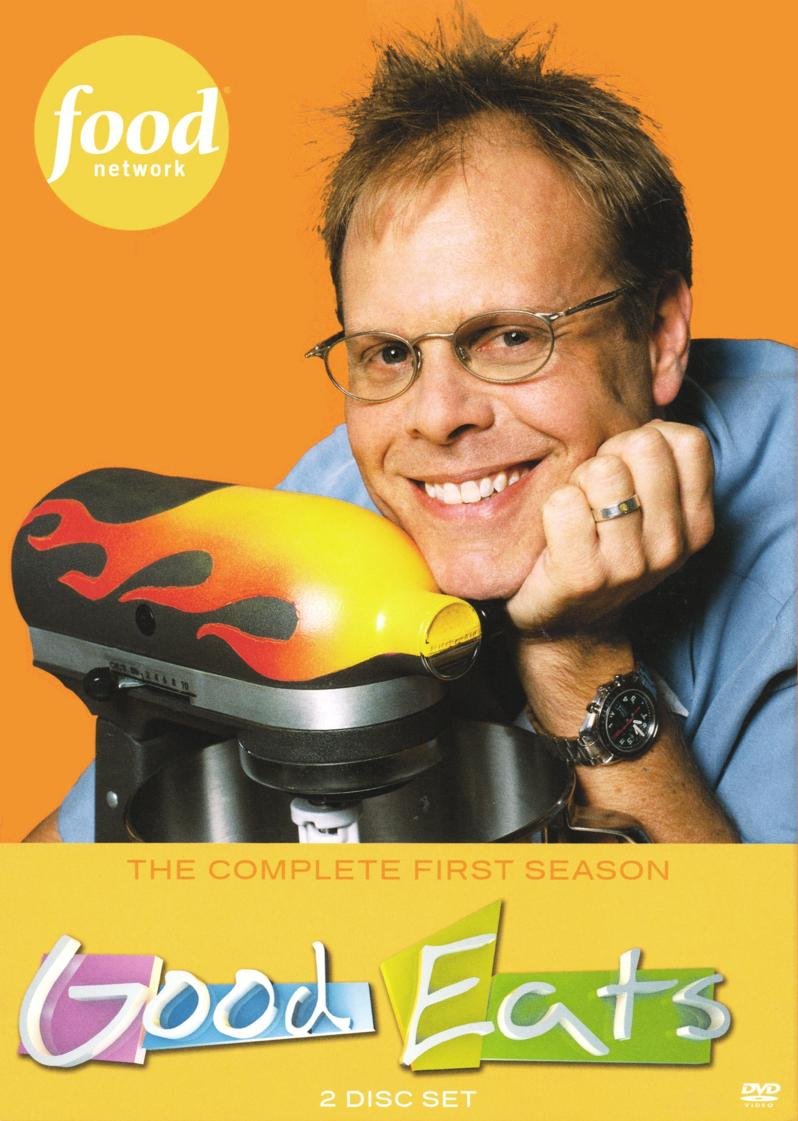 Well, we have HOTHEAD, BRUCE LEE, LIME JUICE, GOOD EATS, WHO’S THERE? as well as EREBUS and FETISH. What’s not to love?!

Oh, about the only thing I didn’t love was the 23d/35a RIIS/RITES crossing. 35a‘s clue is [Initiate’s activity] which sounds singular to me, and there was no way to infer the name RIIS from [“How the Other Half Lives” photojournalist]. But other than that hiccup, the rest of the puzzle abounds in goodness.

Number of days without SST in the grid: 1 (after three straight days with it). The clue for 15a had me worried though: [Starkrimson or Concorde]. If that was an “and” instead of an “or” I would have plopped in SSTS just out of habit. Instead, the answer is PEAR. 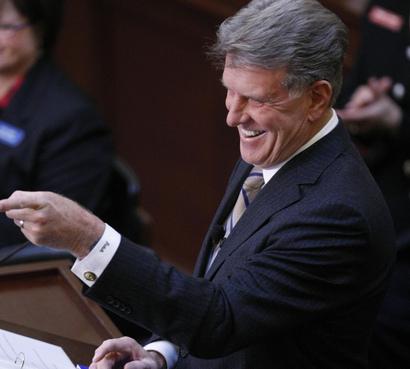 All in all, a fabulous puzzle today—fantastic theme, wonderfully executed with lovely fill and crunchy clues. Quite possibly the best WSJ puzzle since they started the dailies. This one arrived bright and early, before I went to work this morning. Peter must be getting ready to head for Stamford. I took a gander at it over breakfast, realized we were coming up on April 1st and the annual appearance of Trip’s Cuckoo Crossword, and decided to wait until later. “Later” turned out to be before dinner, while I was have a little wine and cheese. I think the wine helped. I don’t know about the cheese.

I suspect the ratings on this one will have a bimodal distribution – these are the sorts of puzzles you either love or you hate. I love them. I love the wacky answers that are perfectly logical and the “normal” answers scattered around the grid. I love figuring out which ones are which. I love the “aha” moments, often followed by a groan, when one of the really bizarre answers falls into place. I’m not much good at cryptics or metas. I’m really good at cuckoos. Make of that what you will.

My first foothold was, of course, 6D – “Public radio host” IRA glass. Didn’t help much with the NW so I moved on. The “Almost major-league designation” at 26 D didn’t help either. I finally started to shake something loose in the SE with one of the cuckoo answers. 39A is “”I fully agree with that ‘cuchi-cuchi’!” There’s only one “cuchi-cuchi”  – the immortal CHARO. I dropped her into the end of that answer and that gave me HANOI at 40D and LAVIN at 44 A (“Star of ‘Alice'”.) From there I made steady progress in a counterclockwise direction. The last answer I filled in was 28 A – “Result of a Canadian province selling renaming rights to a video company” – TAITO SCOTIA. If you made a list of things I don’t know, video games would be up near the top. What I didn’t know before I did the crossword is also “the answer I thought was cuckoo that is not” – QUAGGA, the extinct type of zebra referenced at 45A. Don’t believe me? Just look. Happy ACPT Eve Day!  I hope to see some of you in Stamford tomorrow – say hi!  I only bit that one time and the investigation is still pending.

This Thursday’s BEQ puzzle was PDF or JPZ only, so I knew something was up with the grid going into it, but I wasn’t expecting what I found.  I almost wish this puzzle had been mysteriously delayed by a day, because it’s perfect for April Fool’s:

*This is actually 45A in the grid I LOVE meta-jokes, ya’ll, especially meta-jokes about puzzles, so it felt like BEQ made this puzzle just for me.  Of the theme clues, I managed to solve 26A last, so I did a double-take when solving the down clues and finding that both 1D and 62D appeared to both have the answer SOS.  Seriously, though, after a few weeks of ramping up the number of crosswords I was doing on a daily basis, it was nice to get a puzzle like this to kick off my last day of ACPT prep.

Since this wasn’t a typical puzzle, I’ll skip my normal musical add-in for something out of the ordinary.  24A‘s clue for TEK, “Drug that Shatner wrote about”, initially made me think LSD, thanks to this video clip featuring William Shatner talking about hypnotism from my local bad movie night, Trash Night.  Enjoy.

(Boston friends: come to Trash Night!  3rd Tuesday of the month at the Brattle!  See more things like this!)

There were a few nitpicky things in the puzzle (I didn’t love the fill ONE-NO, EXING, SEALE, and EL OSO), but the good way outweighed the only-okay here.

Again, I found this puzzle freaking delightful, and I hope you did too.  4.5/5 stars. OON is one of those crossword answers that shouldn’t be. It is not a lexical chunk of any sort. This puzzle winks at that answer by tacking OON onto the ends of the second of two part phrases, radically changing that part. BALL, CART and BASS were not used – surprisingly. Instead the foursome were LAMP(OON), HARP(OON), WALL(OON), and BUFF(OON). Fun choices, but I particularly liked WALL to WALLOON. LAMPOON feels stilted being used as a noun, though I’m sure there is evidence that it may be used that way…

[Hollywood harlequin?], FILMBUFF(OON). There are some great film buffoons… Good afternoon, everybody! Today’s crossword, brought to us by Mr. Martin Ashwood-Smith, is more fun with puns, as common phrases are altered by removing the letters “GET” from the phrase, resulting in the funky theme entries.

Loved that there was a lot of long fill in the grid today, with probably HERODOTUS being the standout of the lot for me (31D: [Greco-Persian Wars chronicler]). Oh, and keeping with the Greek theme, we also have SOCRATES, which reminds me, for some reason, of Bill & Ted’s Excellent Adventure and their run-in with Socrates in the film (9D: [Teacher of Plato]). Had to laugh at myself for initially putting in “outdated,” only to delete that and figure out that it was OUT OF DATE (13D: [Obsolete]). We have make and female first names dueling it out at an intersection, with ELIOTS (29D: [Ness and Spitzer]) and TERIS crossing each other (35A: [Garr and Hatcher]). Might be time to head out and head to the MEN’S ROOM, but not before the “sports…smarter” moment first (36D: [Public facility]).

“Sports will make you smarter” moment of the day: DALEY (32A: [Chicago ex-mayor Richard])  –For a few months last year, there was another prominent Daley in Chicago. National Hockey League defenseman Trevor DALEY, who spent his first 10 seasons with the Dallas Stars, was traded to the Chicago Blackhawks in July of 2015. Daley, however, only played 29 games for the Blackhawks this season before he was traded this past December to the Pittsburgh Penguins. Maybe it was the last name that got him the ouster!!!