It’s ACPT weekend. Good luck on Saturday and Sunday to everyone who’s competing! Remember: The real point is to hang out with fellow crossword buffs and nerd out big time. The puzzles come second. And! No matter how slow you are, if you show up to every puzzle and turn in a paper with some letters filled in, you won’t end up in last place. (The lowest-ranked contestants usually don’t show up for all the puzzles.) *waving hi to the Brohug Wonder Twins from Chicago*

Surprised to see a relatively easy Saturday puzzle on ACPT weekend. Smooth fill with lots of sparkle, such as GAP-TOOTHED Michael Strahan (did you know he can dance? he had a key role in Magic Mike XXL), ETHAN FROME (who wants to go sledding?), the inaccurate but in-the-language BUSH SR., HIBACHI, PEDANT (nope, don’t know anyone like that), GUITAR SOLO (love the clue, [Metal staple]), quaint GEWGAW, HOGWARTS, “I HEAR YOU,” TAN LINES, POOH-POOH, and “STEP ON IT.”

Five clues I wanted to mention:

Worst fill: How many people filled in EMDEN for 9d. [Port in Lower Saxony] without hesitation (and without crossings)? So here at Stamford, the time for solving this puzzle suffered just a tad. Perhaps because I was in a lobbyful of crossword enthusiasts, who can be loud, as I have long known! Actually, the sound in the lobby is really not too distracting at all, and it is one of the few places in this country where you can go and see a couple of dozen people sitting leisurely solving more puzzles! This is remarkable because the bulk of the weekend is involved in a competition where you are going to solve more puzzles!! It only illustrates the love people have for this relaxing hobby!

This Saturday puzzle is not overly difficult. I did have an error, as you see in the screen image, because I had written ENSURE in at 3D [Promise] instead of the correct answer ASSURE, and I forgot to change the E to an A! So I am not at all dissatisfied with an 11 minute solving time; especially since I was carrying on a conversation while solving! Lots of good stuff in this puzzle: for the lively entries, we will rate it a solid 4.4! Here is some of what I liked:

Well, by Tuesday’s LAT I can tell you how bad I bombed at the tournament! Enjoy your weekend!

An easy time with this week’s Stumper puzzle: NO CHECK!

Toughie this week! Again, I solved some of this while trying to socialize here at the Stamford tournament, so when I finally sat alone in the ballroom, answers started to fall. Yes, I made some errors, but Google was not consulted! Had a nice discussion with Stan this morning about what should and shouldn’t appear in puzzles, and I will probably have a nice discussion with him about this particular puzzle now that I have finished it. One comment Stan did make was after you figure out the answers, they should all make perfect sense, even though the initial clues usually leave you scratching your head! But I think a lot of solvers WANT the challenge, and when the puzzle is finally done, it is an incomparable feeling.

Having said all of that, this is actually a pretty good puzzle. What I will mention below are the aspects I found most dastardly, but in the end all is fair and, as usual, there is nothing overly obscure to be found. 4.5 stars!

Here are those toughies:

There are plenty more, but you get the idea! As of right now, the Stamford puzzles start in about 30 minutes! Have a great weekend all!

Jim here sitting in for pannonica. To those of you starting your day in Stamford, good luck! May your pencils be sharp, your fingers nimble, and your arm-raising motion practiced!

So it sure was a luxury solving this WSJ as a .puz! What a treat not to have to deal with the annoying WSJ Java applet. Sure wish this was a daily occurrence (hint, hint)!

Amy Johnson brings us the super-sized Saturday puzzle. She’s taken legal phrases and re-purposed them to wacky effect. The title had me thinking we were going to play with the letters ALL, possibly having them turn upward in the grid, but that’s not the case. Instead, it just puts us in a courtroom setting. I for one like wacky puzzles. I love it when the constructor causes us to look at something familiar in a new and different way. And isn’t that the purpose of art after all?

The puzzle started out poorly for me as I put in NAVE at 1a where APSE should have gone [Altar setting]. The nave is where the people sit. Silly me! It wasn’t until I was nearing the end that I corrected that problem. But from there things progressed smoothly.

An OBOE D’AMORE, aka an “oboe of love” with a rather bulbous end. {Insert BuzzFeedy joke here.}

But it was 74d that gave me the most trouble, on the western front as it were. I’d never heard of an OBOE D’AMORE. The crossing with ADAIRS was tough enough having never heard of Red or Cherry (I’d considered EDAIRS, too). The crossing with 123a [Kathryn of “Law & Order: Criminal Intent”] was harder still. I considered ELBE, EBBE, and ENBE, before getting to ERBE. An OBOE DAMONE sounded like it could be a thing. An OBOE named after entertainer Vic DAMONE? Sure, why not. So it was just a matter of finding the right permutation at those two crossers. Maybe a bit unfair, and I would surely have finished with an error or two, but my Crossword app didn’t give me the figurative happy pencil…until I got it right. 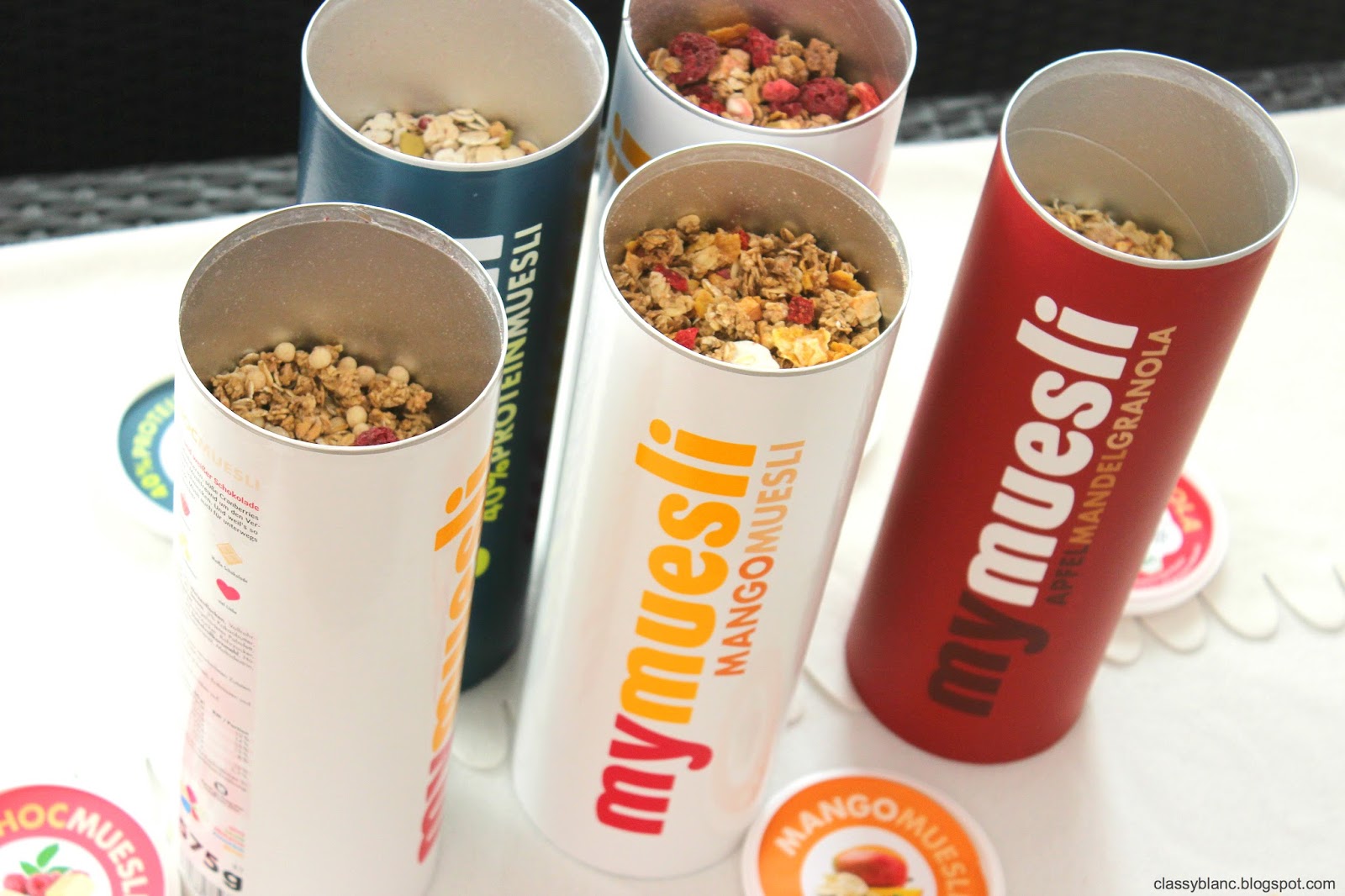 Oh, I didn’t mention the only other long bit of non-theme fill: MAINSTREAM at 17d with the nifty clue [Alternative alternative]. Nice.

Overall, a good puzzle with entertaining re-imaginings. Let’s close it out with Billie Holiday’s “You Go TO MY Head”. CrosSynergy/Washington Post crossword solution, 04.02.16: “A Brief World from Our Sponsor”

Good morning, everyone! Here’s hoping that, if you’re reading this and are in Stamford, that you got to Connecticut safe and sound and that you’re having a great time so far. Today’s crossword, brought to us by Mr. Randolph Ross, is one where you can’t get the remote control and zap the advertisements. Each of the theme entries is a pun created by adding the letters “AD” at the front of common phrases.

For some reason, the area that was hardest for me to complete was the Northwest, where BASH (1D: [Big blowout]) and BLAB were not coming to me at all, and didn’t come for a long while (1D: [Spill the beans]). Also never seeing/hearing BEFOGS didn’t do me any favors also (6D: [Muddles]). That area definitely wasn’t the HIGHLIGHT of my solving, but it got done (4D: [Best part]). Outside of that, actually had fun with the grid, and especially liked MUSCLE CAR, something that my 2001 Ford Taurus definitely isn’t (32D: [Souped-up auto]). It’s a good thing LEIGH (30A: [O’Hara portrayer]) was a gimme, because, for one of its crossings going down, I was definitely thinking of “Aqua Velva” and “Aqua Fresh” before VITAE (25D: [Aqua _____]). Again, definitely a choppy solving experience for me, but not because the grid was choppy.

“Sports will make you smarter” moment of the day: T. BOONE (5D: [Billionaire Pickens]) – With some of those billions, oil magnate T. BOONE Pickens has made very handsome donations to Oklahoma State University, his alma mater. If you end up heading to Stillwater, Okla. and attending a college football game there, you’ll do it inside of Boone Pickens Stadium, the stadium that was renovated and then rededicated in his honor in 2009.

Mr. Dave Sullivan, the erstwhile blogger of the CrosSynergy/Washington Post puzzles, will be pinch-hitting for me and will blog the Sunday Challenge tomorrow. Exciting!!