Today’s theme is quotations with “be” and “do”:

The theme is cute, but these quotations have definitely been grouped together before, from scribblings on bathroom stalls to Kurt Vonnegut’s Deadeye Dick. The main thing that bothers me is that I’m used to seeing the Sinatra lyrics as “Do be do be do,” so DOOBY DOOBY DOO really threw me off. A Google search for “Do be do be do Sinatra” generates about 20 million hits, compared to “Doo by doo by doo Sinatra” with about 500,000 and “Dooby dooby doo Sinatra” with only 22,600. (Not that this is a scientific way to determine the relative frequency of things, but that’s a pretty big difference in results returned.)

Other things that could have shown up in the theme: Scooby Dooby Doo, Yabba Dabba Doo, and Yoda’s “Do or do not. There is no try,” if you wanted to put it in a Sunday-sized puzzle.

This puzzle is open enough to grace us with some nice longer fill, such as DEAR SANTA, CALL SIGNS, AMARETTO, CIABATTA, and ISOTOPES. There really is not much in the way of ick…ENTR is not great, and I do not love SOT, even clued as [W.C. Fields persona], given the actor’s real-life struggles with alcoholism. Overall, the fill is lovely, which helps offset the familiarity of the theme material, and also seems on the easy side for a Wednesday, which led to a very quick solve for me.

That’s it for me. Have a wonderful Wednesday! We just saw CC a few days ago, and now she’s back, this time with sometimes-partner Ron Toth. Let’s see what they have for us.

So, words starting with CON have their second halves duplicated and then homophoned (that’s a verb, right?). That’s a perfectly fine theme, but the first entry doesn’t work for me for two reasons. First, it has no surface sense where the others do. You can concede a seed, conceal a seal, and console a soul, but how do you consign a sine? That themer, right at the beginning, left me a little grumbly in my tumbly.

Secondly, it duplicates the surrendering action of the second themer. Seeing “Hands over” and then “Gives up” in the first two themers made me think that’s what the theme was about. The third one, “Hides”, almost felt related, but it wasn’t. So needless to say, this was distracting. Better to just get rid of that first one and find something new. Possible 13-letter alternative: CONDUCTS DUCKS? (Well, maybe not.)

Also, I don’t know the significance of the CON prefix. I’m guessing the constructors chose to limit their entries to it in order to keep things consistent. But does that mean there is a PRO version of this puzzle coming down the pike? PRODUCES DEUCES, PROMOTES MOATS, PROTECTS TEX (or TEXTS)?

I do like the title. It had its own “Aha!” moment.

Having all 13-letter themers means they get pushed together vertically toward the center of the grid. There’s the usual muck (OSH, DAL, ILE, ETAS, ERSE, ELS), but on the whole I didn’t feel these too badly in light of all the great long fill. 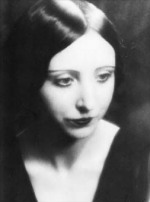 There’s a delicate, feminine feel with fully-named ANAÏS NIN, PETITE, TRINKET, TRESSES, and LASSES. But then there’s “SIR, NO SIR!” and *cough* ANACONDA *cough*. We also get SKELETON, CANAPE, and SCALENE (to go with the first themer and satisfy the math nerds).

Solid puzzle, but I’m wishing an alternative to the first theme entry could have been found.

Brendan Emmett Quigley’s AVCX crossword, “Getting the Band Back Together” — Ben’s Review Getting the Band Back Together

You’re going to want to look at the enlarged version of the screenshot for today’s AVCX puzzle – there’s a lot going on in some of the squares that’s tricky to fit in the small spaces.  BEQ has today’s puzzle, and it certainly earned its 4.5/5 difficulty.  That said, it’s really lovely once you figure out the trick:

Each pair of entries features a musical group of the form X and Y whose name parts form a rebus square – Jan and Dean, Guns and Roses, Iron and Wine, Matt and Kim, & Love and Rockets. Depending on how you feel about band names of various levels of notoriety appearing in your morning puzzle, you’re either going to like this one or hate it.

I loved this one, but your mileage may vary. Cute theme idea, though maybe quite limiting in terms of theme options; not sure of the latter. Both parts of five two-part theme answers begin with an ‘f’ sound. One is spelt ‘ph’ and the other ‘f’. The order is F/PH twice and PH/F thrice. Curiously, the letter f’s Greek ancestor, digamma, was pronounced ‘w’.

The grid is largely limited to containment, due to the five part theme. There is little that is flagrantly bad. Hello there, everyone! Ladies Week continues on CrossSynergy, as Ms. Lynn Lempel steps up to the plate for today’s crossword after Donna (Levin) and Gail’s (Grabowski) crosswords on Monday and Tuesday. In today’s grid, “EX” marks the spot, as those letters are added to common phrases/proper nouns to create some cool puns.

Very cool grid, though, for some reason, I got off to a real slow start in the Northwest when my mind couldn’t come up with SHAFT quickly (1A: [Arrow or spear part]). The down answers up there I wasn’t 100 percent sure of, so I hopped around the grid to get some traction. If the clue to TOAD HALL referred to the bar that’s in the SoHo section of Manhattan, that would have been a slam dunk (5D: [“The Wind in the Willows” grand residence]). Not only was there a reference to a sext, with police sexting, TEXT also made its way in the grid today (13D: [Phone message, often]). Of course, props to this grid for the African geography with the inclusion of GHANA (17A: [West African nation on the Gulf of Guinea]). Alright, time to head out and get some dinner before one LOSES IT and gets hangry (37A: [Snaps]).

“Sports will make you smarter” moment of the day: TEBOW (23A: [2007 Heisman winner who took a knee to pray or play]) – When Tim TEBOW won the Heisman Trophy in 2007, he became the first sophomore in NCAA history to win the prestigious award, given to college football’s best player. As a junior, he finished third in the Heisman voting (Sam Bradford of Oklahoma won the award in 2008) and, as a senior, finished fifth in the voting (Mark Ingram of Alabama won in 2009). You can catch Tebow now as a football analyst on the SEC Network, an ESPN-created channel that almost no one in New York City gets.