If you’re reading this blog post while you are “driving around,” please pull over! But if not, let’s go for a spin in search of a make and model of automobile.

There’s one obvious theme entries and a few others that could be masquerading as such:

Four other entries were long enough to be considered as possibly meta-related:

Two other long downs, ADMISSIONS and TURTLENECK seemed less promising. Most inveterate crossword solvers, when seeing a reference to “blocks” in an entry, think of those little black squares that are found in grids. I wondered if I should circle them somehow? But the entry is in the singular and there are many blocks in this particular grid (34, to be exact). And was there something in common between Lesley and Jessica that would help me here?

Looking more carefully at the grid, I noticed there were only two blocks that letters actually surround, or that one could take a metaphorical trip around. The first, in the upper left, is surrounded by the letters (reading clockwise and starting from the upper left): CADILLAC and in the lower right, we have ELDORADO (odd that the following is all one word in the car’s make). So there we have it. All of the other long entries were just red herrings. 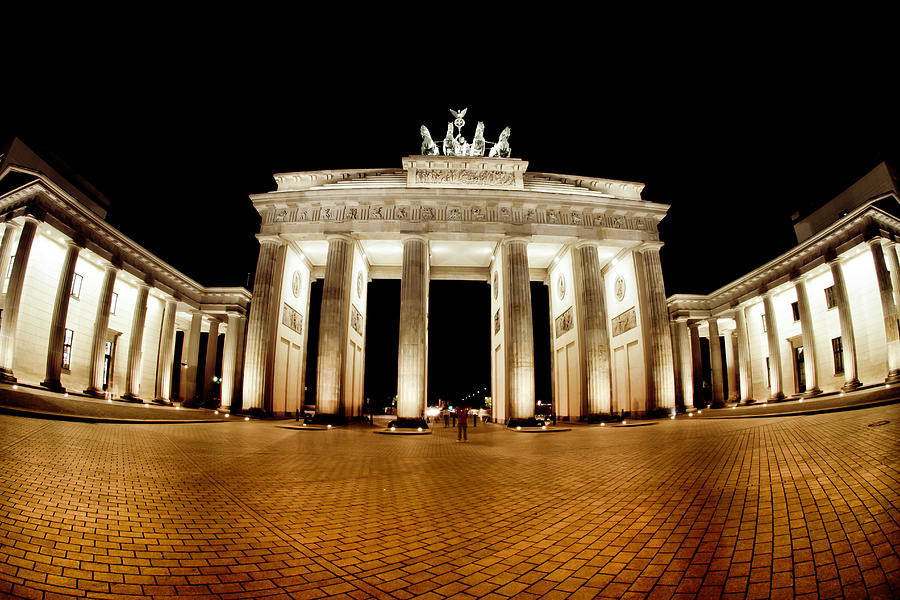 Such a small amount of theme material did allow Marie (or should I say Mike?) to open up the grid with the longer down entries. I’m always hesitant with the HADJ vs. HAJJ entry; I believe I see the former more frequently when driving around the grids I solve. I’d never heard of the ALLIS-Chalmers farm equipment company; surprising for me as we are now officially farmers here in Vermont with extensive vegetable gardens, a beehive, 13 chickens and goats on the way. I was wonder if this might follow Deutschland, Deutschland, uber, but that’s ALLES. Speaking of Germany, did you know that the Brandenburg Gate’s columns were DORIC?