Today’s Fireball is very tricky. Very, very tricky. I didn’t think the payoff was worth the struggle; read on, and you be the judge. I finished the rest of the puzzle and stared at it, then consulted with Amy, who noticed that DIRT crossed MUD and EAGLE crossed GRIFFIN. So…huh? Finally, I looked at the answers Peter sent with the puzzle. Amy was on the right track. A GRIFFIN is an EAGLE crossed with a LION, and the substitution gives us LIONHEARTED. MOCHA is COFFEE crossed with CHOCOLATE…WHITE CHOCOLATE. MUD is DIRT crossed with WATER…TEST THE WATER. MINOTAUR is MAN crossed with BULL…BULL MARKET. So “Cross References” refers not only to the words crossing the theme answers, but to the “cross” that creates part of each theme. Paul gives us two mythological creatures, one flavor sensation, and one messy backyard. It’s a construction tour-de-force of the sort that leaves me saying “oh” instead of “oooh.” I realize that’s a matter of personal taste. I was confused by TENDEREST, which is one letter shorter than two of the theme answers and has a ? at the end of the clue. That seemed to unnecessarily muddy the waters. So to speak. 1a. Not keen on singular “foe of the Ottomans” for plural SLAVS. 38a ROUGE, a [Compact material]? Maybe for 80-year-olds, or for garish stage makeup? It’s blush these days. Chicken tikka MASALA, yes please. ODIST, meh. SPIKE LEE, great fill. Maybe a lot of names in this grid? I count about 16 proper nouns, which makes people whinge about “trivia.” I’ll grant you, LASSE and PAAVO go way beyond OSLO in friendly Scandinavian crossword fill.

21d Brian ENO was featured in Entertainment Weekly! He recorded an album from some sort of museum soundscape installation he had prepared. I’ll pass.

CC is back with us and she’s teamed up with Peg Slay who makes her WSJ debut. Congrats!

The revealer at 25d is apt for a constructing partnership: [Joins forces, or the hidden four-letter words in four Down answers]. The answer of course is TEAMS UP. My first thought was we’d be seeing the letter string SMAET going down in each of the theme answers. But it’s more fun than that. Each themed clue indicates a city, so we’re looking for the baseball team from that city going up in each theme answer.

Why baseball? Not sure. By the time I’d gotten the theme I had forgotten the title, so I was also looking for football team names. But it’s much better to have a consistent set, and this one is. Not only are they all from MLB, but these are the only 4-letter team names in the league, so that makes the set complete.

The title doesn’t have much to do with the theme, however, except to put it in a baseball context. I wish something could’ve been found that hinted more strongly at the theme, but I guess you can’t use “Batters Up!” because it dupes “Up”. How about “Hey Batta Batta!”?

Beyond the theme, we’re treated to some nice fill: I’M TOAST, SAD BUT TRUE, and BUSY SIGNAL are the highlights. BUSY SIGNAL gets the clue [Something rarely heard nowadays]. When was the last time you heard one?

AUDIBLE is good, too, and gets a football clue [Quarterback’s change]. I would’ve also accepted, [Website for book listeners]. Oh, and there’s a MISS YOU and RIVULET. Nice.

Less than good: WKS at 27a and the crossing of ECCL and ELLE with toughish clues [“There is no new thing under the sun” source: Abbr.] and [French pronoun]. 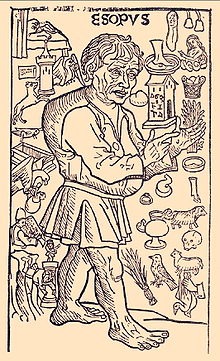 A nice Thursday challenge—tougher than yesterday, but not too tough. It’s time for a Themeless Thursday on BEQ’s site!  No theme to explain today, so let’s go crazy and dive straight in to the clues/fill I liked in this puzzle:

I liked the fill on this one, but YMMV.  Happy Memorial Day weekend!

Apologies to Gareth and the loyal followers of his posts. We had agreed to do a swap today; he would blog the WSJ and I would solve and blog his LAT puzzle. Well, I plumb forgot (as did he, I think) and I went ahead and did the WSJ. But I’m still on the hook for his LAT, so here we are. Nice puzzle. This one falls squarely in the category of “why didn’t I think of that?”. The theme is revealed at 58a: [Wall Street announcement…or a hint to the circled letters]. The answer is STOCK SPLIT, and in the circled letters you’ll find various animals which can be referred to collectively as STOCK. And, obviously, they are SPLIT with respect to their respective phrases.

To be honest, I always think cows when someone is referring to STOCK, so I was a bit thrown by the other animals. But it makes sense when you realize STOCK is just short for livestock.

Wait. We have stars and circles?! Talk about overkill. This is a Thursday. Now, I haven’t done an LA Times puzzle in a while, but shouldn’t Thursdays be tougher than giving the solver both stars and circles? And the stars weren’t even referred to in the revealer. I think this puzzle would’ve been quite fine without either.

With a 9-letter central themer, that means the corners will either have a bunch of 3-letter words or else longer 6+-letter words. For the most part, Gareth gives us the long, good stuff. Three of the corners are very nice; I like GEISHA, UPSHOTS, and MENORAH in the NW, RIVETER (as in Rosie The) and Bob Marley’s ONE LOVE in the SW, and AIRTIME and FROST UP in the NE. There’s also AFRICA (Gareth’s home continent), BITTER, ENRICO Fermi, ABILENE, and AT A LOSS. All really good stuff.

I got pasted in the SE though. 44d is [Put on a pedestal]. Of course I wanted DEIFY right away, but sometimes it takes me ages to realize that the past tense of “put” is “put”. Next door, [Raise up] was not saying ENNOBLE to me. But the real killer was the crossing of 60a and 60d ([Poke fun at] and [Mail hub: Abbr.]). Granted, I should know that to poke fun at someone is to GIBE (as opposed to jibe, which is what I was thinking). But GPO? That’s a new one to me.

But other than that stumbling block, this was a pretty quick solve. I expected a Thursday to put up more of a fight. Overall, a fine theme with good entries (frankly, I was won over at CANNERY ROW), but lots of good fill besides. But Gareth, next time you have a Wall Street-themed puzzle, why not send it to Mike Shenk? Whoa! I’m back! Didn’t know I was going to end up missing three days here while preparing for a big couple of weeks covering an international soccer competition that’s about to start in the United States, but that’s what happened. My apologies, everyone. OK, back to crossword puzzle discussions.

Today’s crossword puzzle, brought to us by Mr. Randall J. Hartman, has five theme entries, with all of them being multiple word entries in which the letters “DOT” bridge the two words.

No problems getting back on the horse doing this grid, though I wasn’t thinking of a plural greeting when seeing the clue for TATAS (1A: [Cheerios]). Guess I should noticed the lack of quotation marks for that one. I’ve heard a number of idioms that describe someone as DENSE, but the clue for it today was something I hadn’t heard before (63A: [One burrito shy of a combo plate]). Was embarrassed that I thought of Jimmy Kimmel instead of Jimmy Fallon when reading the clue for JAY, despite having no problem getting the answer (58D: [Host between Johnny and Jimmy]). Man, there have been a whole lot of talk show hosts whose first names started with the letter J: Jimmys Fallon and Kimmel, Johnny Carson, Jay Leno, James Corden. Guess I would have some success with becoming a talk show host if I changed my name to Jadesina. Oooh, if you take my nickname and put a J in front of it, that makes Jade. Talk show host stardom, here I come!!

“Sports will make you smarter” moment of the day: OTIS (20A: [Football player Sistrunk who was said to have graduated from the “University of Mars”]) – Now this is a clue for Otis that I can really dig!! It is true that former Oakland Raiders defensive lineman and Super Bowl (XI) champion OTIS Sistrunk is one of the few players in NFL history to play in the league without attending college. Sistrunk went straight from high school in Columbus, GA to the United States Marines, and, after his service, played semi-pro football until being noticed by Raiders owner Al Davis. During a Monday Night Football game, a graphic appeared on the screen while the camera was on Sistrunk that stated that he was from “U.S. Mars.,” which was supposed to denote U.S. Marines. Former football player and, at the time, Monday Night Football commentator Alex Karras uttered the now famous comment that the bald-headed Sistrunk was from the “University of Mars.” Legend born.