The theme is LESS, but it’s not really feeling like a Miesian “less is more.” Words that end in LESS are redefined with specific contexts that don’t usually apply to the words: Street art at Sheridan and Irving Park Roads in Chicago

The fill was feeling a bit old here, which makes me wonder if the puzzle’s been in the files for a while. A-LINE, ECLAT, EPS, SEGA, RIAL, HIC, PAREE, E-MAG … well, they’re a little FUSTY (which is a great word, by the way). There’s also a MY dupe with MY STARS and OH MY, along with GUESS AT and AT LUNCH.

Top fill: POOL CUE, IN HELL, I always like PASCAL, and I am STILL UP.

Not to be confused with the ESPYS, “The Espys” gives us a very basic theme: four two-word phrases, each alliterative word of which begins with the letters “S-P.” The ones we meet today make for a perfectly respectable, if not particularly exciting, theme set. Ah, “Summertime—and the solvin’ is easy…”

“I LIKE IT!” That’d be one of my “likes” today. Also the similarly colloquial “IT FIGURES.” FIREPLACE is also strong (if decidedly out of season for those of us in some parts of the Northern Hemisphere…). I also liked the spate of words with a prominent “P” sound: PEAS [Pod dwellers], POEMS, PRANK, ALPACAS, PESTER and PEARLS—with its wonderful-but-maybe-shoulda-been-question-marked clue [Stranded treasures]. IN A HOLE for [Saddled with debts] was iffy for me as I’m far more familiar with the phrase IN THE HOLE. So is Google Ngram, for almost a century. And I sure wasn’t in love with seeing AS FIT, a non-welcoming partial (with [Comparatively healthy], a not-so-helpful clue), right there at 1-Across.

Now I’m by no means actively IRATE about this, so don’t say, “There goes Jane on one of her RANTS,” but I do feel compelled to address a duplication issue that rears its head a lot in this puzzle. Yes, sometimes we see a word in a clue that duplicates a word in the grid. It happens. Moreover, you’ll be hard-pressed to find editors who consider this a capital offense. That said… This kind of duplication feels very conspicuous today. I’d even go so far as to say that it occurs to distraction. And that I don’t like. Lookin’ at you:

In a more benevolent light—and with a focus on clues—am also lookin’ at the [Woolly critters] two-fer, first for those SHEEP and then for the ALPACAS, and really liked as well the lively, alliterative [Brew in a bag] for TEA. A thoughtful quote is always welcome, which is why it was refreshing to see Hermann HESSE clued as the [German author who said, “The truth is lived, not taught”]. (Tony-winning composer/lyricist Maury Yeston similarly posits that musical-theatre writing “can be learned but it can’t be taught”—and I think there’s some truth in that. Probably for many kinds of writing. Ya gotta do it, “live” it. Though it never hurts to have some good mentorship along the way.) Finally, took some delight in the rhymed [Feet for Keats] IAMBS pairing and smiled to think of the possibility for a [Feats for Keats] POEMS

match-up. But [Angelou’s works] got the honor instead.

Btw, that TEK [Drug in Shatner novels] pair sent me to Wikipedia quickly enough. William Shatner is a novelist? How does he find the time? Yes, gentle readers, this is yet one more example of why ghost-writers exist. Or make that nine more examples.

And with that, “ADIOS,” y’all. Have a great week, keep solving–and see ya next time! The theme was fairly obvious based on the title once I got one of the theme answers, but then when I realized the actual matched set, I was pleasantly surprised! Or maybe I am just a little slow … ! Here are the theme entries:

Get it? Rock-scissors-paper is the “battle” that is going on. In re-examining the clues, Matt is telling us that these “entrees” beat each other, so I suppose I could have noticed the RSP angle earlier! I shouldn’t try to solve so fast! Nice tight theme; 4.3 stars today.

Some entries of note:

Another awesome puzzle by Matt. Have a great week! We have starred clues! What do they all have in common? The entry at 53 Across gives a hint as to what is going on. Here are the starred clues as well as the revealer:

So we do have inner “circles” in that the middle term of each is certainly circular; we have a RING, the word ROUND, and a WHEEL. Very well done. It may have been slightly cleaner if RINGTONE wasn’t one word, for then you could say the middle word was the circular item. But this isn’t confusing, and we will not nitpick. Perhaps some of you may feel differently. We will rate it at 3.6 stars for a slightly challenging Tuesday puzzle.

A few items of interest:

That’s all for today. Enjoy your week!

The Sons of Crosswords have teamed up to give us a classic rock-inspired puzzle. Specifically, particular words in well-known phrases are converted to famous band names by the addition of the word THE. I liked the first one, but the rest are rather staid. You’re really hoping for wacky humor when you’re making creative theme entries, but none of these tickled my funny bone—neither the base phrases nor the theme entries. THE POLICE TAPE seems especially wanting since it’s lacking a verb where the others are all active.

Favorite long Downs are HOMEOPATHY and LIFTOFF. We also get NAMED AFTER, ABDOMEN (fave clue: [Navel setting]), CONFINE, and TANNERY. This set seems to match the theme: workmanlike and solid, but nothing to get too excited about.

Less favorite: a lot of A-words. Weird-looking ASSORT; AMT near ATM; word ladder-ish set AS TO, ASTI, and ANTI; and similarly ACME with the overly quaint AH ME. Again, nothing to get too worked up over, but an unusual collection. 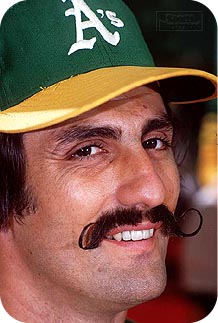 That’s it from me today. See you tomorrow!