I’m feeling resigned to blogging this Tuesday puzzle even though I’m tired. The theme is phrases of resignation:

Random notes: I like a good HYBRID car. Weird, somehow, to see the past-tense BORE FRUIT in the grid, though there’s nothing wrong with the phrase itself. Don’t like LATISH, but I like E-LATE, which applies to my write-up when a puzzle’s been out for hours and hours without being blogged here (this is not an invitation for readers to complain when the write-up they want has not been posted yet). Not keen on EX-STAR, because who uses that term? But at least it’s better than the EX-GOV that was in another recent puzzle (EX-GOVs don’t belong in crosswords, only in federal prisons). DEERSKINS are [Hides in the forest?], eh? Let’s keep the skin on the deer, shall we? I like 71a. [Envious critic, in modern lingo], HATER. People who give 1-star ratings to crosswords they couldn’t finish are HATERs, for sure.

The EBRO is a rather tough river for newer solvers who have not yet learnt their 4-Letter Rivers of Europe That Are Seen in Many Crosswords. The lesser-known hockey league AHL (58a. [Developmental rink org.]) is also pretty difficult fill, especially for a Tuesday.

Jeff Chen and Jim Horne’s dazzlingly powerful)site XWord Info has a wonderful feature that will analyze (almost) any given puzzle. Putting Liz’s own through the app, I learned that, at 74 words and 36 blocks, today’s beauty is typical of a Thursday NYT. It’s been clued more easily, but the result for the solver is all good. Not only do we get a lot of meaty theme fill, but, oh boy, do we get some juicy non-theme fill. Long fill. Colorful fill. And vive la différence!

The title tips us off to the fact that the all-caps word “new” will factor in to the themers, all five of which happen to be people (“kids”) who are exemplars in their various fields. Not that they were all well-known to me, but by virtue of the crosses, all were eminently gettable. And I got to learn a thing or two. Oh, but I’ve failed to mention the common bond. The letters N and E are the last two letters of their first names; the letter W, the first of their last. “Kids” they ain’t so much; but their names are in the “block”s of the grid—so (working off of the name of the boy band…) the punny title works more than well-enuf for me. And is a great set up for an even better theme set.

While it may be a little confusing to encounter non-theme fill sitting directly above or below theme fill when they’re both the same length, I gotta give today’s examples a pass. Not only is it very clear which is which, but today this means two more 10-letter entries right off the bat. In addition to the two that run vertically. Sweet!! “Sweet” with two exclamation points because this fill excels not only in quantity but also (with a minor exception) in quality. CLOSING OFF isn’t so thrilling, but CASSEROLES, and especially “AHA” MOMENTS and EXOTIC BIRD, are.

Of the eights and sevens, a tip o’ the hat to ATHLETIC [Like an Olympian] and [Beethoven’s “LEONORE Overture No. 3″]. IMPORTER is “perfectly fine,” but while it’s legit, LASSOER feels strained in this day and age.

Then we get those triple six-colums that open up the corners of the NW and SE and yield the evocative likes of THE LAW (kind of a partial feel, but I love it in response to [Some felons think they’re above it]), PANINI, ON SALE and PANDER (along with its clue, [Kowtow]). Sixes LUPINO [Ida of “High Sierra”] and NECTAR, temptingly clued as [Rich fruit drink], run horizontally in the grid as well. If you know Ms. LUPINO’s name only in connection with this clue and/or crossword puzzles, do take the time to learn a little more about this iconoclastic Hollywood star—both in front of and behind the camera. (KVASS [Fermented Russian drink], btw, might also be considered a NECTAR by some… Here’s an article with a link to a recipe for making your own. “Nasdrovia!”)

Nits? TWICE was enuf, but this is the third week in a row we’ve seen ISR. in the puzz… And I’m not convinced that [Most thoughtful]—sans question mark—is the best match for SAGEST. “Thoughtful” ≠ “full of thought(s).” Additionally, “sagacity” has to do with wisdom and wisdom doesn’t always equate with being full of thoughts either.

But really. These nits pale in comparison to the enjoyment I took from the puzzle as a whole. [To END ON a high note …] or two, hooray for the expressive DRUB [Defeat soundly] pair and the pitch-perfect [Lemon aid?] TOW pun pair. Count on Liz to leaven her clues with twisty humor.

And count on me to say, “That’s a wrap” and to encourage you to keep solving! Thanks for stopping by and have a great week, all.

“Someone’s knockin’ at the door. Do me a favor, open the door and let ’em in.” Oh, it’s Gary Cee, and look what he brought. At first I thought this was a perfectly fine early-week theme, but then a closer look revealed the inconsistency.

The revealing clue says there are sounds at the end of the theme answers, but this is true of only two of them. A BUZZER is not a sound. A BUZZER makes a sound (that sound being a buzz). Same with a BELL, which makes a ting-a-ling or ding-dong sound depending on the BELL.

The other two are okay. A TAP is certainly a sound, and KNOCKS are sounds (but that plural form really irks when none of the others is plural).

A simple adjustment to the clue might do the trick: just eliminate three words to get [Response to the ends of the starred answers]. However, I think I would still prefer to see the themers re-done to become one consistent set.

Beyond that, we get SERGEANTS and CELL TOWER and, notably, GAYDAR. I’m not sure if this is a debut in the WSJ, but I don’t recall coming across it before. It was certainly unexpected and I wonder if any of the readership will object to it. It definitely was tough to see with the opaque clue [Orientation intuition] and with the Y being supplied by the un-Tuesday-like [Texas singer Joe] ELY. 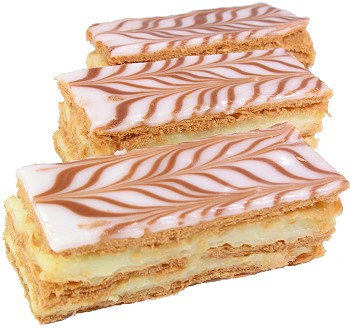 A fine idea for a puzzle, but I feel the theme needs more consistency. The rest of the fill is quite good with little to no gunk and some good cluing going on. A timely theme for me! I have to start watching what I eat like a hawk since I am not burning thousands of calories jumping in and out of a UPS truck! Having a healthy yogurt even as I write this! I may have to even purchase some 58-Across!

Oh that’s right: 58-Across isn’t available anymore! I think it got replaced by Sierra Mist. And they still cannot compete with Sprite! A great puzzle! A solid 4.4 stars for having a sense of humor!

Puzzle release a bit late, but I am retired, so it is all good!! Have a great week! I have mentioned it before, but I like puzzles where the theme is not even remotely clear until you get to the end. This is definitely one of those puzzles! The thematic entries are:

And of course, the LAT trademark revealer at the end:

So we have phrases that can all end with pass: free pass, press pass, hall pass, and screen pass. Nicely done, and again, not at all evident at the beginning! Makes for an enjoyable solve, especially since it isn’t that difficult. Which it better not be on a Tuesday! 4 stars.

Hope you had a nice holiday weekend. Back to the grind! Good day, everybody! There are definitely gray skies in New York today, and today’s crossword puzzle, brought to us by Ms. Patti Varol, was fitting, at least when seeing the title and looking up at the skies! In the grid, there are four different definitions for the word “slate,” all fun and lively.

So there’s a chance that I just recruited one person to come to the ACPT next March, as my new friend Cindy, who I met a few days ago at the US Open, is seriously considering it after meeting up and talking once again today here in Flushing Meadows. The more the merrier, right?! As for the puzzle, lots of fun with solving this, though, for some reason, I was stuck with getting ALFA (7D: [A, in communications]). Probably only ever run into GLOM ONTO in crossword puzzles, unless you’ve actually used that terminology recently (8D: [Grab hold of]). If so, that’s totally fine with me, too! A little subtheme for today was men’s grooming, with both CLEAN CUT (38D: [Well-groomed]) and SHAVING KIT making up some of the longer fill (30D: [Gift set for Father’s Day, perhaps]). Is that what I have to look forward to when I’m a father and I get gifts for Father’s Day? If so….cool!

“Sports will make you smarter” moment of the day: DUKE (61A: [Coach K’s team]) and ELTON (65A: [John who sang “Daniel”]) – It’s a double play with today’s “sports…smarter” moment! Current DUKE head coach Mike Krzyzewski – Coach K for short – coached former basketball star ELTON Brand while the latter was at the school between 1997 and 1999. Brand was the national player of the year in college basketball in 1999 and ended up being the first overall pick of the 1999 NBA Draft by the Chicago Bulls.

See you at the top of the hump for Wednesday’s puzzle!