Consistency: all are one-syllable, all are part of longer words, all begin their entries.

My take is that these terms, while originally from the animal world, are also been used to describe human males. So that gets around some potential quibbles, such as buck and stag having extensive overlap, or—somewhat less convincingly—the distracting 27d [Stallion-to-be] COLT.

The ever-prolific Zhouqin Burnikel (see NYT above) is here as well. Last Monday, she gave us a puzzle in which the word ASK was hidden in various phrases. She does the same today with the word TEST. There are a couple reasons why I like last week’s outing better. In that one she used all fairly well-known phrases or titles (DAS KAPITAL, JUDAS KISS, ETCH A SKETCH, HULA SKIRT, and VANILLA SKY). Here, there’s no way I would ever get COYOTE STATE or WHITE STAR without most of the crossings. On a Monday, those are pretty tough for theme answers.

Second, last week’s title, “Inquire Within,” gave us the reason why the word ASK should be hidden in the theme answers. It wasn’t much, but it was enough of a reason. Today, we don’t get that reason. There’s no witty turn of phrase to act as inspiration for the theme. Merle Reagle once said in an email, “Themes that, for example, just change A’s to E’s for no reason, or drop ‘OL’ from common expressions, just leave me thinking ‘why?’ and usually irritated.” In other words, there ought to be a reason for the theme, a reason why we have a hidden TEST. “Class Act” makes for a good clue for TEST, but it doesn’t imply anything about a TEST being hidden or secret or within something else.

Without a reason, what’s to stop me from just hiding four random letters, like ORMU, say? (ELEVATOR MUSIC, ACTOR MUSICIAN, etc. in case you were wondering.)

Even a title like “Pop Quiz” might work. Sure, you could argue quiz vs. test, but I think it’s close enough. And the “Pop” means it’s a surprise, just like finding a TEST in various phrases is surprising.

Bottom line is that it’s fine, it works, and if an editor will publish it, all the better. But it’s just less elegant than having a raison d’être (or as I call it, a raison d’pûzzle). 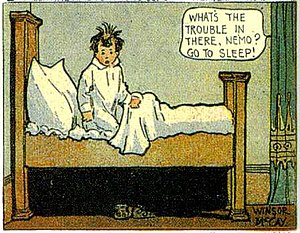 Anyhoo, all that aside, the grid is skillfully built as you’d expect from Zhouqin. There’s little to no crutch fill (the worst, I think, is EMP), but plenty of fun and interesting things. My favorite is IRONCLAD. I don’t know much about ISAAC STERN (violinist) and less about LITTLE NEMO (old comic strip from the 1920s), but they make for good fill. Among shorter entries I like SOIREE, MUESLI, PESTER, and CHEAPO.

Okay. That’s all I got. A solid, clean puzzle, but it’s just missing that extra something. So the theme is homophones of \ˈnü\. But you already … knew that.

Regarding 28-across: That should be “East Side”—using a generic descriptor here is just weird—and nobody I’ve ever known from the New York area pronounces ‘avenue’ with a \ˈnü\ sound; it’s always \ˈnyü\. Maybe a hundred years ago or more. “I am de belle dey say ov Avenoo “A” And if yer strollin’ down dat way, Yer pretty sure ter see me on de street — ’Cos I’m somethin’ of a walker, And de fact dat I’m a “Corker,” Is de talk ov ev’ry Copper on de beat. — Billy McNeil he is my steady, and yer’ll allus find him ready, For a scrapin’ match or any sort of fight, — He’s de bouncer down at Clary’s, And he says, of all de fairies, I’m de only one he tinks is out o’ sight!”

Mostly typical fare for a Monday and a decent if unexciting theme, but that 28a really sticks in my craw.

Team Fiend substitution! I’m coming in for Gareth on the Monday BEQ website puzzle. Brendan gets our week off to a good start every Monday with a nice, tough themeless – and for free. Let’s appreciate that and tip our constructor, shall we?

On to today’s offering! This one took me a little longer than usual; not coincidentally, I had a tough time getting a foothold. I finally plunked in COLUMBO for 34d [“Just one more thing” detective], even though I was more of a McMillan and Wife fan, myself. I initially put in BEER TAP for 56a [Draft source] and eventually realized it was actually BEER KEG, which is much better. While I know nothing about Ultimate Fighting, apparently somewhere I heard or read that they compete in an OCTAGON. From the SW and the center, I filled in counterclockwise, except for the SE, which was the last to fall. Very satisfying solve.

What I didn’t know before I did this puzzle: that the Sixers have a star named JOEL Embiid. Was pretty impressed with the four long theme entries today. Got off to a slow start, so definitely can’t say that I had DEAD-EYE accuracy while solving today (25A: [One with unerring aim]). Initially put in “crash” instead of CLASH, and that slowed me up for a good bit (5A: [Cymbal sound]). The Middle East is well represented in this grid, with both IRAQ (19A: [Tigris and Euphrates juncture locale]) and OMAN making the cut (40D: [Arabian Peninsula nation]). Liked the fill of CLAY POTS, though I’m sure I won’t ever have one in my place of residence since I’ve never been too active in growing plants or having decorative pots displayed at any place I’ve lived in (5D: [Earthenware pieces]). Maybe that will change one day.

“Sports will make you smarter” moment of the day: STEALS (4D: [Absconds with]) – One of the main reasons that Tim Raines, who played most of his career with the Montréal Expos, was voted in two weeks ago to be inducted into the Baseball Hall of Fame for 2017 is because of the number of STEALS he racked up in his career. Raines, known as “Rock,” is only one of five players in Major League history to end his career with at least 800 stolen bases (808).