I’m pretty good at typing backwards, so this played like an easyish Thursday puzzle for me. The Across answers are spelled normally, from left to right, at first. After 20a BACK TO FRONT, the Across answers are to be entered into the grid backwards, with the Downs behaving normally. Then you hit 33a FORWARD HO, and the Acrosses go forward again. Until 39a IN REVERSE shows up and you enter Acrosses backwards. And then 50a LEFT TO RIGHT restores the Acrosses to their usual behavior.

The first reversed answer I hit was 24a. [Part of a bomb], ESUF or FUSE. It was so wildly unwordlike, and the crossings so clear, that I put two and two together without much agita.

There’s a fair amount of blah fill, but the pushmi-pullyu back-and-forth solving mostly kept my mind off it. Four stars from me.

Theme answers do double duty as you re-parse and repeat them to make wacky phrases. I’m all for wordplay and wackiness, but it has to make sense. 49a and 56a went a little too far for me. Still, an attempt to try something different is always a good thing, so kudos on that front! And some of it really did work well, so I guess I can safely say my feelings are mixed.

And what of the title? “Breaking Bad”? I guess it refers to breaking up the phrase in an incorrect way. But I couldn’t help but wonder if it meant “BREAKING BREA KING.” (Possibly clued as [Waterboarding Los Angeles royalty?].)

As for the fill, I liked SEWER RAT, ONION ROLL, CUP OF JOE (though it sounds more formal than “cup o’ joe”), FAKED IT, and MADONNA. I also like A-LEVEL [Brit’s secondary school exam], though I suspect most people won’t. WEB CAMERA would be good if anyone ever said it; usually it’s shortened to “webcam.” And I’ve never heard of a LAKE POET [Wordsworth, Coleridge or Southey], but as an English Major and someone who lived in England, I suppose I should have, eh?

Didn’t like EERO nor ERIS crossing ANIM and NTSB. I wonder if many people got stuck in that SE corner. 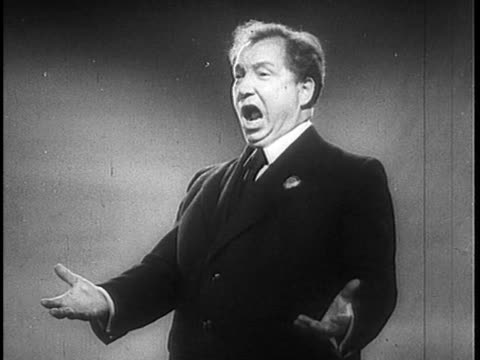 Overall, I like the attempt at inventive wordplay, but some of it missed the mark. I liked the idea behind this puzzle, even if I didn’t fully love the execution.  A few songs of note get a quick makeover to celebrate various Commanders-in-Chief:

I liked this one more once I realized all the song changes weren’t about our president, but I also was trying to make the transformations all one-letter rather than changing a whole word each time.  It’s a quick little theme that may give you a little trouble if you’re not familiar with the songs, but I think only 45A was out of my immediate pop-culture knowledge (and wasn’t too hard to figure out in full once I had a few crossings The revealer is a central SEEYA, interpreted as +YA. The most interesting metamorphosis was PAPA to PAPAYA, in PAPAYAJOHNS. The answers were arranged in a pinwheel, which is unusual for a letter addition theme. KENYABURNS, GOYAGETTER, and IRECKONSOYA round out the set.

The pinwheel is one of the least straining of grid designs, for a number of reasons. This meant for a clean grid with snazzy entries like DATENIGHT, GAMEON and DEJAVU.

I can’t say there were any clues which jumped out at me as particularly clever or fiendish. I did have pACECAR before RACECAR. Good afternoon, people! How’s your day? Today’s crossword, brought to us by Ms. Donna S. Levin, features five theme entries, with the final word in each of the answers also, when standing alone, being able to precede the word “track.”

Got out to a pretty fast start, but slowed down considerably towards the end, as it took a while before PULPIT finally popped in and I figured that clue out (6D: [Jack’s platform?]). Lots of medium-length fill to enjoy in the grid, with HAPLESS, ironically, giving me a chuckle (1D: [Like a schlemiel]). Probably laughed because reading the clue made me think of the theme song to Laverne & Shirley. For a while last year, I really got into watching rally car racing, and got to see a lot of CITROËN cars compete and was curious about those types of ATV rally cars (57A: [French automaker since 1919]). You’re telling me you wouldn’t want to be seen cruising down the street in this one day? I totally would! “Sports will make you smarter” moment of the day: KIM (9D: [One of the Kardashian sisters]) – One of the landmark boxing matches in the sports history occurred in Nov. 1982, when Ray “Boom Boom” Mancini took on South Korean boxer Duk-koo KIM in a 15-round lightweight title fight Las Vegas. Sadly, it’s remembered for being such a hard-hitting fight that Kim, who was knocked out in the 14th round, went into a coma minutes after the end of the match and died four days later after it was discovered he had a subdural hematoma in his skull upon arriving at the hospital. After that fight, boxing commissions made sweeping changes concerning boxer safety that remain to this day, including reducing title fights from 15 to 12 rounds, boxing rings featuring four ropes instead of three so boxers don’t fall through the ropes and out of the ring, and much more extensive medical checkups for boxers before fights.