It’s meta time! Our hint to the meta answer is “Which famous film director is hinted at by this puzzle’s theme?” Maybe the seven films in the longest entries will help us get to the solution.

The films themselves do not seem to be related, but the title “Silent Films,” coupled with the two entries specifying there was more than one choice in those answers, point us towards the silent letters in each film title. We have DJANGO UNCHAINED (take the first silent letter), GONE WITH THE WIND, JOHNNY MNEMONIC (take the second silent letter), RISKY BUSINESS, WOULD YOU RATHER, A WALK IN THE WOODS, and CRAZY STUPID LOVE. The silent letters in order from top to bottom spell the last name of iconic filmmaker Cecil B. DEMILLE, who is our meta answer.

Getting the meta may prove too easy for experienced solvers, but Evan’s goal is to make metapuzzles accessible to as many solvers as possible, and he does a fine job of it. It would have been nice for each entry to have only one silent letter, but DJANGO and MNEMONIC were my keys to solving the meta, so their presence makes up for having two silent letters in their full titles. 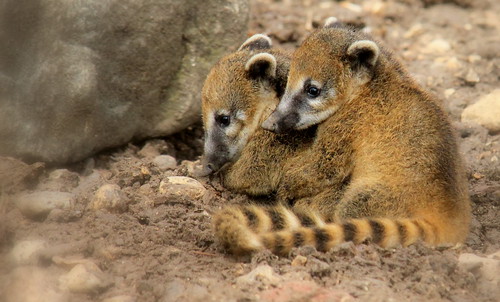 The theme takes phrases or words that include a sort of feeling, anagram that feeling, and clue the new phrase accordingly:

The theme felt a bit uneven while I was solving (some feeling words first, some at the end; anagrams to both 1- and 2-word results), but there presumably are not enough familiar feeling phrases that lend themselves to decent anagrammed phrases that have the feeling word in the same place.

The fill is quite good. Lots of 6- to 8-letter fill without the hideousness that too often finds a way into 21×21 grids. Highlights: TOOTSIE, NOODGE, BIGWIG, SAKE BOMB, TOP FORM, MOM JEANS, WOOLITE.

The spelling of SHERIF (49d. [Muslim official]) threw me off, as SHARIF is more familiar. As with a zillion words transliterated from other alphabets, of course, there are various acceptable ways to spell this Arabic word in the Roman alphabet.

4.3 stars from me. (There’s a bonus fraction for the smooth fill.) Once the solver realizes that all the theme answers begin with DIS- the solving becomes … less inhibited. No way to top that. Good afternoon, everyone! I hope you’re all doing well on this last Sunday of February.

Speaking of finales, this is the last Sunday Challenge in the run of CrosSynergy. I’m definitely sad but also absolutely privileged to have had this part of my Sundays for the past three years. Today’s grid is brought to us by Mr. Randolph Ross, and it’s definitely BIG LEAGUE…and not bigly (1A: [In a major way]). Definitely wasn’t too much of a challenge for me, and I knew that when I saw the clue to OMNIUM, something I’ve been waiting for for years to see in a crossword and finally getting the chance today (35A: [_____-gatherum]). Don’t judge, but I’ve only ever been in a Greek restaurant twice in my life and I never have eaten MOUSSAKA before (31D: [Greek restaurant order]). I’m not much of a lamb eater so I’m not sure how much I would like it anyway. Gotta give this grid a little more love with the soccer icon MIA HAMM in it (31A: [FIFA superstar]). You’re going to have to give me ONE SECOND before I go a little further in the grid, as I’m currently on assignment in Washington DC (14A: “I’ll be right there!”]). Want to give this blog a little more justice since it’s the last Sunday Challenge grid. Until then, read about a great person and driver who was taken from us far too soon.

“Sports will make you smarter” moment of the day: SENNA (36A: [Medicinal plant]) – Billy Joel uttered the lyrics “only the good die young,” and that’s definitely true about one of the greatest (if not the greatest) open-wheel race car drivers of all time, Brazilian Ayrton SENNA. Of his 161 starts in Formula 1 racing, Senna finished in the top three in almost exactly half of those races (80) and won 41 races. During qualifying of the 1994 San Marino Grand Prix, Austrian driver Roland Ratzenberger died from injuries suffered in a crash, the first F-1 driver to be killed during a race weekend since 1982. During the race, Senna, on the turn before the bend that Ratzenberger crashed two days earlier, also crashed, succumbing to his injuries. The charismatic Senna, who was a world icon and probably the most-beloved Brazilian sportsman who did not play soccer, was 34 years old. Whoops! It’s been so long since I regularly tackled the Sunday LAT, I plumb forgot. And I didn’t see the comments because Erin had created the main Sunday post (the comments only get automatically sent to me when I initiate the post). Anyway—

The puzzle title doesn’t really encompass the theme. “The More the Merrier” would work better if the theme answers all took an added -IER, or if they were all particularly merry. Instead, an -IES is added, and they’re not all fun:

So the theme’s a bit spotty, in my book.

Least favorite clue: 59a. [Co-star of Keanu in “The Whole Truth”], RENEE. I edit pop-culture crosswords for a living. I subscribe to Entertainment Weekly. How did I miss this movie, I wondered. I checked at boxofficemojo.com after Wikipedia included a release date but no box office figures, and … I don’t think it had a theatrical release at all. I suspect 99.99% of solvers have never heard of the movie. People! Don’t just grab one of the most recent projects in a star’s filmography. Double-check that the movie might actually resonate with solvers! Otherwise you’re just including a flat-out obscurity.

Least favorite answer: 53a. [Musical shortcoming], NO EAR. That … is not a thing, is it?