Greetings from Stamford, CT! This post is coming to you from ACPT HQ, where we’re in the midst of the annual crossword puzzle tournament. Luckily I had a break on the trip down here to solve and blog this week’s WSJ contest puzzle, “Star Search” by editor Mike Shenk. He asks us to find a five-letter word and with five starred entries, it seems a good bet that each will contribute a letter to the final meta solution.

Nothing obviously seems to tie these entries together, but a few other entries in the grid seem to point to some extra help.

So I made the assumption I’m on the search for hidden words that appear diagonally in the grid. My first thought was that I was looking for synonyms of the five starred entries (such as SUNNI or SHIA for ARAB?), but RICOTTA is such a specific thing, I found it hard to believe a synonym for it lurked slantwise in the puzzle somewhere. 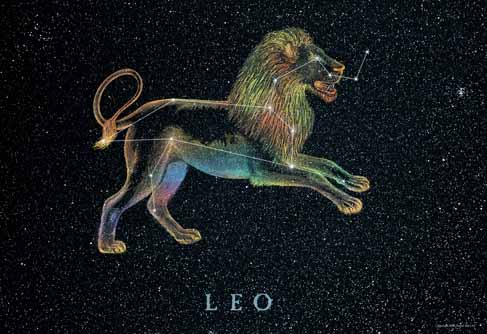 Without other guidance, I just started looking at strings of diagonal letters in the grid and hit first upon LIBRA running from upper right to lower left in the middle of the right side of the puzzle. I thought perhaps that was coincidental until I saw PISCES on the opposite side. Then I was off on my own “star search,” finding LEO, SCORPIO and ARIES as well. So what did these have to do with the five starred entries? Well, each of these intersects a starred entry once and only once at a particular letter. Reading those letters from top to bottom, you get SPACE, our meta solution and the final frontier.

I enjoyed this meta, but am a little troubled that the grid entries that cross the zodiac names don’t have anything to do with the solution or each other. Perhaps that’s a lot to ask, and they all did have the constraint of having that crossing letter in the correct position. Elsewhere, I’ve heard of the Canadian LOONIE, but not the TOONIE (is one a one-dollar bill and the other two?). And GOLLY GEE, SIVAISM is new to me as well.