Coming off a fail last week, I definitely didn’t want to make it two weeks in a row, so let’s see if I can come up with this week’s meta solution, which is a famous monument. This one’s a bit tricky in that my hunch is that the theme entries actually run vertically instead of horizontally. From left-to-right, we have: 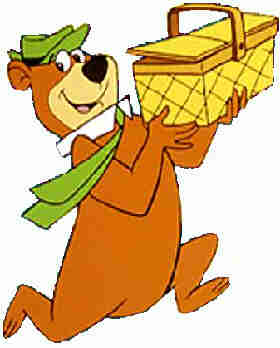 My first thought, even before considering the down entries to be thematic, was to look for the letter U in the puzzle, based on the abbrev. in the title. There are 7 of them, oddly placed with only one to the right of the horizontal line of symmetry. I thought this was significant and wondered how to get the name of a monument from the letters perhaps around these U’s. Rather frustrating dead end, though.

Switching gears to looking at the down entries, I noticed repeated letters in MCNUGGETS and ISAAC and the repeated two-letter strings in PICNIC and THIS IS. Again, not much help, but it did get me looking at them for embedded words, or, in this case, two adjoining letters (CN) in each entry. Why would they be vertical, though? Well, I took it as a hint towards what I hope is the meta solution, the 553-meter tall, CN Tower in Toronto. I struggled a bit with this meta–that U business in the title really set me off on a wild goose chase. I still wonder why Matt put that in the title; my working theory is that it’s an indication that “Can” is an abbreviation of “Canada,” the country of the monument in question. I hope this monument is familiar to most Americans; I’ve actually been up on the observation deck when I was living in nearby Rochester, NY. [Edited to add, apparently I am 0-for-2, I didn’t notice the UA consistently next to the CN, and these four letters stand for the four states that make up the Four Corners Monument (Utah, Colorado, Arizona and New Mexico). I’ve never seen them abbreviated like that, so I wouldn’t have come up with it even after noticing the additional letters. I guess that explains the title better and also my slight unease about considering a communications tower to be a monument.] Continuing with my original post…

Now that I see there are just four theme entries, I’m a bit surprised with fill like WAS BORN, ROSTI, NLER, INK PEN, SUCKS (thankfully clued as [Siphons (out)]) and GLATT. I’m hoping that doesn’t mean I have the wrong answer! I did enjoy the fun fact that more RYE is produced in Germany, Poland and Russia than here in the USofA.