Solving this 128 word themeless was a pleasure. Love the central stack with CIRCUS MAXIMUS, CODE OF SILENCE, and CENTER FIELDER. PLAYOFF BEARD is particularly fantastic. I assumed this originated in baseball, but research gave me some hot knowledge of the NHL instead. Recently GQ published an article, “Bro Flows and Playoff Beards,” in which every player mentioned Jaromir Jagr’s classic mullet. Apparently many articles have chronicled the evolution of Jagr’s hair over the years, including this one which provides the picture seen below. 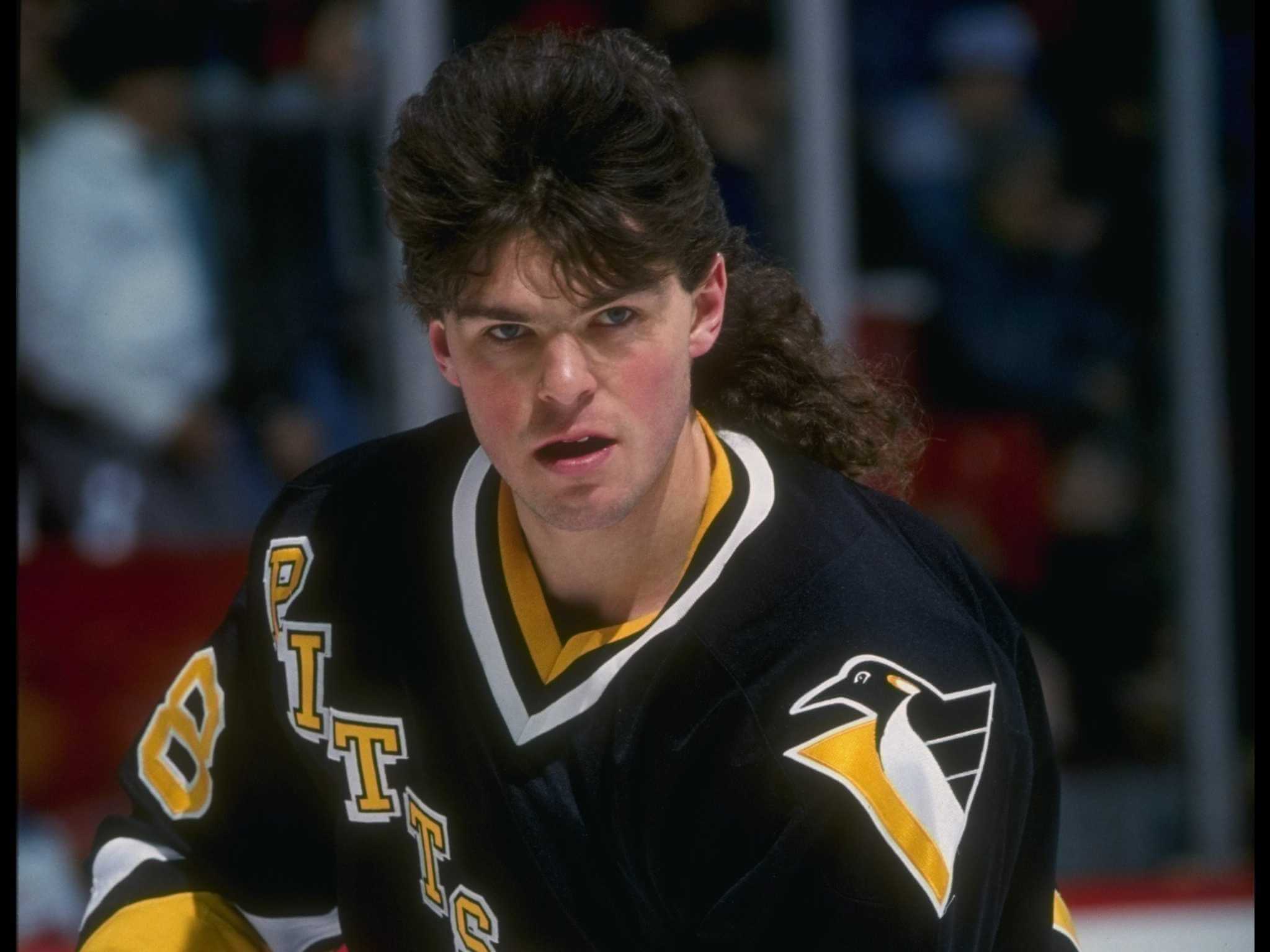 My curls are jealous of this lusciousness.

So many lovely entries! HAPLESS, SWAN DIVE, MALAPROP, MCRIB [Fast-food offering seen in many promotional farewell tours since 2005], LANA DEL REY in her entirety, ESCAPE ROOM with the great clue [Breakout session?]. No major clunkers for me, either. I knew KID A [2000 Radiohead album that features “The National Anthem”], but I’m guessing a lot of solvers did not. In general, though, the fill is smooth as SILK. I exclaimed “What?!” when I finished this puzzle, because I’m not sure I’ve ever cracked 6 minutes on a Sunday NYT before. I tuned into Patrick’s pun wavelength and everything was so smooth. (Or else there was some technical glitch in the puzzle’s timer and it actually took me 8:30 or something.)

The title changes anchors aweigh, which hints at the theme: Each theme entry is a boat-related pun made by changing some vowel sounds in familiar phrases. (There’s a hint of consonant shifts, but it’s mainly the vowels.) The puns provided a modicum of amusement, which is all you can ask of a set of puns. (And your mileage may vary—I read these all to my husband and he made faces.)

Along with the crisp fill—HANGS IT UP, NUMERO UNO, TAPE DELAY, and SWIRLY popped out, and nothing made me scowl—I enjoyed a number of the clues. Let’s see if I can find them in this Sunday-sized puzzle:

Sam COOKE is in the puzzle, clued by way of “You Send Me.” I’ll leave you with the soothing tones of Sam Cooke, and a 4.2-star rating. Big stacked slabs in the corners and flanks. Some unusual words, names, formulations to GNAW (38d) on, strategically slowing the solver down, prolonging the puzzle’s pleasures. Another marine-related puns theme this weekend, this time fish. I NEVER TOLD A SOLE, soul. PICK A COD, ANY COD, card (I liked this one best). PIANO TUNA, tuner. PLATFORM EEL, heel (67a. [Fish on stage?] really doesn’t work, because never do you call something on stage “platform X”). DON’T BE KOI, coy. EMOTIONAL SHARK, shock (less successful because it adds an R rather than using a homophone or dropping a letter sound). GOOD CARP, BAD CARP, cop (same issue as with SHARK/shock).

The Scowl-o-Meter was on high alert when the opening corner of the puzzle sandwiched ADEN and SERE in there. RIATAS, plural AHOYS and ALOHAS, E-DATE, OLAV, ORT, IN AT, TNPK … other fill left me cold too, but most of the fill was fine, if unexciting.