Sports are again the order of the day (or week), as we are on the hunt for a noted sports figure. I wonder if he’ll be a player on last week’s Chicago Football Bears? Let’s find out.

Hard to determine what the theme entries are in this one, I tentatively chose the four 10-letter entries that form a pinwheel around the perimeter of the grid:

I also kept the central entry, POSES, in my back pocket as a possible themer as well. The first thing I noticed was that two of the theme entries had a repeating letter (A.A. and P.P.), but the others did not. I also wondered if these indeed were the theme entries, why weren’t they starred, as has been Marie’s (“really Mike’s”) wont in the past, particularly with an ambiguous central entry.

Then I went back to the title and thought more about eagles, particularly in a sports context. An eagle in golf is “2 under par” and I thought it more than coincidental that PAR sat in the middle of BUMP AROUND. We also have that golf-ish clue for 39d. [Tool with a low loft], or a FOUR-IRON. (I’m not sure I’d call golf clubs “tools” myself.) I wondered then if I’d find other golf-related terms in the puzzle, perhaps BIRDIE, BOGIE, etc., but these were not to be found on my “scouting” trip.

Finally I hit on looking for PAR in other places and found three other occurrences: 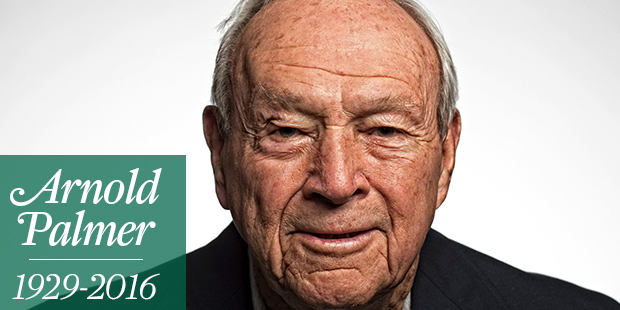 Since PAR consists of pretty common letters, I wasn’t sure if these occurrences were that striking or not. But if they were placed there in a meta-related fashion, then where would “two under” them be? Would I choose two of the three letters under each PAR? Or, what proved more successful, choose the three letters two rows beneath each PAR. Reading from top-to-bottom, we have ARN OLD PAL MER, or the recently departed sports figure, Arnold Palmer (and an eponymous drink made from iced tea and lemonade).

I thought this a spectacular meta and there was absolutely no question what the correct solution was. How did the rest of you do this week?