This week’s meta solution is a film about a team of underdogs. Other than the middle 13, it’s again not very clear what’s our thematic material in this one, as there are six 8’s in the across direction and two 9’s downward. Let’s look at that 13 first:

“There’s no need to fear! Underdog is here!”

Indeed, there are two more:

So what to do with these three dogs? Well, taking a hint from both the title and the meta solution we are looking for, let’s see what’s underneath each one. It reads:

And indeed, there is a 2005 film with that name, The Longest Yard, starring Adam Sandler about a team of inmates playing a football game against their prison guards. (I won’t spoil the ending for those who haven’t seen it.) 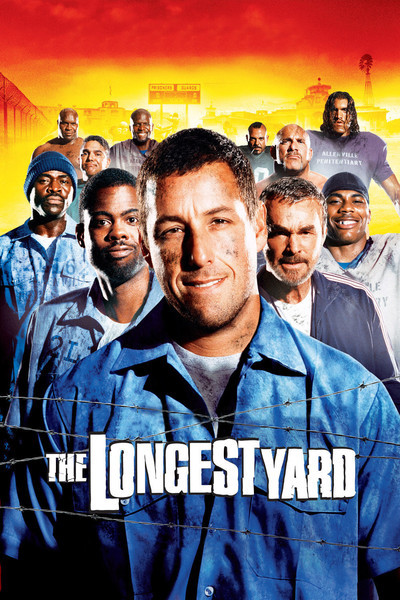 I found this meta pretty easy; in fact, I suspected the meta gimmick just from reading the title and confirmed it once I saw the central entry. Even with six theme entries in this one, Patrick managed to include some nice entries such as TURBOTAX, BLEW A FUSE and BIOHAZARD. I particularly liked the juxtaposition of RUBBER, IN LOVE and CRAVED in the southwest. I was a bit confused by the [Colorful tropical fish] as BETTA instead of “beta” as I’ve never seen this common aquarium fish’s name written out I guess and just spoken (and pronounced like “beta”).