Hope solvers of this week’s WSJ contest puzzle have a good appetite; we’re in search of a sandwich. Let’s see if we can all be heroes and solve this puppy, shall we?

These five entries seemed thematic to me, based on their position and length as well as that high-Scrabble™ letter value J in each of them:

So when I saw that repeated J, the sandwich PB&J leapt to mind and I tried to backsolve that solution into the theme entries. I couldn’t get any traction with that, so I went back to the drawing board. That’s when I noticed that each J had an O and an E by it, leading me to this week’s meta solution, a Sloppy Joe sandwich. “Sloppy” reminds me of those cryptic crosswords across the pond where this could be interpreted as an “anagram indicator.” Others would be “funny,” “drunk,” or “muddled.” I like how these 3 letters appeared in a different order in each theme entry, I guess I wish I was more sold on “making” jokes as opposed to “telling” (or even “cracking”) them. 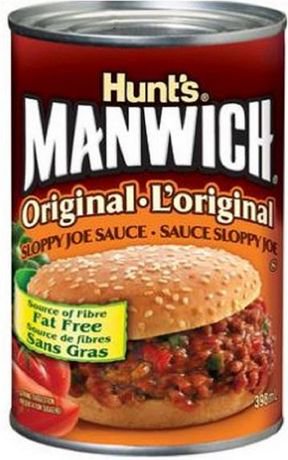 I noticed an Oscar-related mini-theme among the adjoining [“The Hurt Locker” beat it for Best Picture] for AVATAR and [Film category] for WAR. (Was there once an Oscar awarded to the best “war” movie? Let’s hope that any such future depiction stays on the silver screen and not in reality.) Finally, I’ll close with the answer for [Warmblooded killer] or ORCA, which could’ve been alternatively clued as [Annual award given by this site] and you can read all about this year’s winners in the commentary by the multi-talented Sam Donaldson.