Ooh—what a well-devised and multidimensional puzzle this is. Once again, we get a meta-like “game” that’s woven into the themers, and today those themers run to six two-word phrases (or compounds). The second word of each gets passed on, relay-like, to become the first word of the next, until we circle round again to…

So we’ve got this terrific word chain: [SQUARE (ONE] [STEP) (BACK][FIRE)(RED] [SQUARE) ONE]… and then, we’ve also got a SLEW of long, strong fill that provides added FUEL to the solve. You’ll note that the themers aren’t the longest fill in the grid (two nines, two eights, two sevens), all running horizontally. This has left room for two sets of paired 10s, running vertically—one in the SW, one in the NE. Beautiful. And beautifully filled: the former with the gloriously defiant “STILL I RISE” [Maya Angelou poem with the line: “Does my sassiness upset you?”] and METEORITES [Shower units]; the latter with ROAD TO RUIN [Path of destruction] and MOVIEGOERS [They’re interested in looking at the big picture?]. This is gold. All of it. But wow—woulda used a question mark with [Shower units]. For the n00bs. Because so much of this puzzle plays to far more experienced solvers. Imho.

Among the sixes, the real standouts are Curb Your Enthusiasm‘s foul-mouthedly defiant Susie ESSMAN [be warned: this ESSMAN link is Not Even Remotely SFW; and… a little goes a long way], Daedalus’s winged son ICARUS, MUU-MUU and “SO TRUE!” (Seeing MUU-MUU got me thinking that Liz hadn’t quite returned from last week’s cruciverbal …ISLAND HOPPING.) 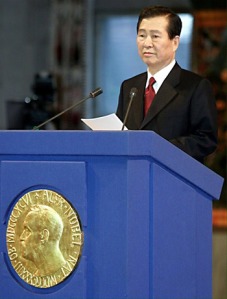 here’s what (else) I thought might be difficult for new solvers: AEGIS, INCOG (short for INCOGnito), SOROS, USE ON (because of the not-so-easy-to-parse clue [Try to charm with, as a pick up line]), and VESTA, though I do like the way this [Roman goddess of the hearth] is poised atop that watery CREST. And while I’m at it, also liked the euphonious [Oaxaca water] for AGUA, and the ballpark-centric [Diamond corner] for BASE. Where I went off: SCORN before SCOFF, and ROAD TO HELL before ROAD TO RUIN. Was also completely unfamiliar with [Peace Nobelist Kim DAE-jung]. At this particular time, in this particular day and age, I was very glad to make his acquaintance.

Crossword glue of the enjoyable sort (i.e., not the crosswordese our Xword Info colleague Jeff Chen refers to, but the connected clues and fill that work to tighten everything up): seeing the soothing SPA [Retreat with mineral springs] and [Massage] RUB in the same grid (“Aah…”); ditto the more colloquially insistent [“Am-scray!”] “SCOOT!” and “SHOO!” [“Scram!”]. Okay, okay. I can take the hint!

So, adios for today. As always: thanks for stopping by, don’t be shy about offering your pov and (all together now:) keep solving! Nice little Tuesday theme; I like how the plural phrases match the celebrities’ names and are themselves the appropriate base phrases (i.e. nothing is awkwardly pluralized as you see sometimes). ZB herself was the marquee entry in yesterday’s BEQ themeless; also known as “C.C.,” she started the L.A. Times Crossword Corner blog about ten years ago, inspired by Amy and this here Fiend blog.

Hey you, conversational fill: BEEN THERE, GODSPEED, SURE THING, GET A GRIP, HIT ME. In case you didn’t know, or had only heard of the TV show, [6a: Letters on country letters]: RFD stands for rural free delivery, a service that began some 100 years ago to deliver mail directly to rural addresses (rather than compel such country dwellers to pick up mail at the post office in town). Where I live, many people actually still prefer to pick up mail in town, because it gives them a chance to check in at the country store/post office/town hall/gas station. (Yes, this still happens in Vermont and New Hampshire.) Sigh. The theme is words and phrases that start with that syllable, spelled in six different ways: CYBERSPACE, SILENT NIGHT, SAYONARA, CITATION, SCIENCE FAIR, and PSYCHED OUT. I find myself wishing that the 8s had been dropped from the theme, because cramming all six themers into the grid has left us with a bunch of junky fill.

Tough things for a Tuesday include KIROV, AD IN, A-ONE with its numeral spelled out, ISL, crosswordese RIATA, does-anyone-much-really-know-about ICE AX, HERSEY (can scarecely believe he’s not clued via A Bell for Adano, which gave the world ADANO as crosswordese), ATRI (more bell-related Italian place names in literature!), and seldom-seen-in-the-wild S.DAK. Not necessarily hard, but not great fill: ERN ATTY TISH EENIE AERIE UKE ITAL CIO. And maybe SNOOT, which is indeed a word but is so much less used, if you ask me, than snooty.

URBAN MYTH and GO IT ALONE are nice bits in the longer range, but they weren’t enough to make me forgive the clunkers.

If you shrieked at 5a. [Opinion pieces] as the clue for OP-EDS because it’s got the OP of opinion in it, stand down. It’s short for the page opposite editorial.

2.75 stars from me. I wish the Monday and Tuesday NYTs would focus on smaller theme square counts so the fill could be smoother and easier. Yes, who knew?? Interesting piece of wordplay in this week’s Jonesin’, nicely laid out in a quote:

The  circles letters form the color IVORY. Very nice and a lot of fun! And isn’t that the whole point? Interesting word trick, and one I never noticed before. This is the type of wordplay someone in the National Puzzler’s League would appreciate … but wait, Matt is a member! Also the kind of wordplay I appreciate as well! A solid 4.5 stars this week. Took me a second to grasp the theme on this relatively easy puzzle! I must have been tired! Maybe I was looking for something more than what was there. I am “sure” there is nothing more to this theme!

“Certainly” you got the theme that the phrases above all start with a word meaning “surety,” I am SURE of it! Nicely done, especially since I fell prey to an unintended tricky motif! Again, I was tired. 4.1 stars.

It is supposed to warm up this week! I’ll believe it when I see it!