We play it a bit highbrow today in our search for a famous novel hinted at five times in the grid. So a bit of good news there is that we know we are looking for five theme entries, and we can safely assume they are these five longest entries (in a pinwheel fashion, including the center entry) in the grid: 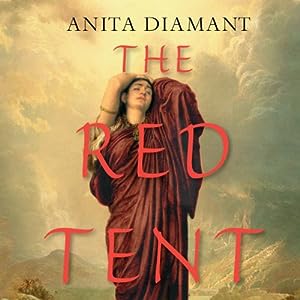 So they’re obviously all things that are RED, but is that enough information for a novel? I’m glad that they are all not 10 letters long or I would’ve short-circuited my solve and submitted The Hunt for Red October, with October being the 10th month of the year. I then became suspicious of other thematic material (or perhaps questioning whether I had identified the correct five theme answers) due to some pretty ugly fill–I’m looking at you, I DO SO and GO NO and then old standbys like ETUI and EDO in particular.

I then noticed two other red entries: TOMATO and HEART (the latter clued as [The suicide king, e.g.], which I guess is a reference to some card game?) and began to wonder if the five red entries I was looking for were hidden in the shorter entries instead. This ended up a being a rabbit hole of shallow depth, so I moved on. Next up I noticed a lot of O’s in the grid and wondered if some vowel was entirely missing from the grid. Well, I noticed that none were missing but there sure was a paucity of A’s, in fact only five of them and each occurring one time in each theme entry. Hmmm….

So going back to my English literature classes in high school, this brought to mind the red A worn by Hester Prynne in Nathanial Hawthorne’s The Scarlet Letter, which was my submission this week as the meta solution. I thought it a very neat way to hint at the extra information we needed to point to a novel from entries that don’t seem to have anything in common other than their color. I think the title too is a nice hint (that I only perceived after I came up with the solution), as “character” could reference the person or a letter. I do expect a bit of grumbling though at the WSJ puzzle site, as that group may be less accustomed to Matt’s tolerance of less smooth fill in service of a meta idea. MOI, on the other hand, readily approves.