Whoa! What an elegant and intricately wrought tour de force. Kevin takes the TOTAL LUNAR ECLIPSE that will occur on December 21 and maps it all out for us. The EARTH (in the center of the grid) will be in the center, from our perspective, between the MOON (square 27) and the SUN (square 143). At the eclipse’s climax, the moon will 35a: TURN RED. Shortly before and after the climax, the moon will be DARK (squares 30 and 32). A little further out, timewise, the moon will be DIM (squares 41 and 48). And even longer before and after the eclipse, the moon will be BRIGHT (squares 63 and 71), illuminated by the sun. The reason for the dimness, darkness, and TURN REDness is tht the earth will be  137a/146a: CASTING / A SHADOW.

Whew! That’s a lot of explication.

While the puzzle does include the occasional ADIT or AGAS, overall the fill is remarkably smooth. That’s quite an accomplishment given the largely fixed locations for the CELESTIAL BODIES‘ rebus squares and other eclipse-related rebus squares. AMATEUR ASTRONOMER, CASTING / A SHADOW, and TOTAL LUNAR ECLIPSE had a little more flexibility for placement, but think how much easier it would have been for Kevin to drop AMATEUR ASTRONOMER from the theme. But it’s in there! Color me impressed. Sure, a Roman numeral is required to facilitate the X-RAY SPEX at 124a, but hey, you get X-RAY SPEX in return. I think it’s a fair deal. Other cool fill: TURF WAR, WAIKIKI, the KENNEDY/ONASSIS two-fer, “I OWE YOU,” PEABRAINS, COWPOKE, NEWSDAY, IN UTERO, and LITERATI. The tradeoffs include tough crossings (SCENA/CEY), the awkward C{D IM}AGE, partials (A MERE, AS I), and TEEMER.

I was really uncertain about 21a: [“Ball Four” author]. Who the heck is BOUTON? The clues for his crossings were not all that easy, so this corner felt tentative. Then there were the rebus squares with BRI, BRIG, and EART in them—I wasn’t sure the applet would accept those but it did.

I also made a wrong move at 101d: [Jordan’s Queen ___ International Airport], trying NOOR first. Turns out to be ALIA, who was married to King Hussein before Queen Noor was. My go-to ALIA is Alia Shawkat, who played Maeby Fünke on Arrested Development.

Lengthy solving times are explained by the unusual grab bag of rebuses, the inclusion of plenty of tough clues, and the bigger-than-standard grid (it’s 23×23, not 21×21). This puzzle features 11 comedians with names that handily anagram to nonsense phrases.  We are given the anagrams and it’s up to us to “shuffle” the letters so as to find the “cards.”  Although no doubt chosen solely because of their handy names, we have a nice assortment of male and female comics past and present:

Even REDD Foxx managed to find his way into the grid.  The long downs, ACERBIC WIT and BAD-MOUTHED, add to the theme, the latter insofar as comics frequently bad-mouth political figures and other celebs for laughs.  The theme density here likely precludes the introduction of additional sparkling fill, but what the grid lacks in pizzazz it more than makes up for in smoothness. What’s the worst entry here—EUR? SORER? Hardly offensive stuff.

I’m not the speediest when it comes to anagrams, as I tend to double-check every letter rather than trusting my initial read of the letters. Still, this was a fairly fast solve by my B-minus standards. The clues were very straightforward. I liked how a potential downer like HEARSE got a shot of liveliness with [Halloween parade wheels]. And [Orthography meet] was fun as a rather technical clue for BEE.  I don’t understand BOWER as an answer to [Shelter in the shade], however—on a hot day am I supposed to stand in the shadow of a tall person acknowledging applause?

Okay, time to run out and do some last-minute Festivus shopping. I’m hoping to score a good deal on an aluminum pole. May all your Festivus miracles bring you much happiness and prosperity! You know what? I’m not a big fan of Oreos. Hard, over-dark, under-chocolatey cookies with a space-age polymer “creme” filling. If you have to go with a fake spelling, is this really something you should be eating? Putting aside personal cookie preferences, let us examine Merl’s puzzle. The accompanying note reads “December 21 is the crossword puzzle’s 97th birthday, so in keeping with my perennial idea that a certain item should be the Official Snack of Crosswords (because of its black-and-white look, its frequent appearance in crosswords, and its popularity as a bribe – I mean, as a treat – for a certain overnight visitor), here’s a puzzle devoted exclusively to it (sort of). There are 11 in all (but eat just one).” The letters that spell out OREO appear within 11 theme entries of varying quality (see below). Those cookies are supplemented by 132a: [Apt query for the end of this puzzle], “GOT MILK?” and by 72a: [Part of NaOH (just to give The Snack’s old rival a smidgen of equal time)], HYDROXIDE—which hides the erstwhile Hydrox cookie, an Oreo look-alike. (NaOH is sodium hydroxide.) The 11 Oreo holders are as follows:

How about a baker’s dozen of clues from the fill? Neatniks are in luck–I wasn’t able to get a scan of my completed grid for today’s CS “Sunday Challenge.” It’s probably just as well, as I had quite a few false starts, particularly in the NW.

Let’s start with the long entries:

My problems started in square 1 (I guess quality wasn’t my job 1 at that time!) with LEERER for STARER, and a misspelling of actress Charlotte RAE as REA. 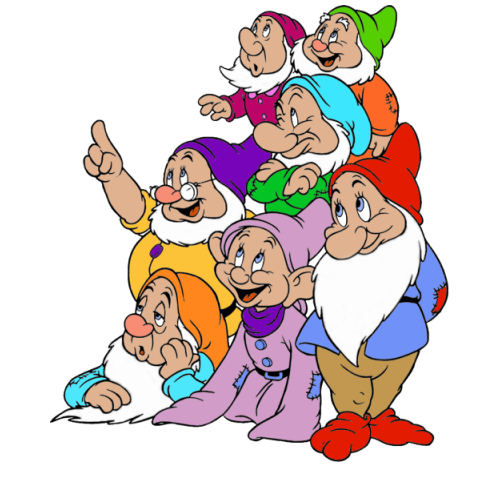 (Big blind spot for me is confusing Stephen with Charlotte. Also OLEO for OLIO…can someone help me with a mnemonic to set my mind AT EASE?) I also thought “Some Parliament members” were ETONS not EARLS (and certainly not funk musicans!) And does ÊTRE really mean “Existence” in French? I just know it as the infinitive of the verb “to be.” Finally, did anyone else fall for SPARE over SPORT for “SUV part?” No, of course you didn’t!

The right hand side of my grid was relatively clean–just SUCKERS before SUCKS UP (“Vacuums”…are they considered ENGORGED when full?) And NAM before WAR for “Saving Private Ryan backdrop.” (Yeah, I know Normandy’s a long way from Saigon!) Finally, were all of the seven dwarfs MINERS? Here, Sleepy and Sneezy were clued as such, but I doubt Doc made his way down to the mines. Is this when they sing “Hi ho, Hi ho, it’s off to work we go…?” And I thought Richard III said A HORSE at the end of his plea from Shakespeare, but I see here, it was before and after, so we’re both right!

Enjoy the rest of your Sunday. GO PATS! (Sorry cheeseheads!) Aww, not challenging enough! I like a themeless puzzle that really puts up a vigorous fight.

Miscellaneous clues from the tougher end of the spectrum: The theme isn’t a stale one—I don’t recall seeing one like this. It’s sort of a pun theme, with homophone trade names swapped in where regular words belong. Like so: