The theme for today’s NYT could be considered an alien invasion: common phrases and titles are transformed into silly puns with the addition of ET.

I am a sucker for puns, so I enjoyed this theme quite a bit, especially VANITY FERRET. The image of a ferret decked out in haute couture cracks me up. My one quibble, though, is that in three of the phrases the ET is pronounced with a schwa (\ˈkrü-ət\, \ˈfer-ət\, and \ˈra-kət\, according to Merriam-Webster), while DUET is pronounced with a short e, \dü-ˈet or dyü-ˈet\. I do not know if there is a dialect anywhere in which they all have the same pronunciation. Does anyone reading this pronounce DUET with the schwa instead of the short e?

This puzzle took me about 50% longer than usual, partly because I kept trying to fit RACKET instead of RACQUET, partly because LACE INTO was new to me, and partly because of some tough crossings for me (WALSH/HOSNI, SCHERZO/ZUNI, I’m looking at you.) I also got stuck on WANDS, clued as [They may be waved at concerts], for a while. Does this refer to a conductor’s baton, or have I been doing concerts wrong this whole time? Tony mentions in the XWord Info notes that he had submitted a Harry Potter clue, which would have helped me a bit more. There are also quite a few abbreviations and prefixes/suffixes that detracted from my solve. On the other hand, we have some fun entries like SNUCK UP ON and GET FUZZY.

In general, an enjoyable theme which gets bogged down in places by fill. And a ferret dressed to the nines, which still amuses me.

Another Alias, another puzzle from editor Mike Shenk. This one was tough but quite good.

Wednesday usually means an increase in difficulty, but this felt like a Thursday or later. In fact, all the puzzles this week seem to have been tougher than usual. Maybe it’s just ’cause I’m on vacation.

Anyhow the theme is revealed at 61a: [Book reviewer found in the four longest Across answers]. My thoughts were, “Uh oh. I can’t name any famous book reviewers. Is this a New York thing?”

Next I uncovered 14a ([Pointer from a 61-Across]), which turned out to be a TAX TIP. Aha! This week being the run-up to April 15th on Friday, it makes sense that Mike has more tax-themed puzzles for us. So re-visiting 61a, I confidently filled in CPA, as in, one who is reviewing “the books” (i.e. financial documentation).

So our long theme answers should all have CPA in them. Let’s check. The C/P juxtapositions are handled deftly, though they result in ECCE & PER crossing DOMESTIC PARTNER and the abbreviation FDIC in the southwest. Overall, not too costly.

And there’s a lot of great stuff besides. Check out: FLIPSIDE, MAHALO, RICE CAKE, FLOTSAM, HASHTAG, and STEELERS.

There’s also BURSITIS if you’re into that sort of thing. I never knew exactly what this is. Inflammation of the bur? No, not quite. Turns out it’s inflammation of one or more bursae, which are small sacs of fluid found in the joints such as shoulder, hips, elbow, etc. 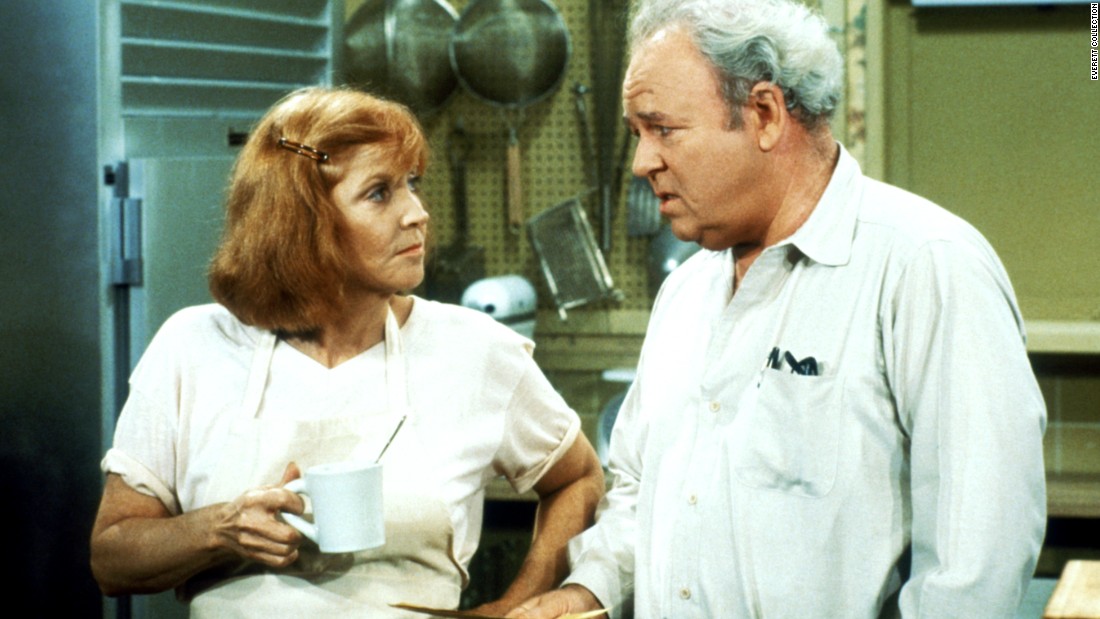 It’s nice to have ANNE MEARA in the grid, though she’s split across 60a and 5a with the clue [“Archie Bunker’s Place” co-star]. I had forgotten that fact, too.

I enjoyed the clue at 22d [1990 film featuring zealous fan Annie Wilkes]. I didn’t remember the character’s name, but all signs pointed to MISERY starring James Caan and Kathy Bates. If you believe that sledgehammers and ankles don’t go well together, DO. NOT. CLICK. THIS. LINK. (Warning: it’s a gif, not a youtube video, so the effect is near-immediate. This is your final chance to turn back.)

Clues were generally Thursday tough all over. One particular crossing had me scratching my head even after I finished the puzzle: the EVE / OVEN pairing at 37a / 33d. EVE is clued [Fruit sampler?] and OVEN is [Hansel’s heading]. I get EVE now, and I like its cleverness, but while solving, it looked like it might be EYE or even EWE. And the 33d clue sounded like it wanted a compass direction in German. I guess Hansel is headed to the OVEN? Hmm. Feels a little off to me.

But other than that hiccup, this is a really great grid filled with plenty of goodness all around. If this week’s AV Club Crossword had been puzzle 5 at the ACPT, I would have figured out the theme with too little time to actually solve the rest of the puzzle.  Thank goodness it’s not – once I looked at the calendar to get the final A-HA I needed, this was a super charming puzzle that totally earned its 4/5 difficulty rating.

At first glance, nothing seems up with the fill, but some of the clues are a little odd:

Placed in the context of a few other clues, however, things start to make some more sense:

Again, it took me way to long to realize it’s already been a month since PI DAY, but I immediately started noticing ingredients that had TURNED in the puzzle.  BUTTE becomes BUTTER, CREFLO contains FLOUR, ELEGY includes EGGS, SUGE quickly becomes SUGAR, and MILLS has the start of MILK turning inside it.  See the enlarged screenshot of today’s puzzle for where to find the turns.

This was all fun, but there was some non-theme related fill that I didn’t love this week.  I know that NCR can be a lifesaver when it comes to filling a grid, especially a constrained one, but I hate “ATM maker” (36A) as a clue.  Similarly, I didn’t love ASSAMESE – figuring out just where in India the “Brahmaputra valley” mentioned in 43A is a bit tricky first thing in the morning.  I promise there were some clues I liked, though:

While there were a few picky things with the fill I didn’t like, there was a lot to love in the cluing and the overall theme on this puzzle. OK, it’s a common enough theme trope. The first and last parts of the theme answers together spell out something. Today’s are SIDE SIDEDISHES – common side dishes on the sides of the entries. It’s more elegant than most themes of its type with its extra level of aptness.

The theme set: RICHLITTLE conceals RICE; FRATPARTIES with FRIES; SHIELDLAW has the salad (cole)SLAW; BEAUTYICONS are full of BEANS – not sure which sort. A traditional side dish here is SAMP; it’s not seen in restaurants though, except I was offered buttered samp at the increasingly scarce chain Mike’s Kitchen, and it was amazing. Want.

The puzzle opens with another side, though it’s not a theme answer exactly: CORN(Y). Here’s a knock-knock joke: “Knock Knock. Who’s there? Mayonnaise. Mayonnaise who? Mayonnaise have seen the glory of the coming of the Lord.” Corny enough?

It’s a five-part theme, so the rest of the grid has little place for ornamentation. I like TEETIME, ALLRISE, NEATNIK and RIMSHOT – mostly those are found in the bigger corners.

4 Stars.
Gareth, leaving you with the ironic…