29dR [Place for airing an opinion … or what five of this puzzle’s Down answers contain?] OP-ED COLUMN. Indeed, those longest answers contain vertical strings—columns!—of the letter sequence O-P-E-D. Op-Ed, for anyone who might not know, is a truncated form of opposite [the] editorial [page].

Aside from the revealer, the breaks are three as OPE/D and one as O/PED. A reasonable alternative entry is TOP EDGING. Plenty of possibilities too for single-word containers, ENCYCLOPEDIA, ORTHOPEDICS, TELESCOPED, et cetera.

Regarding the theme answers actually in the puzzle, I find them underwhelming, but they serve their function adequately.

34-across [Pulitzer-winning writer Maureen] DOWD appears on the op-ed page of the New York Times, but 12d [Pulitzer-winning James] AGEE, influential a critic and author as he was, was not particularly known for his op-ed style contributions.

Decent Monday, in my estimation.

Breaker one-niner, breaker one-niner. Back it down, bear bait. Grab your Hundred Mile Coffee and solve today’s WSJ crossword. All is revealed at 36a [Trucker’s medium, and a hint to the artists in this puzzle]: CB RADIO. That is, we get musical artists with the initials CB. Listening to CB RADIO might get repetitive after a while, but at least it’s eclectic. 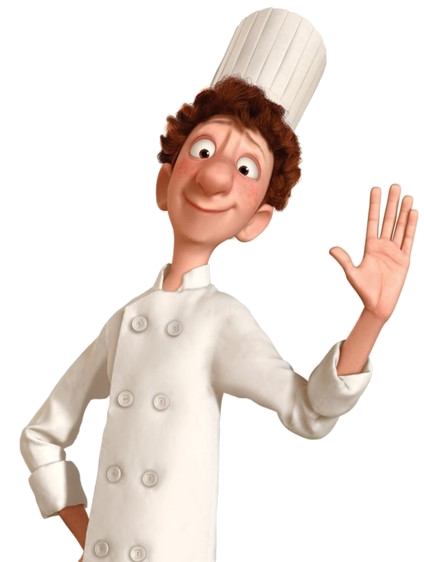 Favorite fill: BY CRACKY, which I don’t think is current CB lingo though it should be, LINGUINI, clued after the Ratatouille character, JUICE BAR, and the fictional hero crossings of TONTO / THOR / and TARZANA [Los Angeles neighborhood named for a fictional character].

Some harder-than-usual fare for a Monday: GREELEY [Editor who popularized the phrase “Go West, young man”], LEDA [Mother of Castor and Pollux] (I can never remember this), and a pair of zinger clues: 29d [Diesel purchase] for JEANS and 19a [The Jets and the Sharks may fight over one] for PUCK. There’s a hockey team called the Jets?! (Yup, from Winnipeg.)

Ok, gotta go. The packers are here to pack up our house. It’s moving day! Theme-BUDDS are ABLOOM (53a, 55a) all over this grid. Four acrosses and two downs present us with two-word A-B phrases.

Not a thrilling theme, but there is a lot of it.

Know what else this crossword has a lot of? Baseball. 52d [Tips caught by a catcher, e.g.] FOULS, 56d [Strike’s opposite] BALL, 15a [Cleanup hitter’s stat] RBI, 19a [Athlete on a Houston diamond] ASTRO, 47a [One throwing the first pitch] STARTER, and … Oh! Whaddaya know, right there at the end there’s a revealer in this puzzle! 70a [Hitter’s statistic, and, when abbreviated, a hint to the six longest puzzle answers] AT BAT. Despite the nature of this revealer, there really isn’t a an explicit connection or justification for such pervasive baseballery.

I think this crossword should’ve laid off the steroids. Good morning, everyone! It’s a scorcher outside where I am, so I hope you all are staying cool and hydrated. Today’s crossword puzzle, brought to us by Mr. Jeff Chen, takes us into the game room for some billiards, as each of the first four theme entries end with words that relate to the game of POOL, which also happens to be the reveal in the grid (61A: [Game whose table contains the ends of 18-, 28-, 49-, and 62-Across]).

Fun grid to do, and the only real hangup was realizing that “mammoth” would come up a letter short and putting in MASTODON soon thereafter (4D: [Prehistoric beast with tusks]). I’m glad that YURT was in another puzzle, as I really needed to put that into longterm memory for future puzzles (21D: [Siberian tent]). At first, I thought the clue to NBA ALL STAR had to be wrong, but I forgot that Julius Erving spent a number of years to start his professional career in the ABA (30D: [Dr. J, 11 times]). That’s sports related, and I’m torn right now because I can give OIL CAN a sports-related reference and talk about former Major League Baseball starting pitcher Dennis “Oil Can” Boyd, who was an integral member of the 1986 Boston Red Sox team that was so close to winning the World Series over the New York Mets and breaking the Curse of the Bambino (10D: [Service station vessel]). If there’s any better nickname than Oil Can Boyd, then I haven’t come across it! What’s your favorite nickname related to an athlete? OK, now for the actual “sports…smarter” entry for today…

“Sports will make you smarter” moment of the day: HALEY (28D: [“Roots” writer]) – One of the most dominant pass rushers of any generation, former NFL defensive end Charles HALEY was inducted into the Pro Football Hall of Fame last year after a career in which he recorded 100.5 career sacks while playing for two of the most dominant teams in league history – the San Francisco 49ers of the 1980s and the Dallas Cowboys of the 1990s. Haley remains the only player in NFL history to be a part of five Super Bowl winning teams. He also was known for his erratic behavior in the locker room, and, after his career ended, was diagnosed with bipolar disorder.