Today’s AV Club puzzle from G. Paolo Pasco has a meta solution. Submissions are due by the end of Sunday, August 28 – we’ll have a write-up once that’s closed.

Good evening! And a very good evening it is, too. This is a solid Wednesday puzzle – not very hard, with an entertaining theme and some nice fill. I approve. Although I think Ade should have done this one…

We have a revealer at 36a [Field of DraftKings and FanDuel … or 18-, 23-, 52- and 58-Across?] and the answer is FANTASY SPORTS. DraftKings and FanDuel are websites devoted to fantasy leagues (which started as Rotisserie Baseball, invented by writer, editor and crossword fan Daniel Okrent.) The sites have been in some legal hot water over accusations that they provide illegal gambling. I’m shocked. Shocked, I say. Gambling on sports? Shocked*. *I’m not shocked.

No legal complications for today’s puzzle, however. We are looking for fantasy sports, as in fictional, made-up, athletic activities.

The theme wasn’t particularly challenging, which is OK on a Wednesday. It’s consistent and solid and it did make me think. That’s a win.

What I didn’t know before I did this puzzle: see above re: POOH STICKS.

I leave you, of course, with this. “Other kids’ games are such a bore!
They gotta have rules and they gotta keep score!
Calvinball is better by far!
It’s never the same! It’s always bizarre!
You never need a team or a referee!
You know that it’s great, ’cause it’s named after me!” Good morning, everyone! I’m looking at the calendar now and, in one week, it will pretty much be September. Do the days and months always go by this fast? (Cyber Cynic somewhere: “Yes. Yes it does!”). Anyways, we have a fun puzzle today, created by Ms. Lynn Lempel. In it, the four theme entries are all common phrases, but its clues put a different context on each, actually referencing the “modes of transportation” that reside inside of the phrase.

Not sure if this has happened to you while solving, but I had the most interesting pattern to start out my solve: started at the very top of the grid with AWARE (1A: [Cognizant]) and cut across until I filled in ANKHS (71A: [Symbols often seen with Egyptian gods]). So, in order, went from AWARE to WEEPS (2D: [Lets the tears flow]) to SWORE (23A: [Declared under oath]) to ROD (24D: [Cone’s eye partner]) to DIOR (35A: [Christian fashion line]) to ERROL (29D: [Film swashbuckler Flynn]) to OOHS (45A: [Cries of wonder]) to SON (46D: [Junior, to Senior]) to V-NECK (53A: [Collar alternative]) to KNISH (55D: [Filled-dough snack from Eastern Europe]) to ANKHS. I paused for a second to see that pattern that I just (unintentionally) created and thought it was cool. Thought seeing the clue to EMAIL LIST was funny, since I almost never utilize it and always make it harder for myself when sending group emails (34D: [Message-sending convenience]). It’s not even 11 AM, and I’m already needing to take another quick nap before heading off to Queens later on today for work. Yes, I’m loving my bed a little too much today. But, hey, we’ve all had those mornings!

“Sports will make you smarter” moment of the day: AGNEW (3D: [Humphrey’s successor as vice president]) – Former National Football League defensive lineman Ray AGNEW was the 10th overall selection of the 1990 NFL Draft by the New England Patriots, coming out of North Carolina State University. Agnew spent 11 seasons in the NFL with the Patriots, New York Giants and St. Louis Rams, winning a Super Bowl as a member of the Rams in the 1999 season.

GREEK letters replace their homophonic counterparts in various phrases. 36a clues us in with [Classic statement of confusion, and a hint about this puzzle] which leads to the beautiful grid-spanner IT’S ALL GREEK TO ME. Unfortunately for me, I’m just not feeling the connection between the clues and the answers. I can’t see how an ESKIMO PI is a classic frozen treat. To me, an ESKIMO PI would be a [Number used in measuring the area of your igloo?]. I’ve no idea how you would clue the others.

Large 6×4 areas in the NE and SW corners are filled well with interesting choices. I especially like CAP GUN [Noisy toy] which, for some reason, I wanted to fill as CAT GUT. See also SNAP UP, PURINA, and PICARD in the SW. 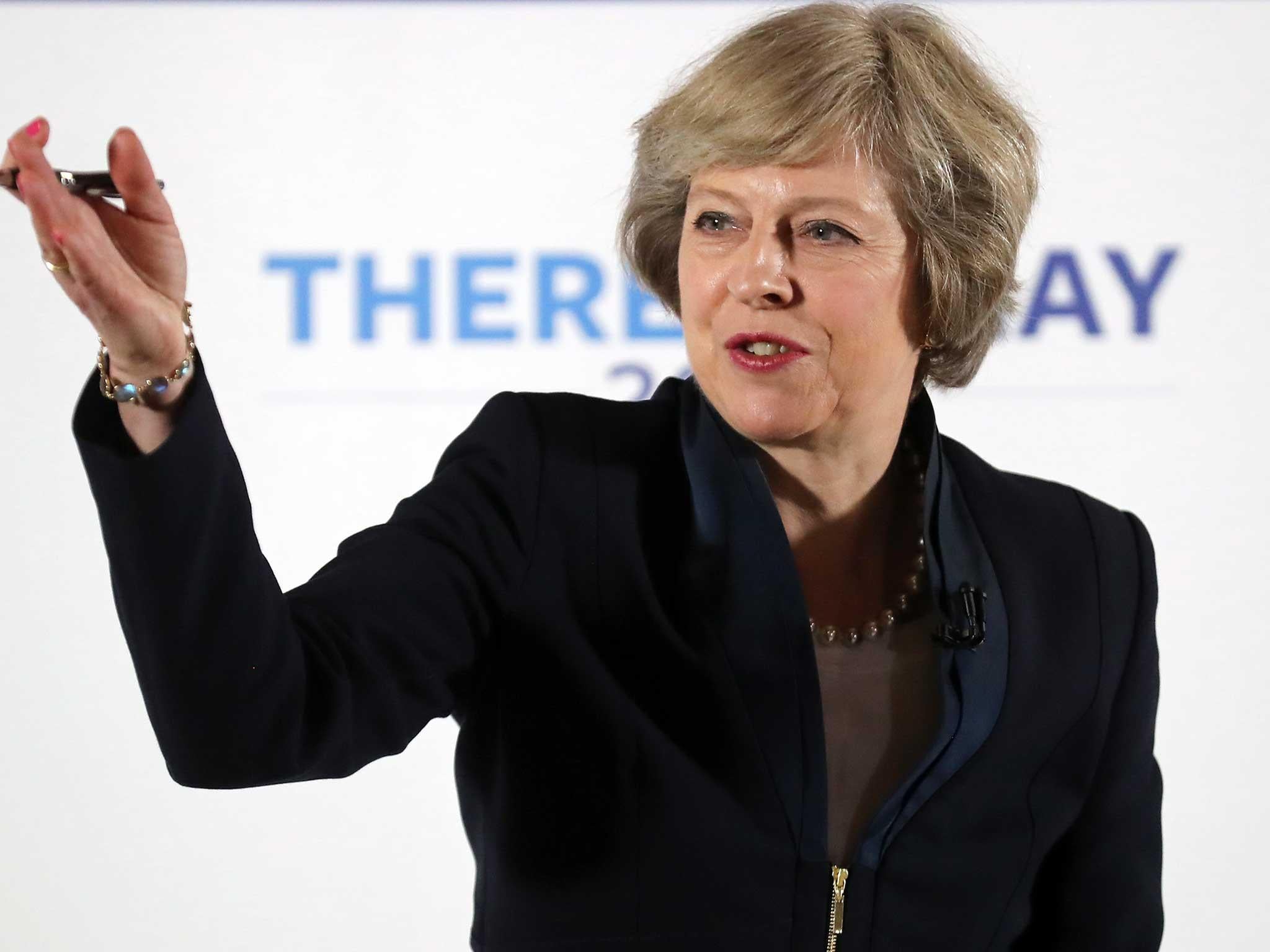 THERESA May..or she may not

Brand new British PM THERESA May makes an appearance at 22d. ED ASNER gets the full name treatment with the interesting clue [Actor who won both Comedy and Drama Emmys for the same role], which I’m guessing is Lou Grant. (Yup, that’s right.) And Biblical behemoth GOLIATH makes his presence felt at 28a.

Overall, good puzzle with good fill though the theme left me a little flat. This is an offbeat theme idea. Four two-part theme answers begin with synonyms for “tweak” (v.). They have “WITH” inserted in their middles so that the first part becomes used as “tweak” (v.) and the second forms an adverbial phrase with “WITH” modifying the verbified beginning. Clear?

But… to avoid Tarzan language, all the ends have S’s. That’d be fine, except for the base phrases: FIDDLECASES (a tad arbitrary, all instruments have their own cases…), MESSJACKETS, MONKEYSUITS, and TINKERBELLS. TINKERBELLS. As a more experienced blogger said, “Like the Highlander THERE CAN BE ONLY ONE. We don’t have two Tinkerbells.” I think that’s what called a dealbreaker.

Best fill: THEWHO and KIDULT. The price of the latter was GIRO and LRON and SSNS in a quiet corner; not sure that was actually worth it…