The theme is an unusual one. ST. BERNARD, the person and not the dog breed, is the 65a. [French abbot thought to have originated the saying depicted symbolically in this puzzle]. That saying involves a PAVED ROAD, 6a. [What the circled squares in this puzzle symbolize]. “The road to hell is paved with good intentions,” the saying goes, and the diagonal 14 circled letters spell out GOOD INTENTIONS, and the 15th square is a rebus with {HELL} in it, where SEAS{HELL} and RAISE {HELL} intersect.

The fill is relatively clean since there are just the two traditional theme answers and they’re not in the same areas of the grid as the diagonal swath of triple-checked squares. AGA, ANNI, ANODIC, APER, and VEE are blah, but fair game for Thursday solvers.

I like this one. Mae Woodard (suspected cruciverbonym of editor Mike Shenk) switches L(eft) and R(ight) in various phrases to create wackiness. Note that there is only one L and one R per entry, and each L/R pair is contained within one word in the entry. This type of consistency in the little details is what makes a puzzle elegantly satisfying. 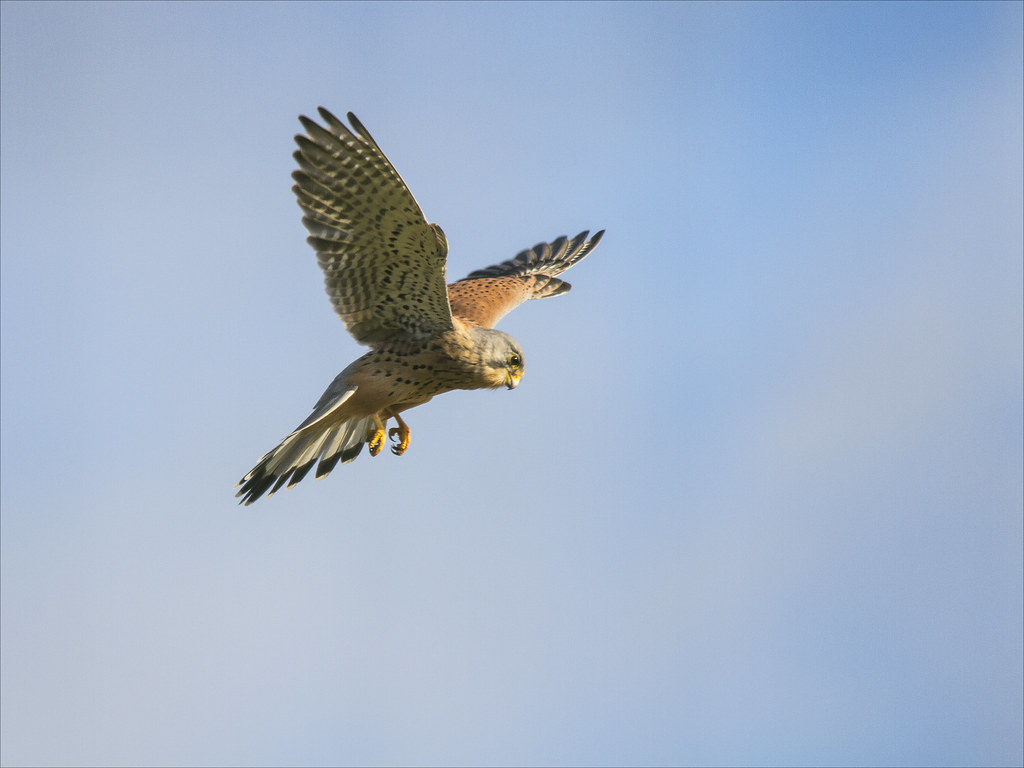 Long non-theme fill includes VICTORIOUS, LISTENS IN, and IN ARREARS, but my favorites are COUNT NOSES and KESTREL. Spotting a KESTREL hovering over the fields in Suffolk, England was not uncommon for me.

The puzzle didn’t seem as tough as a typical Thursday at the WSJ. Sorting out the theme took some doing, of course, but in general the clues weren’t so tricky. I did run into a roadblock in the SW with the unexpectedly slangy BAG IT next to the could-mean-anything EDUCE. I did like the clue for GUST [Hat remover], though.

Fun puzzle with a good, and well-executed theme. I leave you with Dr. Teeth and co. and their classic number from 1979’s The Muppet Movie. Totally forgot to time this one – I blame putting a lot of my mental energy towards starting a new job! Anyways, here’s this Thursday’s BEQ puzzle.

I got tripped up on a (non-BEQ) puzzle with a similar trick a few weeks ago, and apparently I didn’t learn my lesson, because I initially thought this was a rebus puzzle until I couldn’t get the down clues to resolve correctly:

I nailed LISTEN IN and WHITE NOISE (one of my favorite novels) immediately, but I mistakenly assumed they were rebuses rather than literally “hanging” the ten down in the clue.  After 4 years of solving creatively designed puzzles, you’d think that as fast as my brain realized I was hanging tens I would’ve actually hung them.  Alas, a bit of a wipeout for me rather than a hang ten. Continuing offbeat theme week, today’s puzzle has foods without the common letters G-L-U-T-E-N in their names. I hope no coeliac sufferers eat SHRIMPSCAMPI with pasta or ROCKYROAD with biscuits thanks to misinterpreting the theme (the capital letters should clue you in not to take things in the standard way!) Of course, if a gullible, pseudoscientific hipster eats such I would take great joy even though literally nothing would happen.

The kinds of food are a somewhat loose arrangement: a cut of meat, BABYBACKRIBS, with no animal specified; a food animal, SWORDFISH; a dish, including the name of the animal, SHRIMPSCAMPI; and a dessert fittingly as a final course – ROCKYROAD.

Not sure [Not very exciting], DRAB is the way to open one’s puzzle… MAZURKA and EVILEYE lend an Eastern European flavour to the puzzle, with BASEPAY, RECROOM and DORAG also among the more interesting longer answers.

I had no idea DISCO was specifically a [Summer genre]? Oh, Donna. Um, never mind. I knew that all along. Of course. Good clue! [Scoop or poop], INFO was also a fun, dabbling in that cruciverbal taboo of all things scatalogical. Hello there, everyone! Today’s crossword solution, brought to us by Mr. Bruce Venzke, provides us a theme in which we have to produce three different definitions of the same word, the word being racket. And, once again, the spelling of “racquet” as it pertains to the sport of tennis is left in the cold.

The people at CrosSynergy must have known that I was covering tennis right now (at the US Open for qualifying before the main draw starts on Monday), because there have been three different tennis-related theme entries this week: “Tennis Oboe,” (play of tennis elbow) “Tennis Coach” and now Tennis Implement. How about that?! Lots of nice fill, and I especially liked the fill of CUTENESS as well as the clue (40D: [Puppy’s asset]). Maybe it’s because I’m in communications, but PROMO stood out to me as well, and I don’t think I’ve ever seen that in a crossword before (10D: [Teaser ad]). Sadly, the tennis has come to a HALT because of a rain delay, though that has allowed me to be inside a little longer and do this blog (51A: [Military command]). Once the rains pass, going to head out and get some of the U.S. Open’s famous seasoned waffle fries! Waistline be damned!

“Sports will make you smarter” moment of the day: WALES (27D: [Country on the Irish Sea]) – I just saw the UEFA Champions League Group Stage draw earlier today and, after the draw, the European player of the year award was announced. One of the finalists was Real Madrid striker Gareth Bale, who not only helped Real Madrid to their 11th Champions League title, but also led his country, WALES, to the semifinals of the European Championships earlier this summer.