Theme is three-word song titles where the first two words are the same.

Solid quintet. Some songs are obviously superior to others, and I’m sure that we all agree which ones are which.

Hidden word theme today, that word being FEAR in light of, you know, Halloween and all. Fine Monday theme. Plus we get a heaping helping of Halloweeny fill: PENTAGRAM, SORCERERS, ZOMBIE, GHOST, HAGS, and BATS. 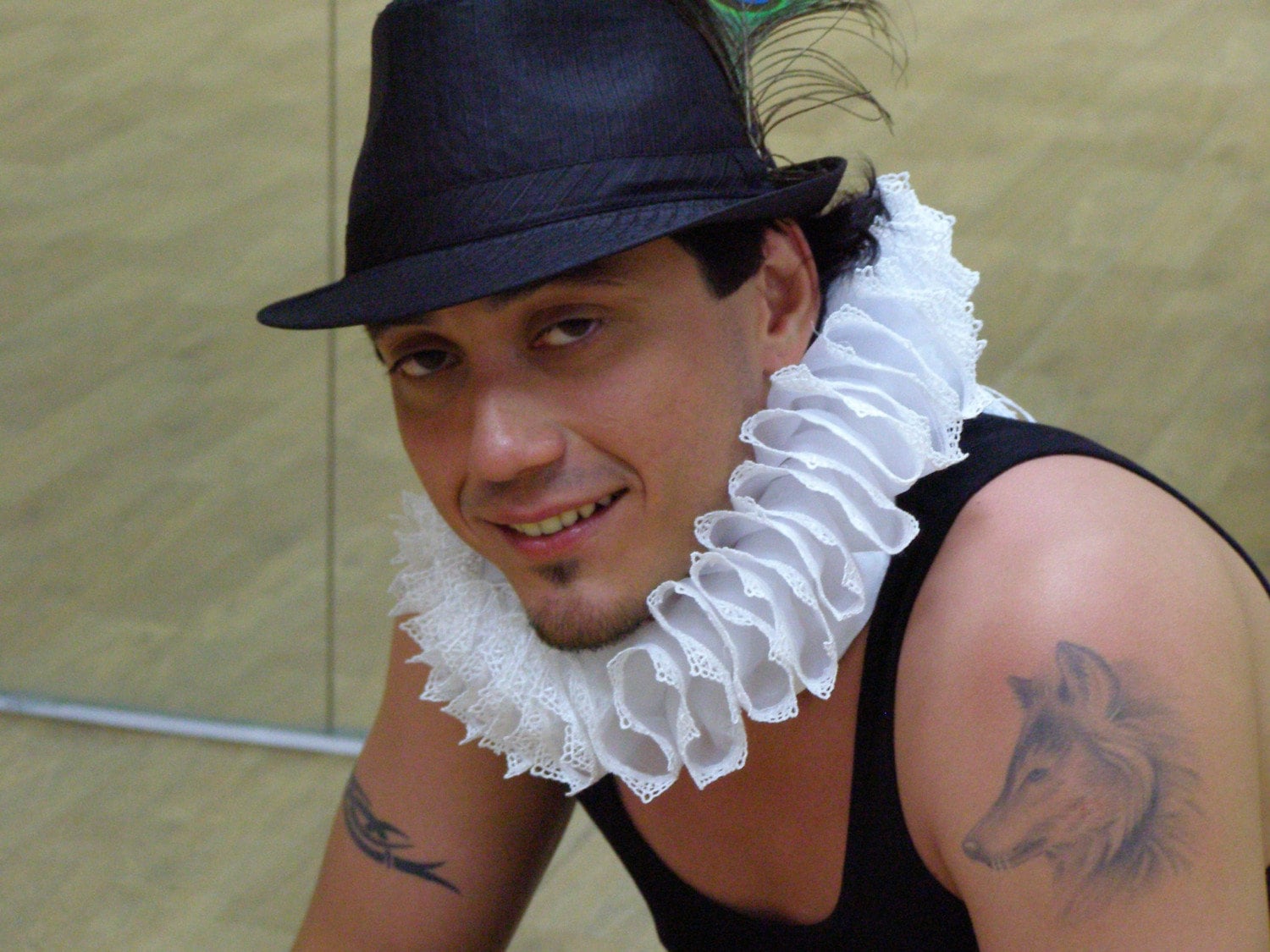 I wasn’t sure about I GOTTA (9d, [“You can’t stop me!”]), but it’s growing on me. The other unusual entry is RUFFS (35a, [Fanciful collars on Elizabethan costumes]. This one’s new to me. Seems like it ought to have some other more fanciful name. Did you know RUFFS are still part of the formal attire for the Church of Denmark?

Not much else to say, but in this case, I think that’s a good thing; it means the grid is solid and mostly clean. Happy Halloween! One-across gives us [Words before “Tricked you!”] HA HA. As in, “you think this is going to be yet another Halloween-themed crossword puzzle”, but no (7d UH-UH). Despite 46a [Halloween goodies] TREATS. Oh, but for good measure on the ultra-short reduplicatives: 15a [Syllables from Santa] HO HO. Too soon for Christmas, you say? HA! 44d [Santa’s landing spot] ROOFTOP.

Moving on to the actual theme, there’s a revealer at 52a [Stack for the bookkeeper to pay … or, literally, what 20-, 33- and 40-Across’ first words constitute] PILE OF BILLS.

I guess it’s Hickok there, so that all three are legendary Old West figures—real, fictional, quasi-fictional. But “literally” a “pile”? Hm, not quite a mess. It’s a slightly stunt-y grid, so there aren’t a lot of obvious seeds beyond 1A. The focus appears to have been on keeping the short fill in check rather than including splashy entries. The two AT bottom stack was especially lacking in the latter regard.

Do you believe NYES is a valid plural abbr.? I am skeptical. Some of you may need clarification on the link between FOGERTY and “Born on the Bayou”. John FOGERTY was the lead singer of Creedence Clearwater Revival, going on to a sporadically successful solo career. You are also forgiven if you confused [Greek city where St. Andrew was crucified], PATRAS with St. John of Patmos…