So my good friends the asterisks are back this week, serving again to denote the four theme entries, but there is an additional theme entry without an asterisk that we are in search of this week. Here are the four identified theme entries:

Looking more carefully at the other clues, we have five that aren’t starred, but have an enumeration following them in parentheses. These are:

So my first assumption was my missing theme entry would be paired with one of these five other clues and I needed to match four of them with the theme entries that I did know about. My first step down the meta path was to recognize that a rainbow has seven colors (including RED), which might explain the seven in parentheses after that clue. Here are the others: 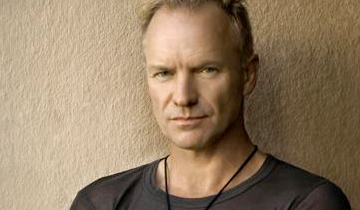 Next I had to pair these with each theme entry, taking into account the “Three of a Kind” title. Would three of each set lead me to an entry? This didn’t seem likely. How about finding in each set a member that has three letters? These are highlighted in each entry above, leaving a three-letter element. TIN came to mind, and I found it (appropriately) hidden in the center down, 28d. STING, our meta solution.

A really nice meta–Matt had to find sets where there was only one three-letter member and find a way to include them in clues for entries unrelated to the set. My only nit is that the clues refer sometimes to the collective set (“The Brady Bunch,” rainbow and zodiac) and other times to the individual member names (months and elements, although each is at least pluralized). I had a couple of missteps in the fill–choosing GOT OVER before GOT PAST and SEETHING for FROTHING–but both were quickly corrected with the crossings. SHIITAKE is such an interesting spelling, I had an initial idea that would be our meta solution. SUNSHINE was another possible entry, given its connection to representing all the colors of the rainbow, but I have learned not to trust my initial solutions without taking all the meta data into account.