As usual, I’m impressed by the number of theme answers Evan managed to include while still keeping the grid relatively clean. It’s certainly a theme type he’s comfortable with, and although I’m tempted to say it’s “very familiar,” I also need to remind myself that A) it’s high quality and B) it’s fresh and friendly to the masses.

Not too much else to say about this! Your thoughts?

Overall, fun and easy puzzle. And another perfect title. 3.25 stars from me. 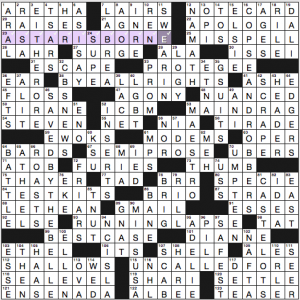 The theme answers are formed by adding a silent E to a word in each familiar phrase and cluing the resulting phrase accordingly. The title feels contradictory since the E at the end of finale is not silent! Here are the themers:

The theme is pretty solid, though somehow EITHER ORE was the only themer that amused me.

Vocab word of the day: 88a. [Inducing forgetfulness], LETHEAN. Related to the mythological river Lethe.

Unexpected echo: Albanian capital TIRANE across the way from a TIRADE. I was going to guess that TIRANE TIRADE has been used as a themer in a change-a-capital’s-letter theme, but instead I find that Joon and Andrea Carla Michaels used this capital in an anagram theme, 2010 WSJ TIRANE RETINA. Here’s PuzzleGirl’s review of that puzzle. 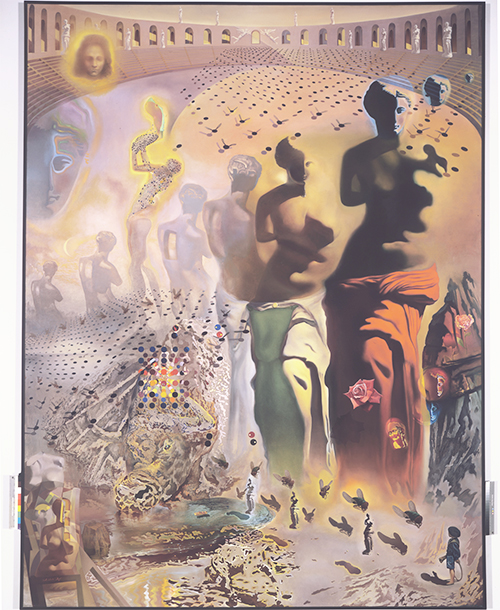 I enjoyed this crossword. A lot. Solving by hand, it took me just over 21 minutes, which puts it on the easy scale. The title comes close to saying all one needs to know about the theme. Theme answers are two-unit offerings, the name of a city plus an anagram thereof that passes as the “team.” And so we have:

If you’re doing the math, that’s ten horizontal theme entries, totaling 112 letters–impressive! It does cut down, though, on other fill opportunities. Non-theme matter that caught my attention included:

Kudos, Emily and Henry! My rating of 3.5 stars is based on difficulty alone.

We have a nice Sunday crossword stroll from Gail. As the title suggests, the “for” is “gone” from each theme answer. Wackiness results. 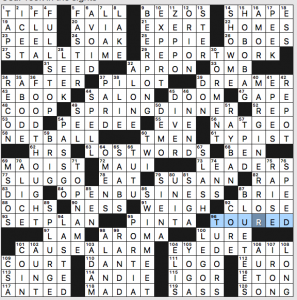 We’re about to leave to take the returning college student to the airport (sniff) so I’ll skip right to “what I didn’t know before I did this puzzle:” that BLUE TEES  are the [Challenging golf hole starting points].