Theme: Each theme answer has a feeling embedded inside of it, marked in the puzzle by circled letters. 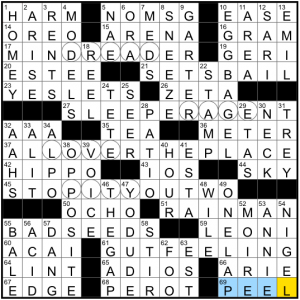 Happy New Year, everybody! And happy NYT debut to Beth Rubin, one half of the construction duo for today’s puzzle! As someone who loves to construct with other people, I always get excited when I see a co-constructed puzzle because I firmly believe getting to talk through and play with theme/fill/clue ideas with someone else prior to submission makes a puzzle better.

I thought this was a solid execution of a classic “hidden word” theme type. It’s nice that the feelings all span at least two words, which makes finding them as a solver feel much more satisfying. When I got that the first two theme answers hit DREAD and RAGE, I thought that the revealer was going to be something much darker than GUT FEELING. Speaking of, does “gut” here just refer to the feeling being in the middle of the phrase? If so, it might have been elegant if the feelings were hidden in the exact middle of the words rather than just “not the start/end” as they are here. But I like all of the theme phrases that were chosen (ALL OVER THE PLACE in particular is a nice spanner), so that’s a very minor nitpick.

By far my favorite thing in this puzzle is EGG BAGEL, I enjoyed the slight misdirection on 22d [“Forever” purchase] for STAMP – my mind immediately went to something like a diamond ring! I also like YO DUDE and THE GAP down at the bottom. I worry a bit about the southeast corner in terms of fill – there’s a big pile of names there with ANNIE, NIGEL, and ARIE, and MOIRE is a pretty difficult word on Monday. None of these taken individually are a problem, but if a solver didn’t know any of them (especially as NIGEL and ANNIE as clued both come from the photography world) they might have an issue finding a foothold. 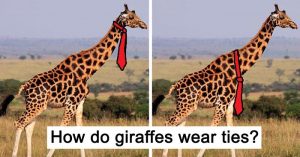 Looking first at today’s puzzle on the main WSJ puzzle page, the title of this grid is “Halloween Words” which I thought was odd for the third day of January. But clicking through I saw the actual correct title is “Hallowed Words.” 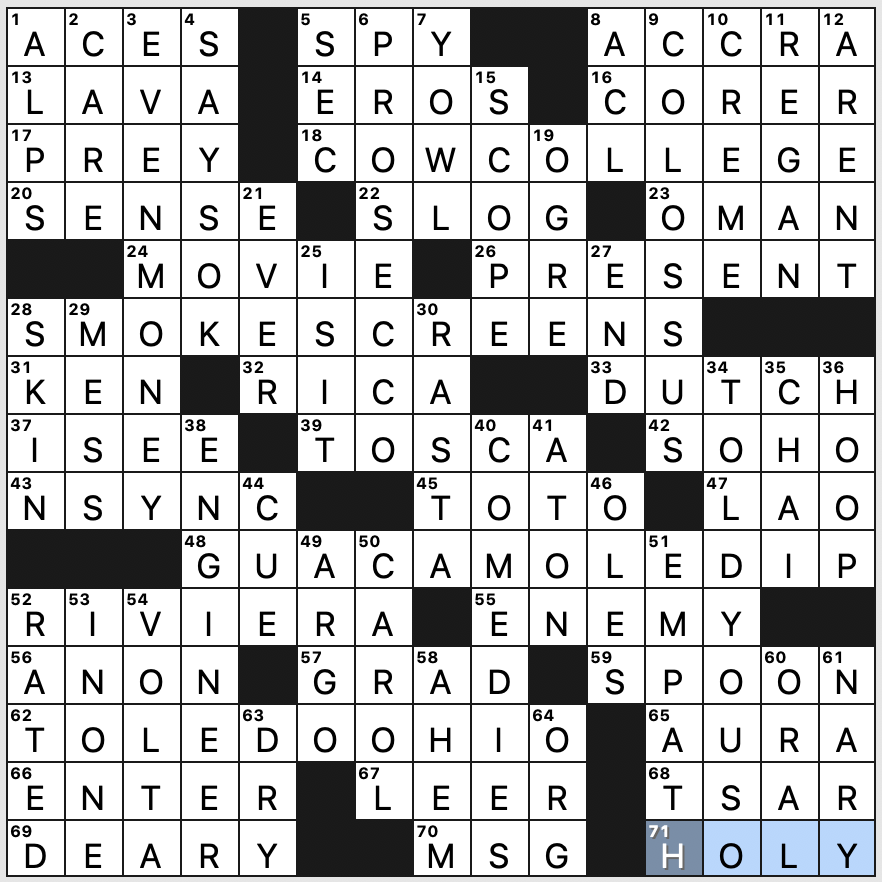 Holy cow, holy smoke, holy guacamole, and holy Toledo! Ha! A fun set. I appreciate the consistency here in that all these words that follow HOLY make for interjections, not standard phrases like Holy Land or Holy Grail. I’m sure that’s by design and that makes for a tighter theme and more fun. Nice touch!

Fill faves include COLOSSUS, “TOLD YOU SO!”, EVEN MONEY, RIVIERA, and PROSECCO. The rest of the fill is quite clean though the crossing of proper nouns ACCRA and REGAN isn’t ideal (though R is the only letter that makes much sense there).

Clues are Monday smooth, so I will leave it there. A fun, quick grid. Holy Four Stars, Batman! 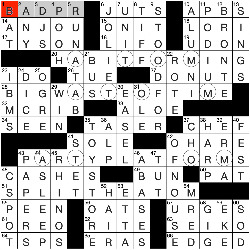 Afraid I don’t have a lot of time today to do much more than explain the theme. The revealer at 51A [Nuclear fission phrase, and a hint to each set of circles] gives us SPLIT THE ATOM. Each theme phrase has ATOM spread across it in the circled squares.

I would’ve liked to see this theme executed with phrases that each started with A and ended with M, although the way it was done is perfectly fine. I could do without LIFO, TASER, and MR. ED in the fill but liked seeing Margaret CHO, TOY STORE, and MCRIB. 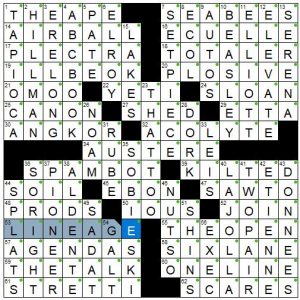 Ugh, back to work. But at least I got this doozy from BEQ this morning to sharpen me up.

Wide-open corners like this usually mean some questionable 6- and 7- letter entries, but they also make turning a foothold into a completed section particularly satisfying. I had the toughest time in the NW corner, but once I got going it moved alright. Let’s go right to notes: 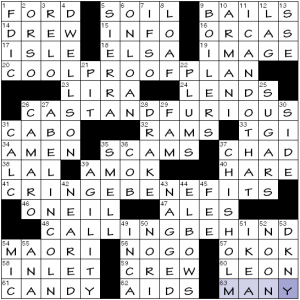 This one needed the title to provide a rationale, such as it is. Phrases beginning with the letter F have it changed to C—Fahrenheit to Celsius—to wacky effect.

Strikes me as an insubstantial theme, just not enough holding it together, but I guess it provided a yuk or two along the way.

Theme: The word LAP is contained within each of the theme answers. 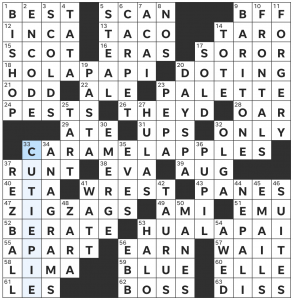 Good morning folks! I hope your 2022 has been safe, healthy, and peaceful so far. I was surprised to see a symmetrical grid from Erik. Both of the vertical stacks in these (I like to call vertical stacks “colonnades,” a word which refers to a row of columns) were nice, but the SW one was particularly good, with REZ BALL, CUTIE PIE, and ANAGRAMS. That could have easily been a corner in a themeless puzzle. The clue for ANAGRAMS was tougher than I’d expect from USA Today– Rico Nasty and Satyricon are both musicians, but they are also anagrams of each other.