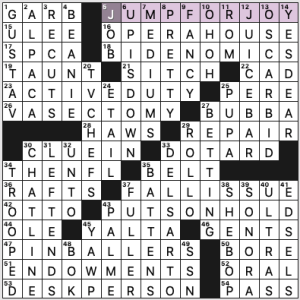 Tough one, eh? A striking grid to approach when it was blank—all that long fill bumping up against the nine-row diagonal line of blocks. 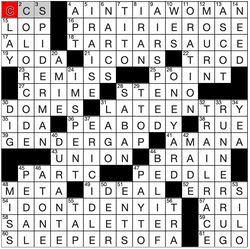 So do we think C.C.’s being self-referential in starting this puzzle with CCS [Includes, briefly] at 1-Across? I wouldn’t put it past her. Some interesting points and highlights from this puzzle:

My one beef is that it’s a bit too easy for Saturday! 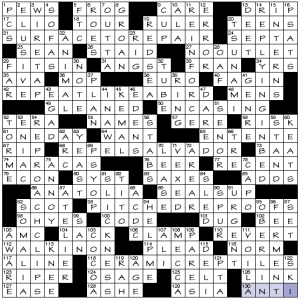 They aren’t so secret, these agents, or REPs. In fact, they’re inserted quite openly into original phrases, altering their meanings.

Not a WOW theme, but it gets the job done. 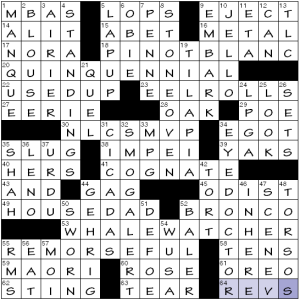 This one bent to my will rather easily, and surprisingly. Time would have been even a bit faster had I not erred at 50d [Renounced, with “off”] by putting in SWORE rather than SWORN. Took a run-through to notice that 62a STEIG wasn’t cartoonist/author William but [Cop op] STING.

Nevertheless, there were enough clues that were straightforward *enough* to verify crossings and get things rolling—and continuing—rather easily. 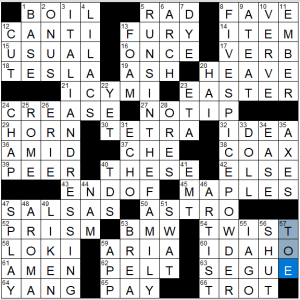 Three grid-spanning, down-running themers, each ending with a type of room:

Squeezing this in today so have to stop here. Cheers!