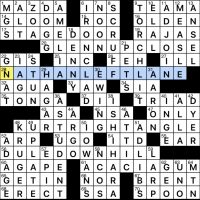 I don’t love when words crucial to the theme are found in the fill, such as 49d. UP LATE. 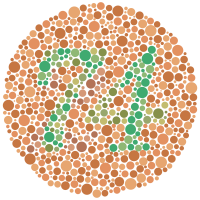 Theme answers consist of phrases re-imagined as if they were crimes. The revealer is CRIME SPREE (31d, [Rash of unlawful activity, as featured in this puzzle]). 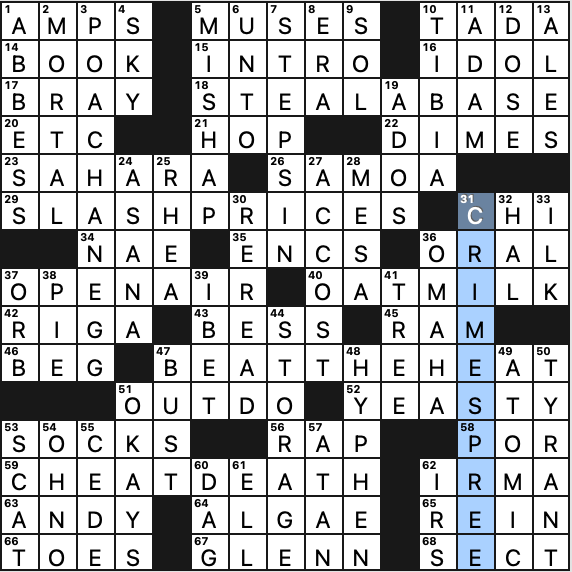 Not a bad theme. I could tell what was going on with the first theme answer I uncovered (3d), but it still kept my interest throughout. I found BEAT THE HEAT and CHEAT DEATH to both be especially good.

I will say that I think the revealer is not as strong as I’d like. It doesn’t have anything to do with the fact that we’re playing with words here, and it itself does not have any jokey wordplay that I’d expect. If I may offer an alternative revealer, I’d have gone with WORD CRIMES [Weird Al song for grammarians, or what the theme answers are, in a way]. That is, these aren’t real crimes, but we might consider them as such when we play with the words.

Having theme answers in both directions means there’s not much room for long fill. But the four 7s radiating from the center make a nice set (OAT MILK, OPEN-AIR, STEPS IN, STORAGE). 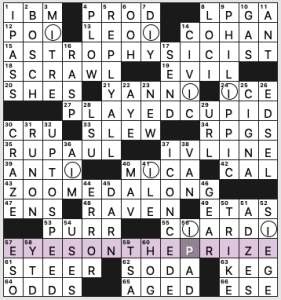 Theme explainer in this 14×15 grid is 57a. [“Stay focused”… or a punny description of the placement of this puzzle’s circled letters], EYES ON THE PRIZE. The circled letters are all I (“eye”), and each pair of I’s are parked above the first and last letters of TROPHY (within ASTROPHYSICIST), CUP (within PLAYED CUPID), and MEDAL (within ZOOMED ALONG). It would have been more elegant with no other I’s elsewhere in the grid, but it would have wrecked the solving experience to restrict things.

Fave fill: RUPAUL, UP TO SPEED, the dreaded large-group REPLY ALL.

Editor:  Anna Gundlach and Erik Agard
Theme: Each theme answer ends with a type of tie 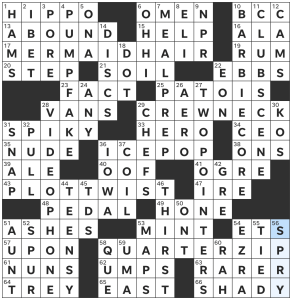 Simple and well executed theme today! I liked all the answers Brooke chose, although I thought that [Tress style named for a mythical sea creature] was “fishtail braid” for an embarrassingly long time (note to self: fish exist). QUARTER ZIP feels very fall appropriate, and it’s a phrase that starts with two rare letters in Q and Z so that’s neat. I didn’t love that TIED was randomly down in the bottom right corner of the puzzle – if it’s there, just make it a revealer, or else take it out. But maybe I’m the only one bothered by that….

So many great bonus answers today (especially if you’re a basketball fan!) Basically every answer over 6 letters is worth mentioning here, which is an incredible use of space. Loved PUMP FAKE, BARBIECORE, CLUB SCENE, VIDEO PHONE, MEAL PREP. 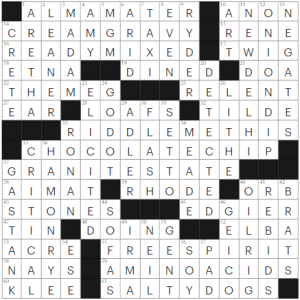 Well this was a really super themeless. Flowing, reverse S-shaped structure, with lengthy stacks in the top, middle and bottom sections. Very little if any junk in the fill.

This was a cute puzzle! I’m glad I solved it on Monday since Tuesday is erev Yom Kippur and not a day when I want to really think about food. Each theme answer is a double-barreled ingredient. 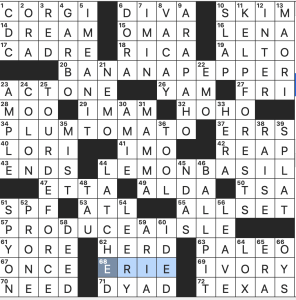 And the revealer at 57a: [Supermarket section containing each component of (as well as the complete answers to) the starred clues] is the PRODUCE AISLE. Plus we get two extra theme-related answers: [57-Across spray] for MIST and [Bad sound in the 54-Across], SPLAT. Fun! I do take issue with one thing. We have a wonderful produce section in our local Wegman’s and they do not regularly have LEMON BASIL. This is not a serious objection to the theme.

What I didn’t know before I did this puzzle: that the ERIE Canalway Trail is 365 miles long.