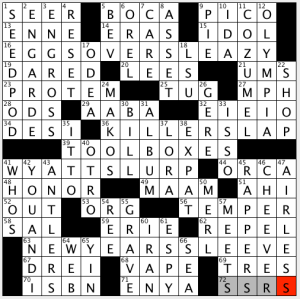 Today’s puzz has one of my favorite kinds of themes: the word manipulation sort. In this iteration, the letters “S-L” (as in SLy...) become prefix-like formations added to the opening sound of the last word of a well-known base-phrase (or base-name). New phrases follow—and with some humorous results at times. These new phrases rhyme with the originals, but spellings do change to accommodate what’s been promised in the question-marked clues.

But not only do we get this well-executed, word-playful theme set, the grid itself has those lovely wide-open corners in the NW and SE, with room for triple seven-columns; and double descending eights in the SW and NE. (It’s those 14-letter themers that force the black squares into those two corners.) But what good are said wide-open spaces if they’re not filled well? Have no fear. The opportunity for wide-ranging, strong ‘n’ lively fill has been optimized with the likes of SEED POD (and its culinary-friendly clue [Vanilla bean container]), “EN GARDE!,“ ENGROSS (no, not “EN GROSS!”), RAPPERS [Gucci Mane and Childish Gambino, e.g.] (the latter being the ubiquitous Donald Glover), author John CHEEVER, AIRLESS, YOU AND I, ANTLERS, COZUMEL and OLYMPIA Dukakis. Good stuff all. Liked the way, too, that COZUMEL [Mexican resort south of Cancún] dropped down from the “C” of [PICO de gallo, Mexican menu staple]. Oh—and right smack dab in the center, running horizontally, is the nine-letter TOOL BOXES, ambiguously and wittily clued as [Handled things for a handyman?], where handled is an adjective and not a verb. Nice.

Whether it’s there by choice or by chance, I see a marine-life mini-theme running through this one as well, with ORCA [Star of a whale-watching cruise] (ever been on one? When you’re lucky enough to have any sightings, it can be a humbling kind of experience because they are soooooo big…); AHI [Sashimi fish] (which occupies squares just below ORCA, kinda “food-chain” style); MAKOS [Some sharks] (dangerous waters here…); and finally a place that pulls them all together, the SEA [Salty expanse].

One combo that felt off to me was the [Singer Sills, to pals] BEV pair. Now BEV is absolutely a nickname for Beverly, but from childhood, Ms. Sills was known as Bubbles (which is also the title of her autobiography). Maybe her pals called her BEV. Hard to know for sure, but it’s that iffiness that makes this pair feel arbitrary to me—merely a way of dropping Ms. Sills’s name into the puzz. But what a name. If you get a chance, do try out that first link. It’ll take you to her obit in the NYT. And then, read thru to the end. What A Life. 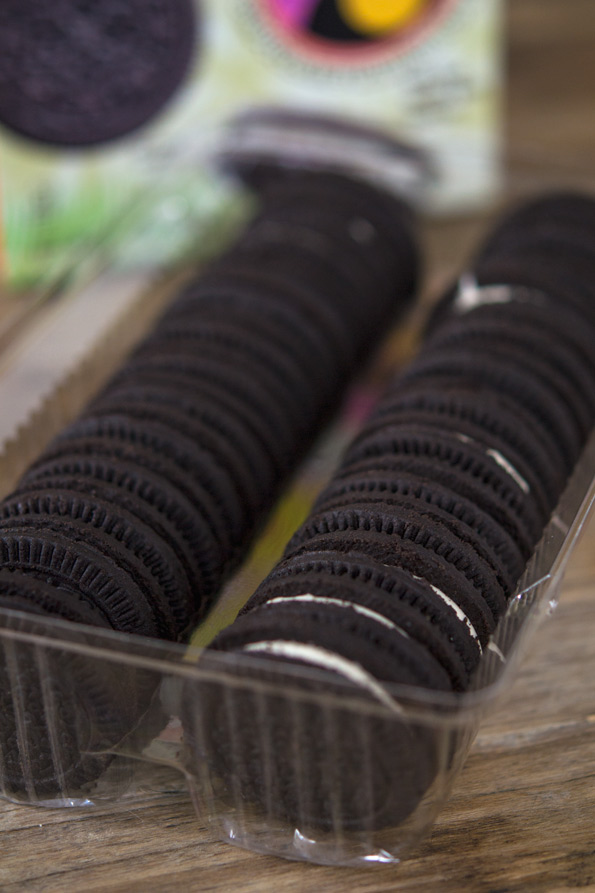 A SLEEVE for you and one for a friend!

And that’ll be a wrap for today. It’s almost like we skipped spring and went directly to an erratic summer weather pattern here in NYC. More (consistently) temperate where you are? Here’s hopin’! In the meantime, stay cool—grab a SLEEVE or two, pour yourself a glass of milk and keep solving!

Before I get to my review, I’d like to thank the men of the Internet, collectively and in advance, for never failing to point out in public whenever women make minor errors in things like tweets and blog posts. Keep it up, dudes! Women love that kind of thing! If you ever meet in person, she’ll definitely be your friend! 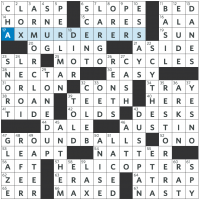 We also have [22d: Wheat whackers]: SCYTHES, which makes me think that the term of venery for AX MURDERERS must a be SCYTHE. Had not before seen the spelling of [1d: Tea in China]: CHA. Here’s the character: 茶.

I have a dispute with [64a: “It’s ___!” (crook’s cry)]: A TRAP. Although Admiral Ackbar may bear some resemblance to Richard Nixon, he is not a crook. Also, do yourself a favor and don’t Google-image-search “admiral ackbar meme.” There is some weird, weird shit on the internet. 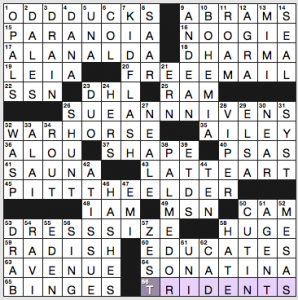 I wonder if the constructor started out with a TRI-DELTS sorority angle. And I am a sugarless gum fan, so I’d have liked to see singular TRIDENT and ODD DUCK, drop a DRESS SIZE. 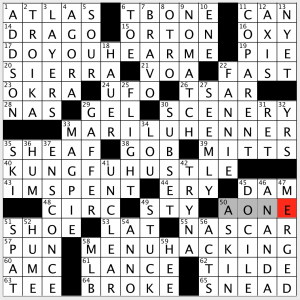 This week’s Jonesin’ has interesting phrases for theme answers that all have the letters UH in order. Before we discuss my opinion of these, here they are:

Lots of fun. I have one minor gripe: I would not have any other instances of UH in the puzzle. The HU in HUME at 52D is easily changeable, the HU in HUM at 36D, not so much, with 35A sandwiched between two theme entries. I may be nitpicking, but that is one of the first things I checked upon finishing. It doesn’t detract from the puzzle at all; it just tweaks my minor OCD! Still a solid 4.3 stars for another fun Jonesin’. 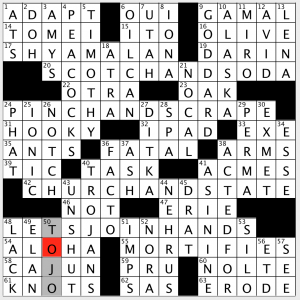 I didn’t get this theme at first. I must be stressed out, because it isn’t that difficult. It took me a beat or two to find the HANDS hidden in the them answers!

I thought the theme was just dealing with the AND aspect, until I realized each entry’s first word ended in H and the second started with S. Genius! Or maybe I am easily impressed! Or sleepy. I am almost done with my Masters in Accounting, and I can get back to my life once it is done! A solid 4.4 stars for this Tuesday puzzle.

Not much else to say. Back to my studies!