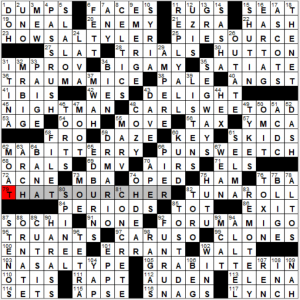 In which one of the five common tastes is inserted into the middle of a word to create a silly phrase: 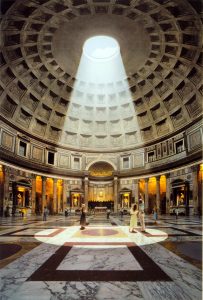 Sunlight through the Pantheon’s oculus 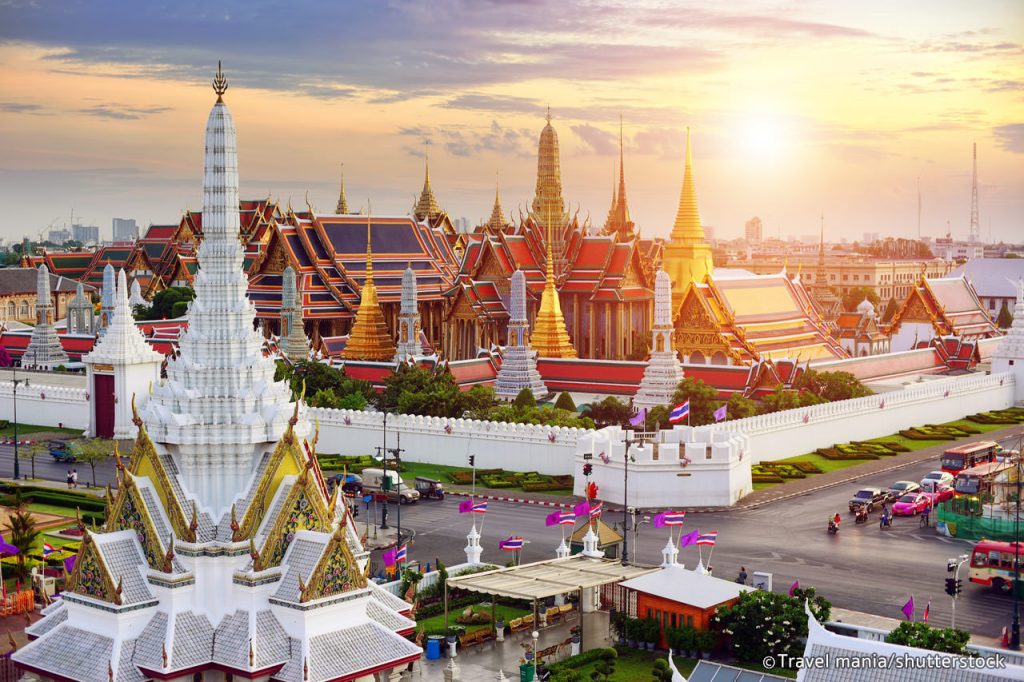 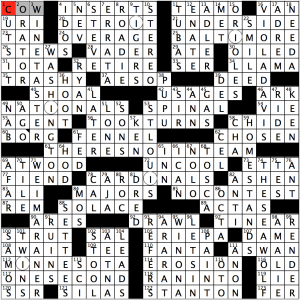 Hey y’all, Erik here – apparently everyone else was busy today, some kind of auto racing event from what I heard?

Today’s theme is Major League Baseball, which is the The Beatles of sports, in that there’s a crossword about it every 5.7 days and yet my brain steadfastly refuses to retain any helpful information about it. I know Pete Best is the guy who can’t make it to the Hall of Famers because he did steroids, but that’s about as deep as my knowledge runs.

Thankfully, this particular theme was very accessible! At five places in the puzzle, the name of a baseball team is crossed with the city in which the team plays, but neither is clued in a baseball sense. For example, [Where techno music originated] is DETROIT; this crosses TIGERS, clued as [Aggressive types]. BALTIMORE / ORIOLES, WASHINGTON / NATIONALS, ST LOUIS / CARDINALS, and MINNESOTA / TWINS are the other pairings. They each meet at the letter I, which refutes the sports axiom THERE’S NO I IN TEAM ten times over.

I think this puzzle must have been deceptively hard to construct – lots of theme answer lengths that don’t quite match up, but the grid still has to be symmetrical. DJK (the constructor) did a good job keeping the answers accessible as well – ERIE PA, SSR, HOD, and ENATE are the only ones that strike me as arbitrary or arcane. Then on the plus side: TOOK TURNS, UNCOOL, NO CONTEST, FANTA, WINE TASTER, WEIMARANER, THE SEA WOLF, and probably the finest working actor in VIOLA DAVIS.

Thanks to Mr. Kahn and the NYT team for the fun solve. Hope you all have a wonderful rest of your weekend and Pride Month! 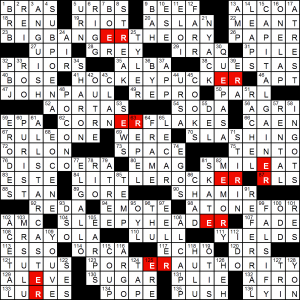 This felt like like a typical LA Times Sunday, for better or worse. I got the theme at the first entry I encountered, BIGBANG(ER)THEORY; that’s also my favourite theme answer. The problem is that, after that, there’s not too much surprise left. I also found the title inelegant, though effective. I’m not sure what role “Staff” is playing here. The rest of the set are: HOCKEYPUCK(ER), CORN(ER)FLAKES, LITTLEROCK(ER), SLEEPYHEAD(ER), PORT(ER)AUTHORITY, CAPITALGAIN(ER) and ALLSTARCAST(ER). I did not know what a gainer was (dictionary defines it thusly), which made that a little trickier. This theme has a heck of a lot of possible entries, but the ones used are all at least serviceable. 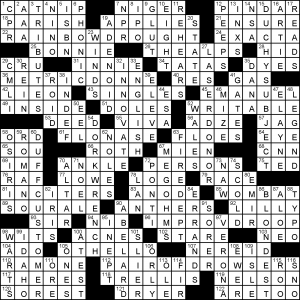 Hi, I’m back again. Everyone else is partying at the Indy 500, I believe. Anyway, the puzzle’s title sure didn’t make a lick of sense initially. It turns out to be an example of the theme, where a T sound is changed to a D and the spelling in the affected word changes accordingly. I think of these as something of a BEQ staple; he’s certainly ran a number of them on his website. The title’s base phrase is TORISPELLING, in case you were bemused, as I was. Theme answer recap time: RAINBOWDROUGHT (TROUT); METRICDONNE (TON) – I always pronounced his name with a short ‘O’; IMPROVDROOP (TROUPE); PAIROFDROWSERS (TROWSERS); DUCHYSUBJECT (TOUCHY); LASERDONOR (TONER); DORKWRENCH (TORQUE?); DUFFCUSTOMER (TOUGH).

Most dated-sounding answer: [Like disks that can store data], WRITABLE.

Most astonishing dupe: SORER and SOREST in one puzzle. Wha!? I’m guessing there aren’t too many pairs of eyes on these things…